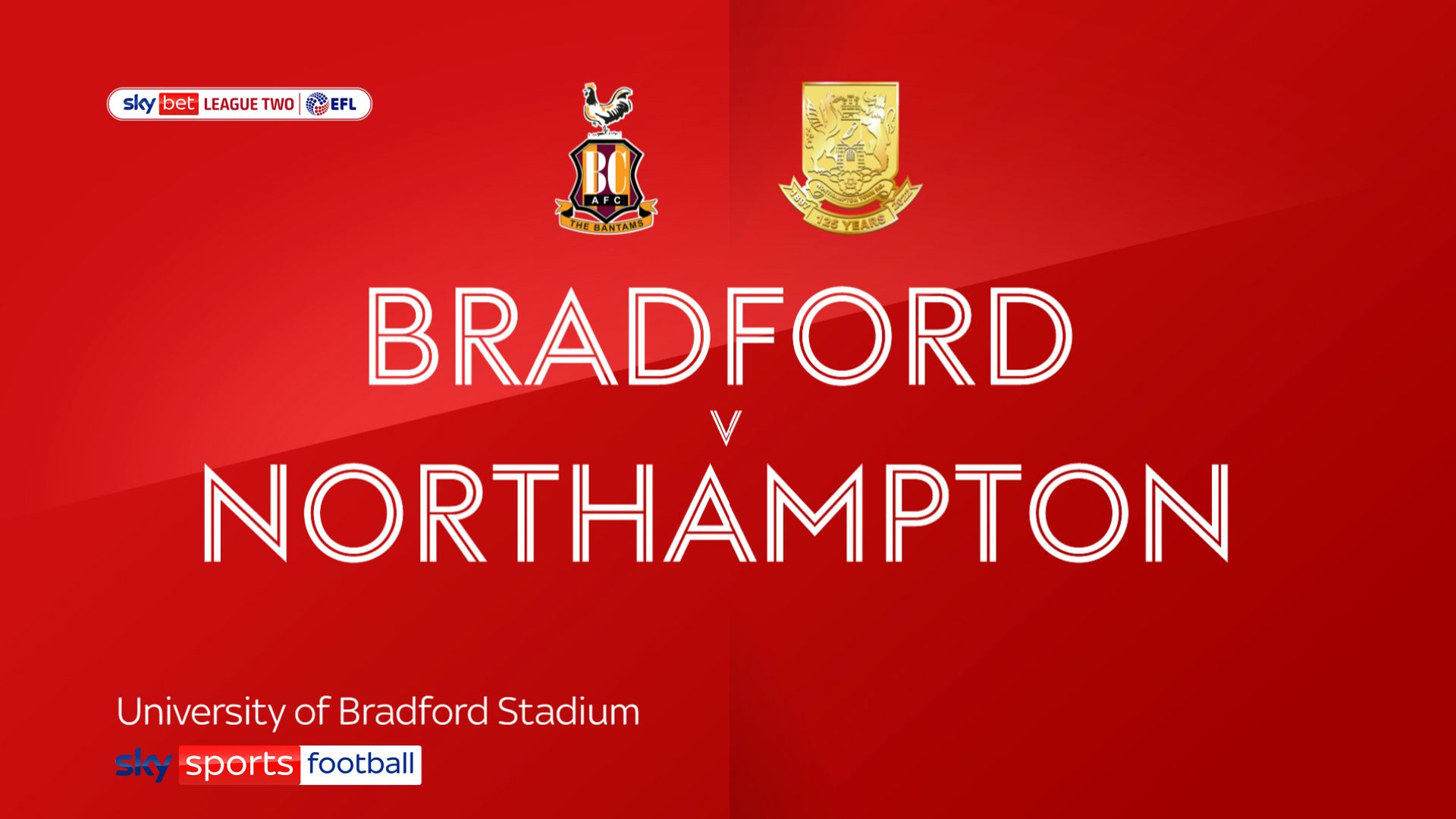 Northampton underlined their promotion credentials with an emphatic 3-1 win at fellow challengers Bradford.

The absence of Sky Bet League Two’s leading scorer Sam Hoskins did not hamper the Cobblers, who produced a commanding display.

Northampton took control with a double either side of the half-hour mark.

Bradford captain Richie Smallwood lost possession in his own half to allow Mitch Pinnock to fire past Harry Lewis.

Northampton increased the lead two minutes later as Shaun McWilliams combined with Kieron Bowie to cut up the home defence and score again.

The Cobblers should have been three up by half-time as McWilliams went through one-on-one with keeper Lewis, but he dragged his shot wide.

Pinnock blazed over on another break before Alex Gilliead hit the bar for Bradford.

Bowie and McWilliams were denied by good saves from Lewis as Northampton threatened even more.

Andy Cook pulled one back with a stoppage-time penalty for his 16th goal of the season.