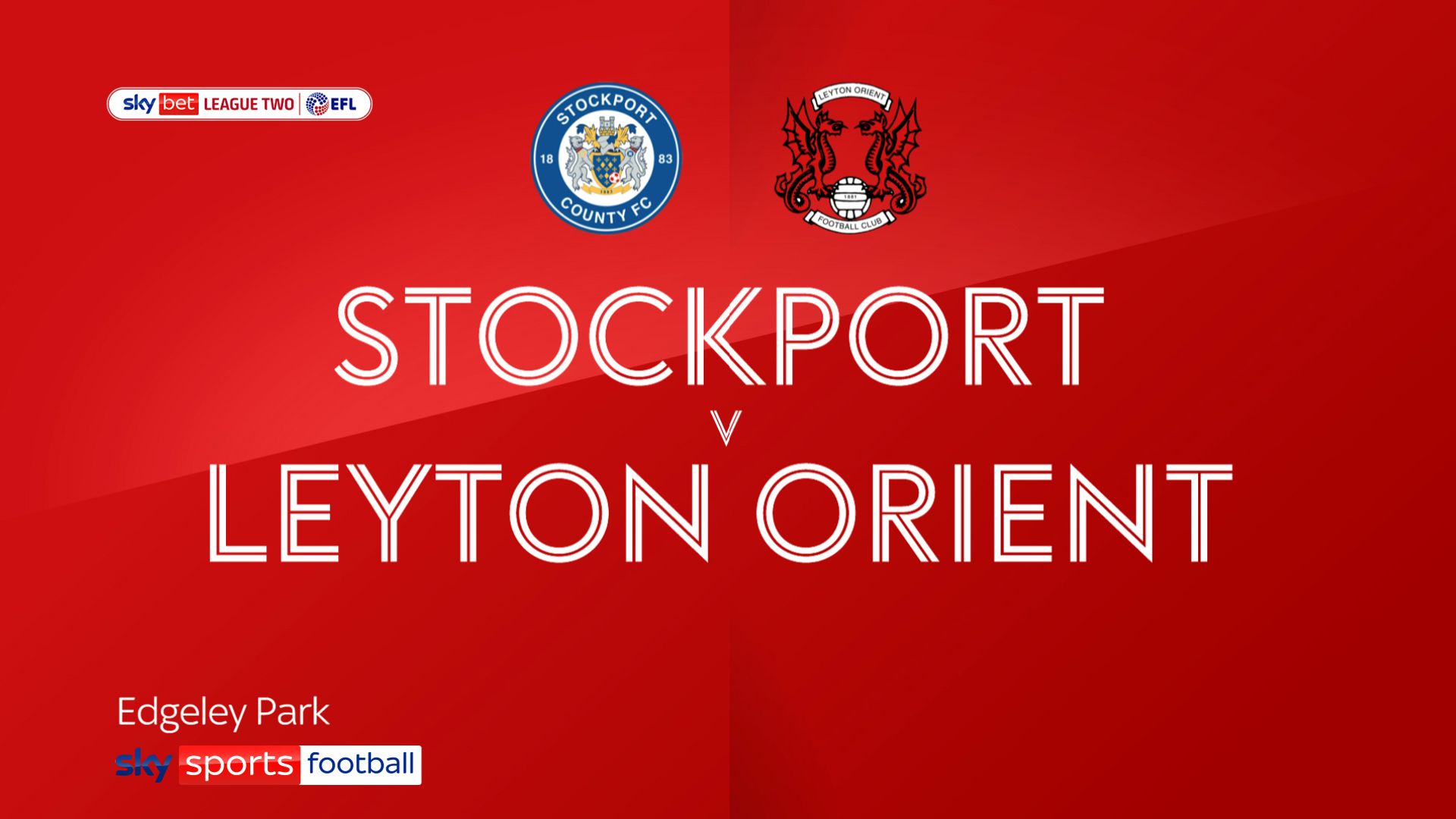 Leyton Orient extended their lead at the top of League Two to five points as they came from behind to beat Stockport 2-1.

The O’s triumphed in a high-quality encounter as the hosts were beaten for the first time in six league matches.

Skipper Paddy Madden flicked the ball beautifully into the path of Myles Hippolyte, who drilled it home from an angle.

Kyle Wootton also went close, before the away side – with boss Richie Wellens sat in the stands as he was recovering from illness – levelled after 20 minutes.

Omar Beckles flicked a throw-in across to skipper Darren Pratley, who thumped a header home.

It was Beckles who handed the O’s the lead midway through the second period.

Idris El Mizouni’s 25-yard pile-driver was superbly tipped onto the crossbar by goalkeeper Ben Hinchliffe but Beckles was alert to the rebound as he tucked the ball home smartly in front of the travelling fans.

Hinchliffe produced a brilliant stop to keep out Charlie Kelman’s half-volley late on.