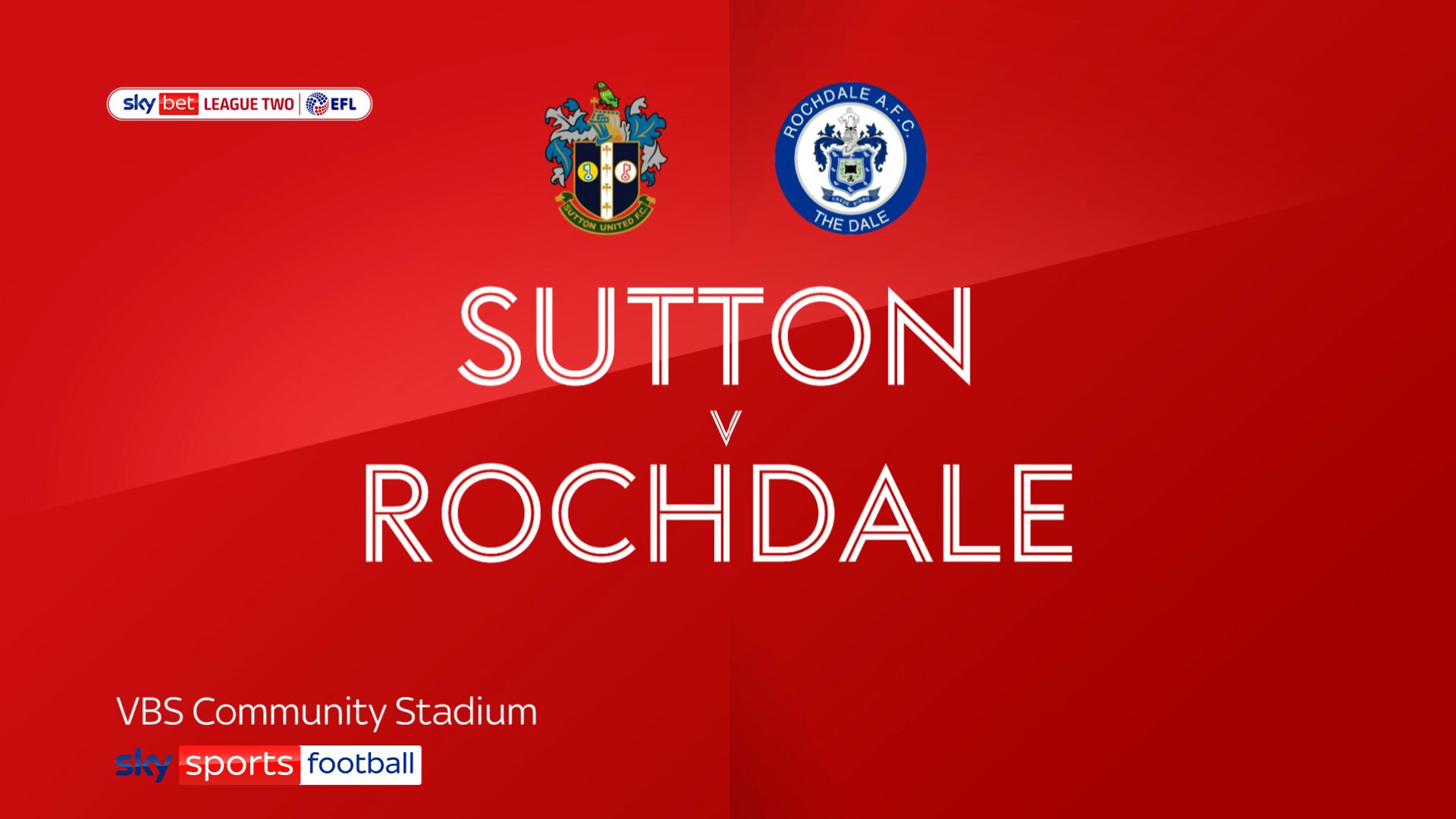 Will Randall scored direct from a corner as Sutton ended their four-game winless run win a battling 1-0 victory over League Two strugglers Rochdale.

The visitors had chances to get something from the game, but Matt Gray’s Sutton held on for a welcome win that moved them seven points above their opponents.

Ian Henderson and Scott Quigley threatened early on for Dale before the hosts went agonisingly close as Randall headed Enzio Boldewijn’s cross against a post before Richard O’Donnell held on to Kylian Kouassi’s follow-up header.

Randall opened the scoring seven minutes before the break as his in-swinging corner drifted over everybody and went in off the inside of the far post.

The woodwork frustrated the hosts after the break as Rob Milsom headed Donovan Wilson’s initial shot off a post.

Henderson squandered a great chance to level when he headed Ethan Brierley’s cross wide when unmarked.