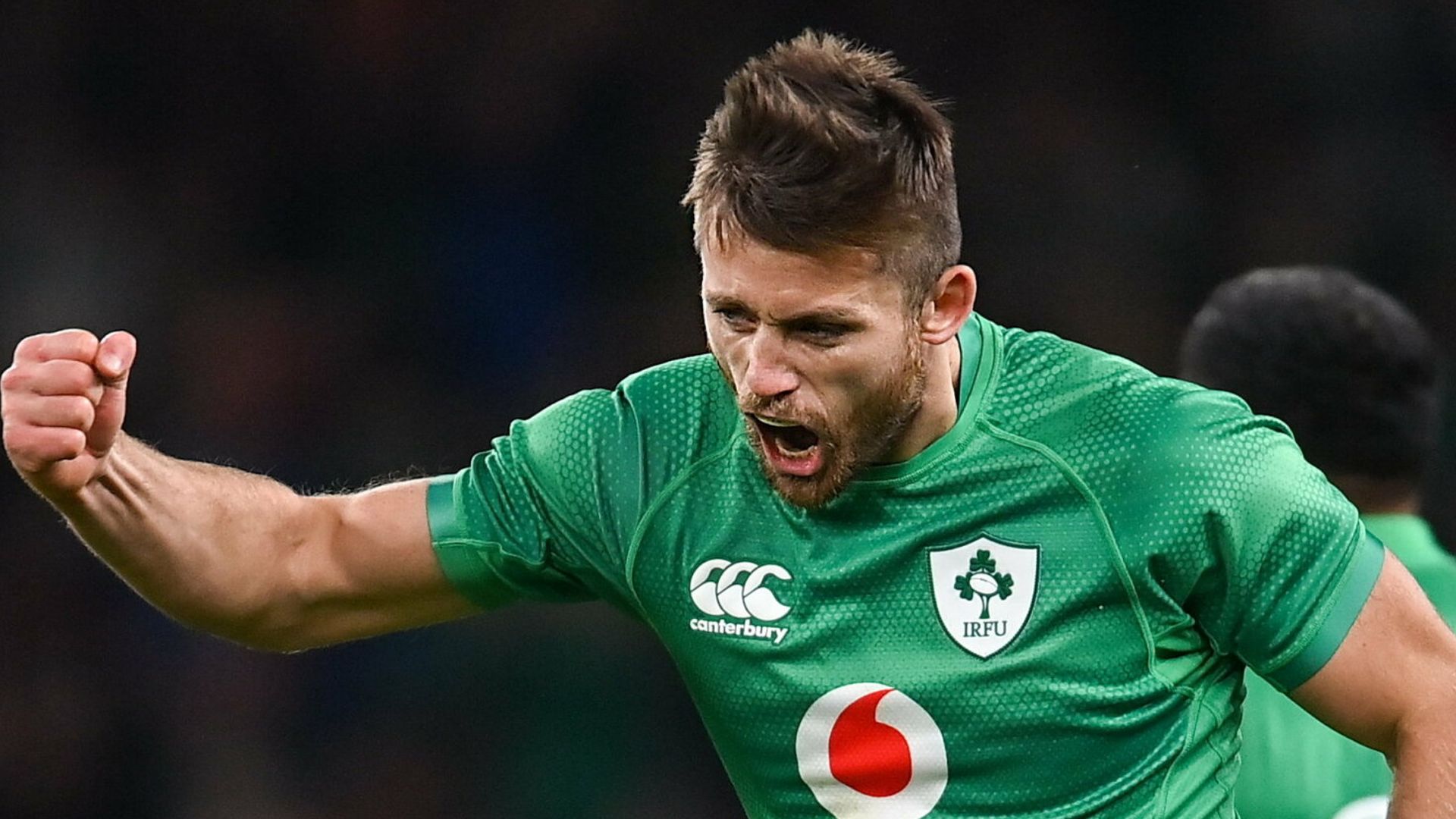 Bundee Aki marked his return from an eight-game ban with the opening try; Jordan Petaia crossed to level the game, before fly-half Ross Byrne won it for the hosts; Ireland are the first nation to beat New Zealand, South Africa and Australia in a calendar year since England in 2002

Ross Byrne landed a dramatic late penalty as Ireland overcame the loss of captain Johnny Sexton to cap a stellar year with a nervy 13-10 win over Australia.

Andy Farrell’s men struggled for large parts of a disappointing contest and could easily have ended 2022 with a serious reality check against opponents beaten by Italy just last weekend.

Ireland centre Bundee Aki marked his return from an eight-game ban with the opening try but the game remained in the balance in the closing stages after Jordan Petaia crossed for the Wallabies.

Ireland skipper Johnny Sexton pulled out late and was replaced by Jack Crowley at 10 – who only made his Test debut off the bench vs Fiji last week. Full-back Hugo Keenan and centre Garry Ringrose came in to start. Jimmy O’Brien kept his place from the win over Fiji to start on the left wing, as Rob Baloucoune dropped out of the squad and Mack Hansen swapped to the right. In the forwards, loosehead Andrew Porter, hooker Dan Sheehan, lock James Ryan, flankers Peter O’Mahony and Josh van der Flier returned. Bundee Aki was back on the bench after suspension.

Jack Crowley, who made his Test debut last week, was successful with both of his goal kicks. He was replaced with eight minutes to go, and Byrne demonstrated nerves of steel when he stepped up and slotted the match-winning penalty.

The Wallabies still had chances to win the game in the final moments. They put a kickable penalty into the corner for a lineout, but the maul was penalised when backs joined from the side. Then in the last seconds, they stole an Irish throw-in inside the 22 only for a dropped pass to hand Ireland the victory.

A difficult evening for the Irish began with talisman Sexton withdrawing through injury, with his deputy Jack Crowley booting five points on his maiden Test start before Byrne, who was elevated to the bench at the 11th hour, proving to be the match-winner.

Victory for Ireland sees them become the first nation to defeat New Zealand, South Africa and the Wallabies in a calendar year since England in 2002.

Sir Clive Woodward’s men went on to lift the World Cup the year after achieving that feat and that remains the ultimate goal for Farrell’s side looking ahead to next year’s showpiece tournament in France.

Andy Farrell’s Ireland have now completed their autumn international schedule for 2022, having picked up three wins from three against South Africa, Fiji and Australia. They are next in action at the 2023 Six Nations, where they start against Wales in Cardiff on Saturday, February 4.

For Australia, Dave Rennie and co next travel to face Wales at the Principality Stadium in Cardiff on Saturday, November 26 (3.15pm GMT kick off), for the last of their five fixtures this autumn.