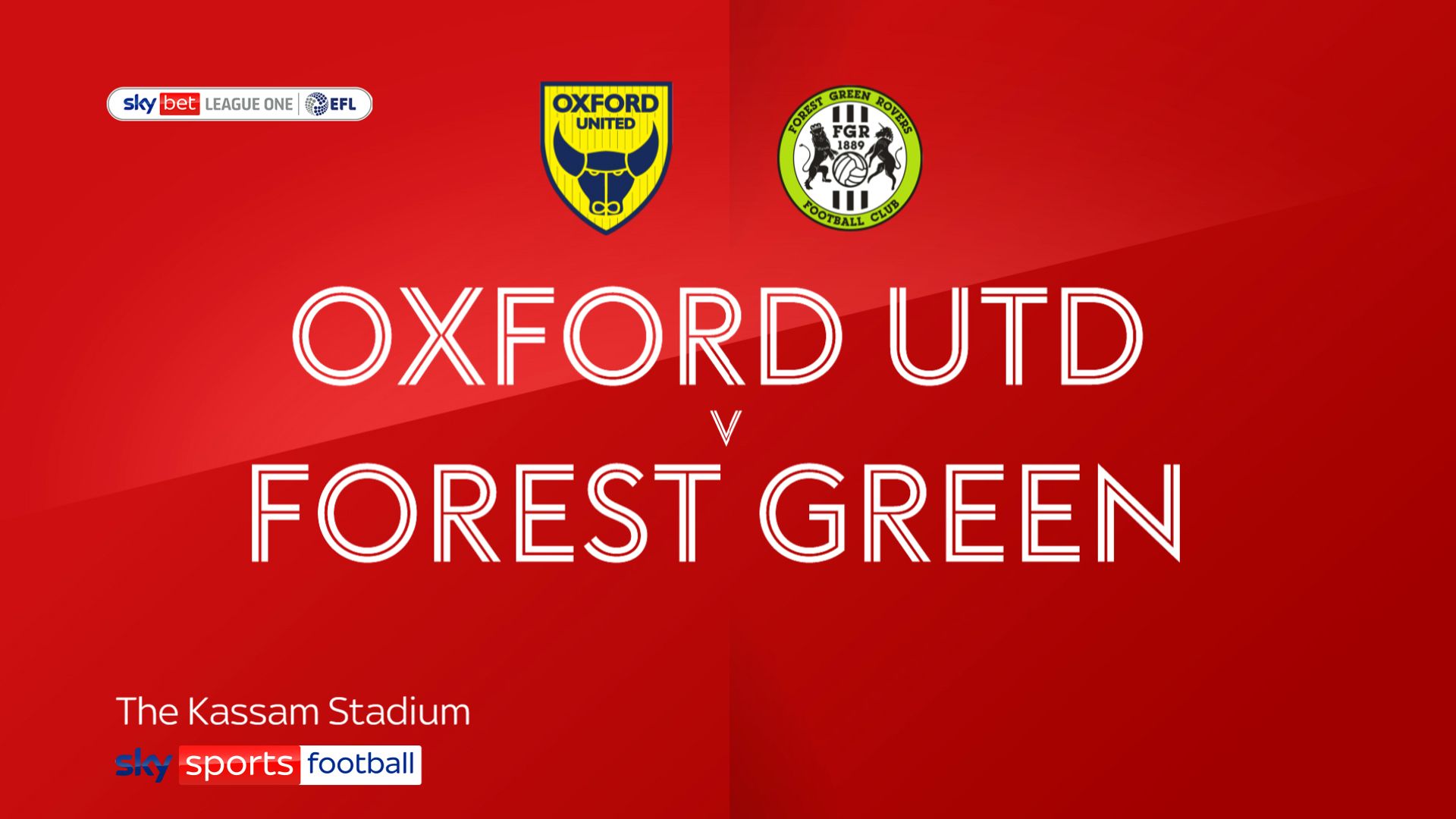 Jamille Matt came off the bench to earn bottom club Forest Green a 1-1 draw against Oxford in their League One game at the Kassam Stadium.

But the game’s biggest talking point was a save of the season contender from home keeper Simon Eastwood to keep out a Connor Wickham shot just before the break.

The U’s took the lead in the 19th minute with a messy goal that was credited eventually to James Henry.

Matty Taylor looked offside in the build-up before Rovers made a hash of clearing the danger and though it could have been a Harry Boyes own goal, Henry was adjudged to have got the final touch.

Forest Green levelled in the 61st minute when Matt headed in Corey O’Keeffe’s right-wing cross at the far post.

In an open game, both keepers found themselves very busy.

Luke McGee kept out a Henry shot in the opening 40 seconds and then made good stops from Marcus Browne, Tyler Goodrham and Taylor.

Eastwood blocked Josh March’s effort and saved well from Boyes and O’Keefe with Boyes also firing against the post for the visitors.