Jeff Saturday has never before coached at the NFL or college level, but the former Indianapolis Colts offensive lineman won his first game in charge of the team last weekend; watch the Philadelphia Eagles at the Indianapolis Colts, live on Sky Sports NFL from 6pm, Sunday

Jeff Saturday got off to a winning start in his NFL coaching career last weekend, but his appointment on an interim basis at the Indianapolis Colts has undoubtedly divided opinion.

Saturday served the Colts with distinction for 13 years as a player – the offensive lineman part of their Super Bowl win in the 2006 season – but since retiring from the league in 2012, his only coaching experience to speak of was at high school level.

“It’s an afront to the people who are actually busting their asses, putting in the time,” Mike Florio said on NBC’s Pro Football Talk (Sky Sports NFL, weekdays, 6pm) this week.

“The idea that some guy that played for the team more than a decade ago, can just show up out of the blue and be the head coach, I don’t think that’s fair to the profession.”

And that’s precisely where the Saturday appointment came from, smack dab in the middle of the blue, when it was announced he was to take over from the fired Frank Reich till the end of the season.

Saturday had previously been a paid consultant for the Colts, while he had turned down the job as the team’s offensive line coach in 2019. His only prior coaching experience was in high school football, as an assistant for two seasons at Hebron Christian Academy in Georgia, before taking over as head coach from 2017-2019 – earning a 21-16 record, per the school.

“Shocked would be an understatement,” Saturday told reporters, before adding: “I feel fully capable.”

“We had the conversation and it escalated quickly. It was a 12-hour whirlwind.”

Colts owner Irsay cited that Saturday’s lack of coaching experience was one of the positives in the appointment.

“I’m glad he doesn’t have any NFL experience,” Irsay said in a press conference. “I’m glad he hasn’t learned the fear that’s in this league, because it’s tough for all our coaches. They’re afraid. They go to analytics and it gets difficult. 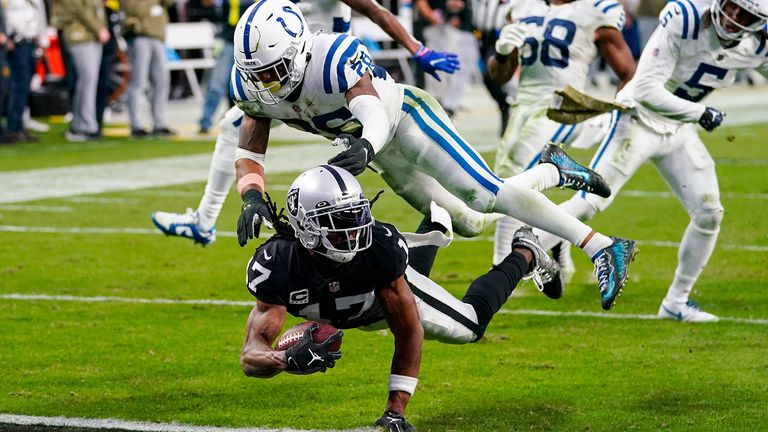 Irsay will feel some way to being vindicated after Saturday led the Colts to an impressive 25-20 road win over the Las Vegas Raiders last weekend, certainly if his Twitter feed is anything to go by.

On Monday, Irsay posted: “All you critics…you criticize all of us in the NFL for losing…When we make moves to Win… you act so righteous! “Who You Crappin’..”. Just Win, Baby!!” Irsay tweeted Monday afternoon.” 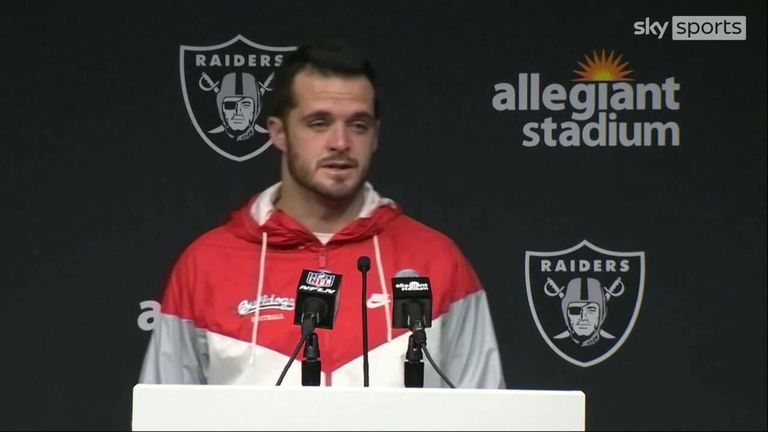 The criticism, though, has come not because people dispute Saturday’s capability of leading a locker room. He proved that plenty in his playing days. What he lacks for in credentials, he certainly makes up for in experience and leadership.

The issue is, as Florio alluded to, the speed at which he has ascended to this role – and, as a result, the people he has bypassed.

“It may cause talented people to say, ‘why even bother’, if people who haven’t earned it, are going to be handed the job,” Florio added.

“I think that’s a real point; that would apply in any industry, any profession.”

There’s also the Rooney Rule to consider. Interim appointments are not actually subject to the rule, which requires NFL teams to interview at least two minority candidates for head-coaching positions, but there are concerns that should Saturday continue to rack up wins this season, any such interviews conducted in the offseason with regards to the permanent position could be a ‘sham’.

It’s an important issue in the NFL, with just three Black head coaches leading teams this season – Todd Bowles (Tampa Bay Buccaneers), Lovie Smith (Houston Texans) and Mike Tomlin (Pittsburgh Steelers) – the very same number upon the introduction of the Rooney Rule in 2003, and following on from former Miami Dolphins coach Brian Flores’ lawsuit filed against the NFL and three of its teams earlier this year.

Flores’ suit accuses the league and the Dolphins, Denver Broncos, and New York Giants of racist hiring practises, as well as alleging he had been subjected to “sham” interviews in the past, held purely to abide by Rooney Rule regulations.

The Fritz Pollard Alliance, an organisation “committed to equal opportunity” in the NFL, has released a statement saying it has “initiated an inquiry with the NFL” over the Colts’ interim hiring of Saturday.

Irsay, meanwhile, said of the hire: “At the end of the season, there will be a full process of reviewing permanent head coach, which we will have an interview process for and go from there. This is for eight games and hopefully more.”

The issue doesn’t look likely to go away, especially if Saturday’s Colts continue to stay relevant this season, making his permanent hire all the more probable.

He’ll get the sternest examination of his coaching credentials this Sunday, however, as the 4-5-1 Colts host the 8-1 Philadelphia Eagles, who were the league’s last remaining unbeaten team in 2022 until coming a cropper against the Washington Commanders on Monday.

But former NFL quarterback Chris Simms feels like the Saturday-led Colts could match up well against the Eagles. “Don’t just look at the record,” Simms told Pro Football Talk. “I can see the Colts hanging around and giving the Eagles a bit of a scare here, no doubt about it.

“We know their offense has been crappy for most of the year. But, last week, it was the Indy offensive line’s best game of the year. They fired off the ball like I haven’t seen them all year… so it’s hard not to feel like Jeff Saturday had an effect on the football game. Offensive lineman to offensive lineman, he got them going.

“The energy he can bring to the team, changing the attitude in the building, he definitely has the ability to do that. We saw a different vibe from them.

“It’s still really irregular [Saturday’s hiring], there’s no question about that. But Saturday is very smart, he’s a football mind and understands what it takes.

“It might have been crazy but, right now, it doesn’t look stupid.”

Saturday gets another chance on Sunday to show his critics that not only were the Colts not stupid to hire him, but they made the smart move as he looks to engineer a late playoff run.

Watch Jeff Saturday’s Indianapolis Colts host the Philadelphia Eagles live on Sky Sports NFL as part of the Sunday night triple-header of live action which gets under way from 5pm; kick-off in Indianapolis is at 6pm