How to write an England World Cup song (for Christmas) 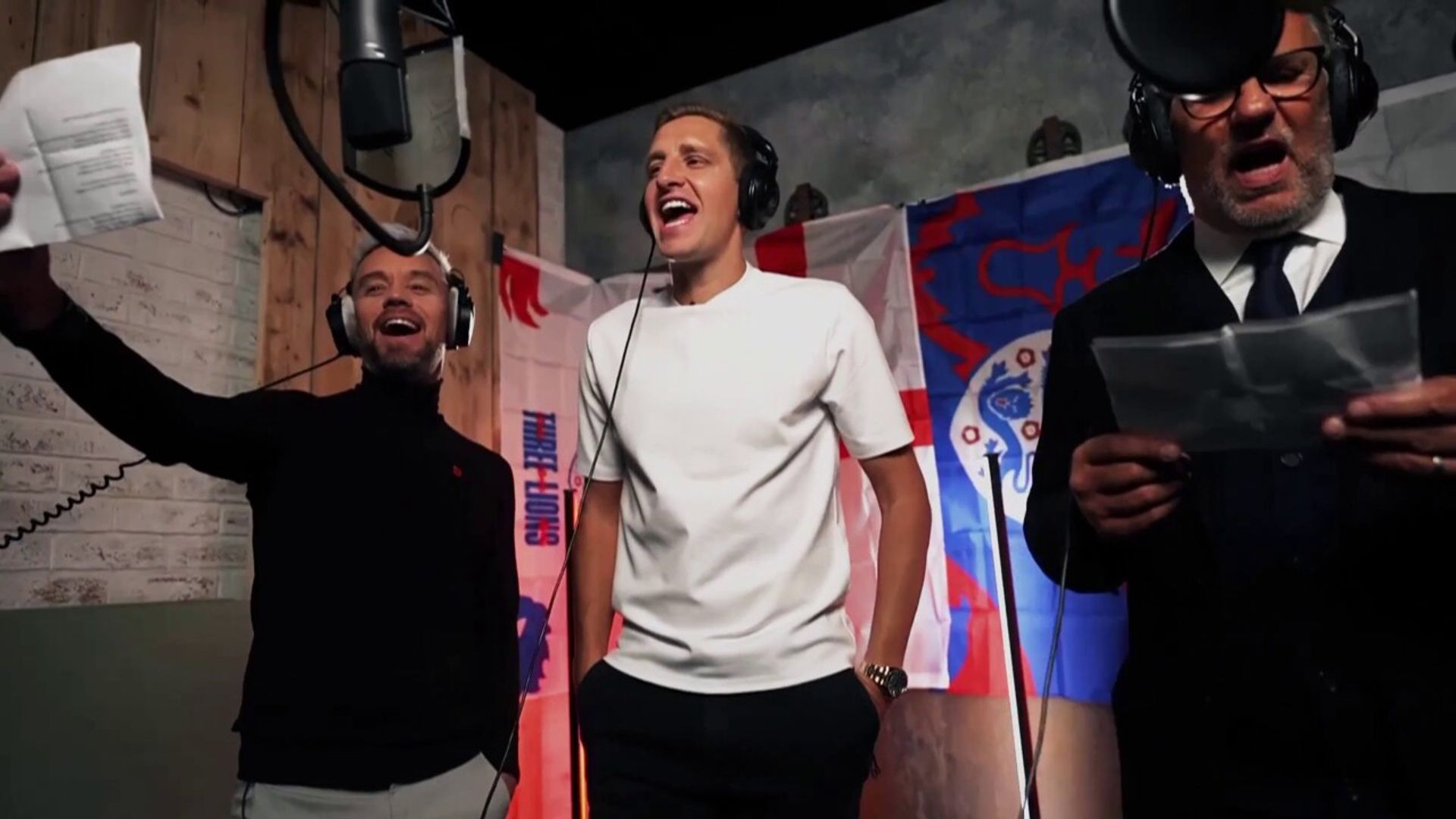 They were simply things that existed, things that we loved, but belonged to a world different to our own.

Similarly, we’ve not spent too much time imagining accepting an Oscar or walking on the moon and up until one month ago, we would have said there was about as much chance of doing either of those things as opposed to recording an England anthem.

A few weeks ago, we were discussing just what made the World Cup so special, and the music kept on cropping up.

A country coming together to roar on its football team to glory, soundtracked by a song that will be enshrined in history. It’s impossible to think about England in Italia 90 and not hear World in Motion, or Euro 96 (yes, a European Championship rather than a World Cup) and Three Lions.

So we started to talk and perhaps we got a little bit ahead of ourselves but we asked the question – what if we wrote a World Cup song?

We had next to no musical experience. We knew it wasn’t going to be the next World in Motion, but it might be better than the Embrace one, right?

Whilst at the Abu Dhabi GP on Sunday, former Manchester United captain Patrice Evra and Manchester City boss Pep Guardiola give their thoughts ahead of the World Cup in Qatar

So where to start? We reached out to someone who did have experience – songwriter and producer Martin Sutton. He’s worked with Gary Barlow and Celine Dion, who, granted, are not two acts associated with terrace bangers, but luckily for us, Martin runs a course on how to write an anthem.

But could his reasoning be applied to a football song?

“Absolutely,” he confirmed. “If we have a strong, positive and hopeful message, we can add tribal rhythms which will appeal to that part of us that makes us want to dance together with our arms around each other.”

So we spent the next few hours trying to work out our message. We wanted a song that represented hope, that had a sense of togetherness, maybe self-deprecating but also showing how this generation of England players are a new kind of footballer able to use their voice and platform for things greater than the game.

“I firmly believe that anybody that has the desire to write a song can do it,” Martin adds.

We were about to test that theory.

We had a rough idea about the lyrics, but who was going to sing it?

We wanted someone recognisable on the record, so we managed to persuade Paul Merson, Michael Dawson, Sue Smith, Lee Hendrie and Stephen Warnock (more than 120 England caps between them) to give up their time – on the condition that we were able to do some serious auto-tuning. Some needed more than others but far less auto-tuning was required for the 17 students from the Bolder Academy, who Sky have a strong partnership with. 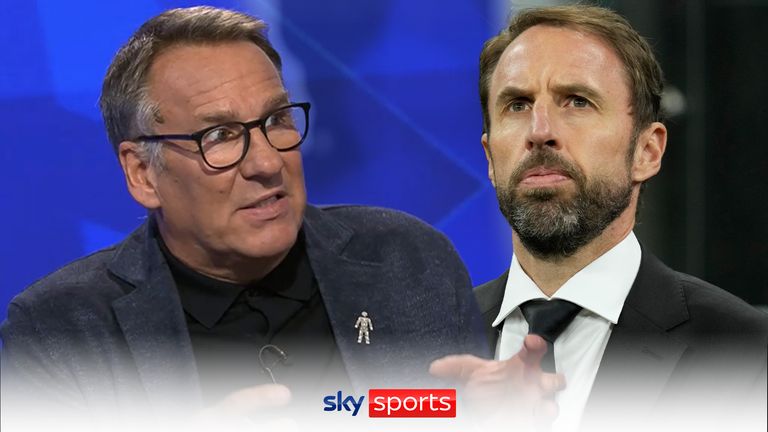 Martin did a great job on the music, using those classic elements that make up an anthem – orchestral horns, military drums and tension building piano. And for this winter World Cup, we were insistent on sleigh bells too!

As for the finished product? Well, you can listen for yourselves now.

Like we said, it may not be the next World in Motion, but it’s our message of support for England at the World Cup.

Wales already have a fantastic official World Cup song – check out their anthem ‘Yma O Hyd’ – let’s hope we can hear both songs sung deep into the tournament. 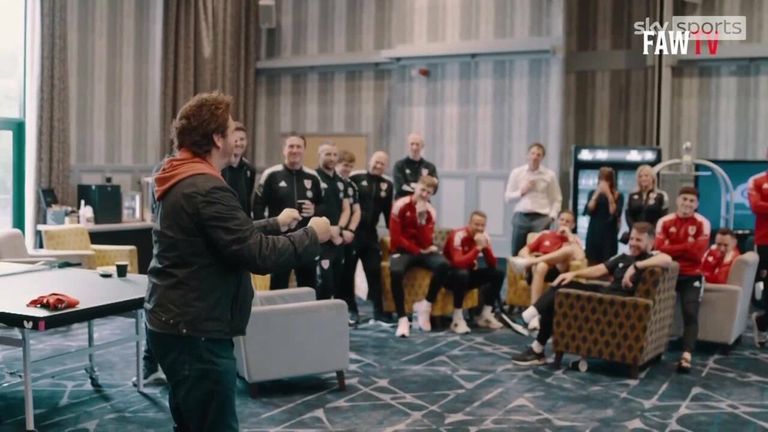 Wales will look to get their World Cup campaign off to a bright start against the USA on Monday, and they will be encouraged by the inspiring song ‘Yma o Hyd’ and another speech from Michael Sheen