Leclerc ‘proud’ of Ferrari |’We executed to perfection under pressure’ Charles Leclerc finished second in the Abu Dhabi GP to beat Sergio Perez to second in the drivers’ championship; Leclerc held off Perez in the 2022 season-finale after Ferrari executed a one-stop strategy to perfection 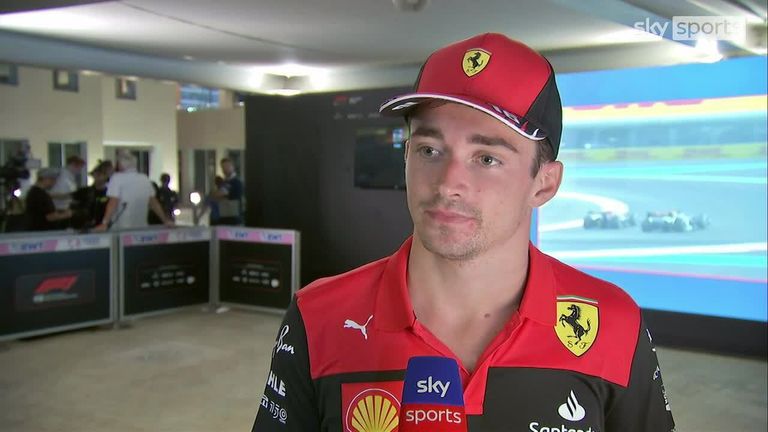 Charles Leclerc praised Ferrari for “executing to perfection” as he finished second in the season-ending Abu Dhabi Grand Prix to deny Red Bull a one-two in the drivers’ championship.

Leclerc started from third at the Yas Marina Circuit, a place behind Red Bull’s Sergio Perez, with the pair having gone into Sunday’s race level on points as they fought to finish behind world champion Max Verstappen.

Red Bull appeared to have a faster car, but Ferrari and Leclerc pulled off a one-stop strategy to narrowly hold on to second in both the race and championship.

“It was a great race,” Leclerc said. “We executed to perfection, which was what we were focusing on in the last few races.”

Ferrari had come into the race facing speculation over the future of team principal Mattia Binotto, with reports in Italy claiming he will be replaced by Alfa Romeo counterpart Frederic Vasseur during the off-season.

“We executed in the right one, and the one with most pressure,” Leclerc said.

“Obviously, the outside pressure with all the rumours going around coming into the weekend, the pressure of keeping the second place in the drivers’ and constructors’ championships, and we managed to perform at our best in a situation like this, which makes me very proud of the team.”

With uncertainty over whether making one or two stops was a more effective strategy in Abu Dhabi, Ferrari baited Red Bull into putting Perez on the latter, which proved pivotal.

“I think Red Bull were still stronger than we were today,” Leclerc added. “But we pushed them to make mistakes and pushed them into two stops, and eventually that paid off, so we’re very happy.

“We were doubting, but I have to say that everything that we’ve done was exactly what we wanted to do. Exactly the laps we were putting Checo under pressure, that’s what was planned before, the laps where we dummied him and made him think we were going to pit opposite, he took it and went for the second stop, so we did everything perfect, and I’m very proud of our execution today.

“It’s been a very difficult season for the whole team. We started extremely well then we’ve had loads of problems, with the reliability, strategy, tyre management later on in the season.

“That wasn’t easy to manage knowing that the potential was in the car to do very well. So to finish on a high at least is good. Now we need to focus on finding a next step for the race pace, because Red Bull seems to have found something that we don’t have for now.”

Sainz: Ferrari have had a good season overall

Sainz, who profited from Lewis Hamilton’s late retirement to jump above the seven-time world champion to fifth in the drivers’ championship, was also left in a positive mindset by Ferrari’s end to the campaign.

“I think it’s been, in the end, a good season for the team,” the Spaniard said. “You need to think where we were coming from the last two seasons. To be back fighting for wins, getting into the championship, I think is overall a good season. 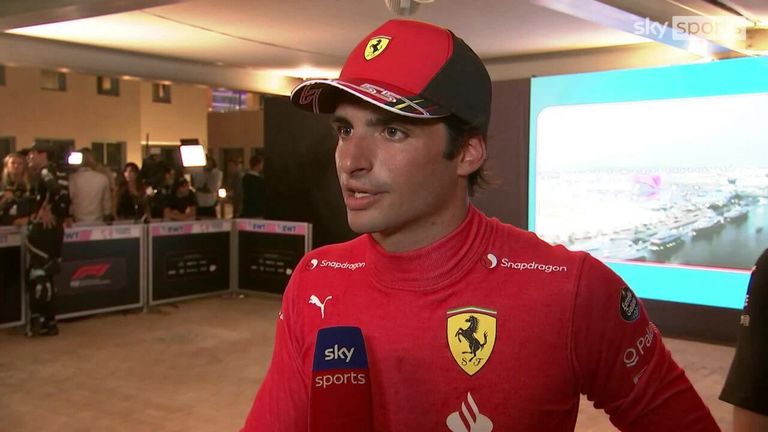 “I know we did plenty of mistakes and we didn’t develop as well as Mercedes and Red Bull, which are things we take on board for next season. Now that we are back fighting at the top, we know the two or three things that we need to improve.

“Clearly Red Bull is just simply a more solid package where it works well at every circuit, whereas we were a bit more circuit dependent, in the second half of the season especially.

“I think the first half we were quick everywhere, but in the second half we simply didn’t develop enough. The others have clearly out-developed us, especially Merc, and also a bit Red Bull.

“That’s how it goes, it’s Formula 1, it’s the first year of the team back fighting for wins, so we also got to see the level at which Red Bull are and what we need to do next year if we want to beat them.”