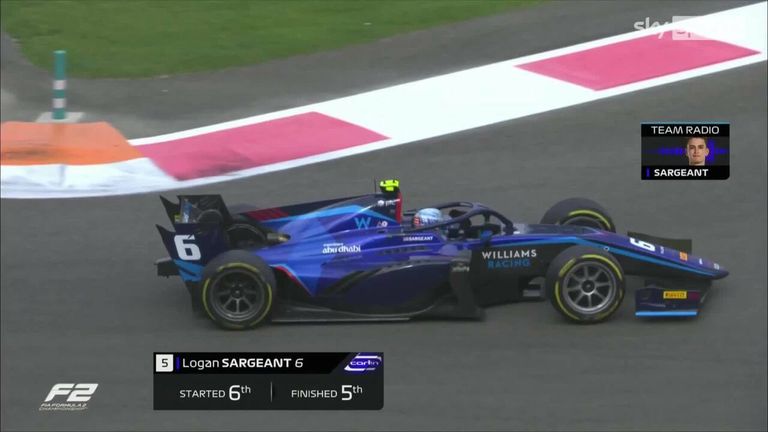 Logan Sargeant has secured his Formula 1 seat with Williams for 2023 after earning his super licence following the final round of the Formula 2 season.

Sargeant, the 21-year-old American, was revealed as Williams’ preferred replacement for Nicholas Latifi at the United States GP last month, but the move was depending on him earning enough super licence points.

By finishing fifth in F2’s season-ending Abu Dhabi feature race Sargeant clinched fourth in the championship – enough to take him over the 40-point requirement.

Sargeant, a Williams junior driver who has taken part in several F1 practice sessions this season, will therefore team up with Alex Albon at the Grove-based team next year, becoming the first US driver on the grid since Alexander Rossi in 2015.

Speaking last month, Williams boss Jost Capito said of Sargeant: “I’m a fan of getting young drivers through to F1 as quickly as possible.

“So get him in as quick as possible and find out if he’s capable of staying in F1 for a long time, which we believe he is.

“In his first year in F2 he won races, and he has been qualifying very strong all his years in his career, so we believe he’s absolutely ready to get into F1.

“We can have a rookie because with Alex we have a still young, but also already very experienced driver. He is established so well in the team, he’s got fantastic results, he’s working so well with the team so we can put the rookie alongside him.”