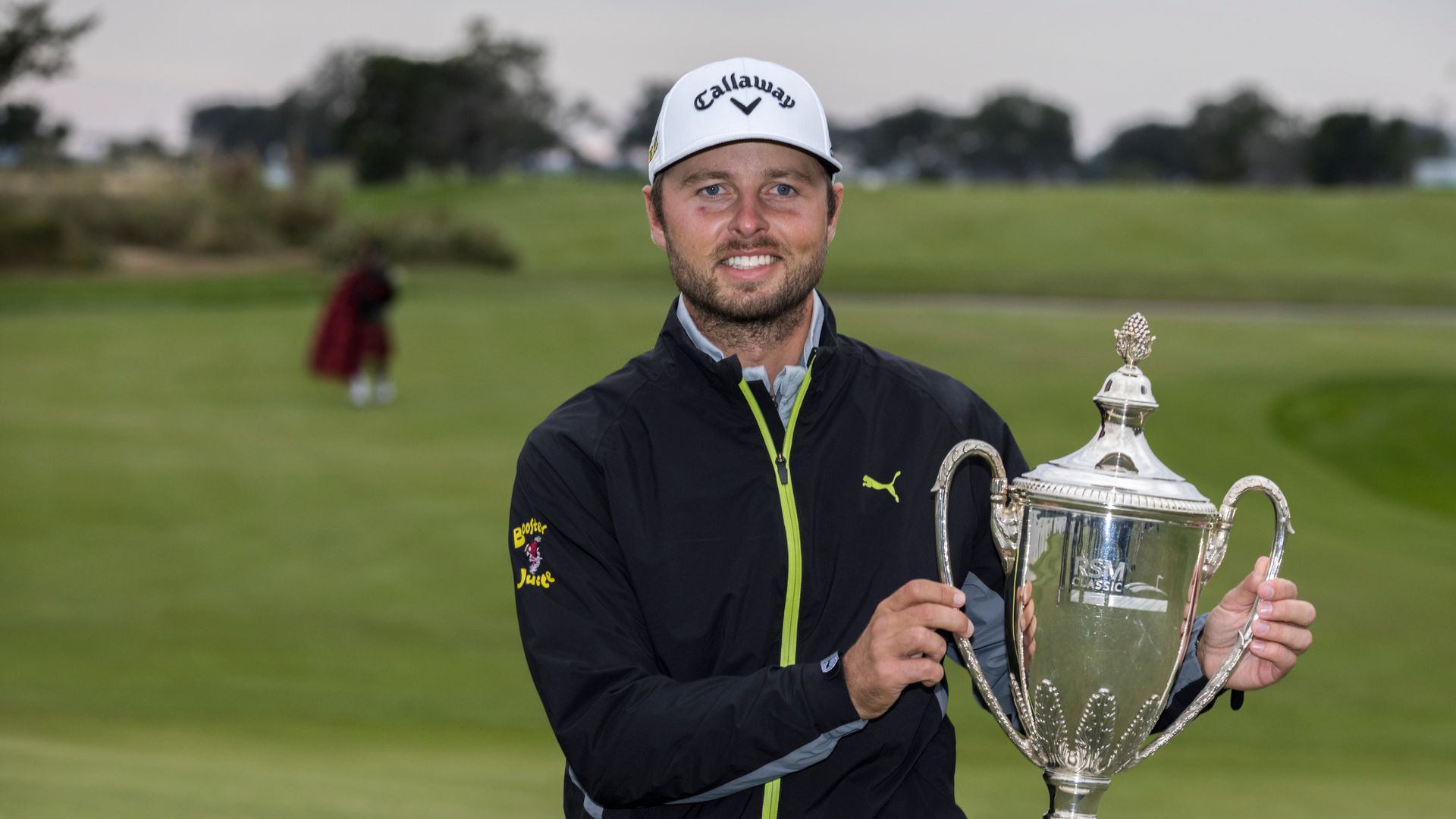 Adam Svensson became a first-time winner on Tour on Sunday and was victorious at the RSM Classic in his 70th career start; Svensson is the second Canadian to win on Tour this season, joining Mackenzie Hughes

Adam Svensson closed out with a six-under 64 to win the RSM Classic on Sunday at Sea Island for his first PGA Tour victory.

Svensson, a 28-year-old Canadian, was locked in a four-way tie for the lead on the closing stretch of the Seaside course when he produced an 18-foot birdie putt on the 16th hole, and then hit a tee shot to 10 feet on the par-three 17th for a birdie to give himself a cushion.

Brian Harman (65) and Sahith Theegala (66) were in the group ahead of him and missed birdie chances on the closing hole.

Callum Tarren (64) was the first to post at 17-under par and was hopeful of a play-off. Svensson capped off his bogey-free final round with a par for a two-shot win.

Svensson is starting his third full year on the PGA Tour and gets a two-year exemption, along with a trip to the Masters and the PGA Championship. He has never played a major.

“To be honest, it’s not even real right now,” Svensson said.

“I’m so happy. I put so much work in. To win on the PGA Tour means everything to be me. I just kept believing in myself, and here I am.”

Svensson is the second Canadian to win on Tour this season, joining Mackenzie Hughes, who won in Mississippi.

Theegala recovered from a double bogey on the par-five seventh hole when he was in trouble left off the tee and then hit a chip that came back to him from behind the green. He made five birdies over the last 11 holes.

Harman got in the game late, hitting a fairway metal on the par-5 15th hole that was inches away from rolling in, setting up a short eagle. He birdied the 16th to share the lead, but had to settle for pars on the final two holes.

Patrick Rodgers and Ben Martin, who shared the 54-hole lead, couldn’t keep up. Rodgers didn’t make his first birdie until the 13th hole and closed with a 70 to tie for 10th, while Martin shot a 72.

Cole Hammer, who graduated from Texas in May and was playing on a sponsor exemption, shot a 65 to tie for fifth, which gets him into the Sony Open.

The PGA Tour now takes a six-week break in the final wraparound season before resuming with the Sentry Tournament of Champions at Kapalua the first week of January.

By winning, Svensson was the last man to qualify for that field, the first elevated event that will have a $15 million purse.
Svensson won $1,458,000, more than he won in either of his two previous seasons on the PGA Tour.