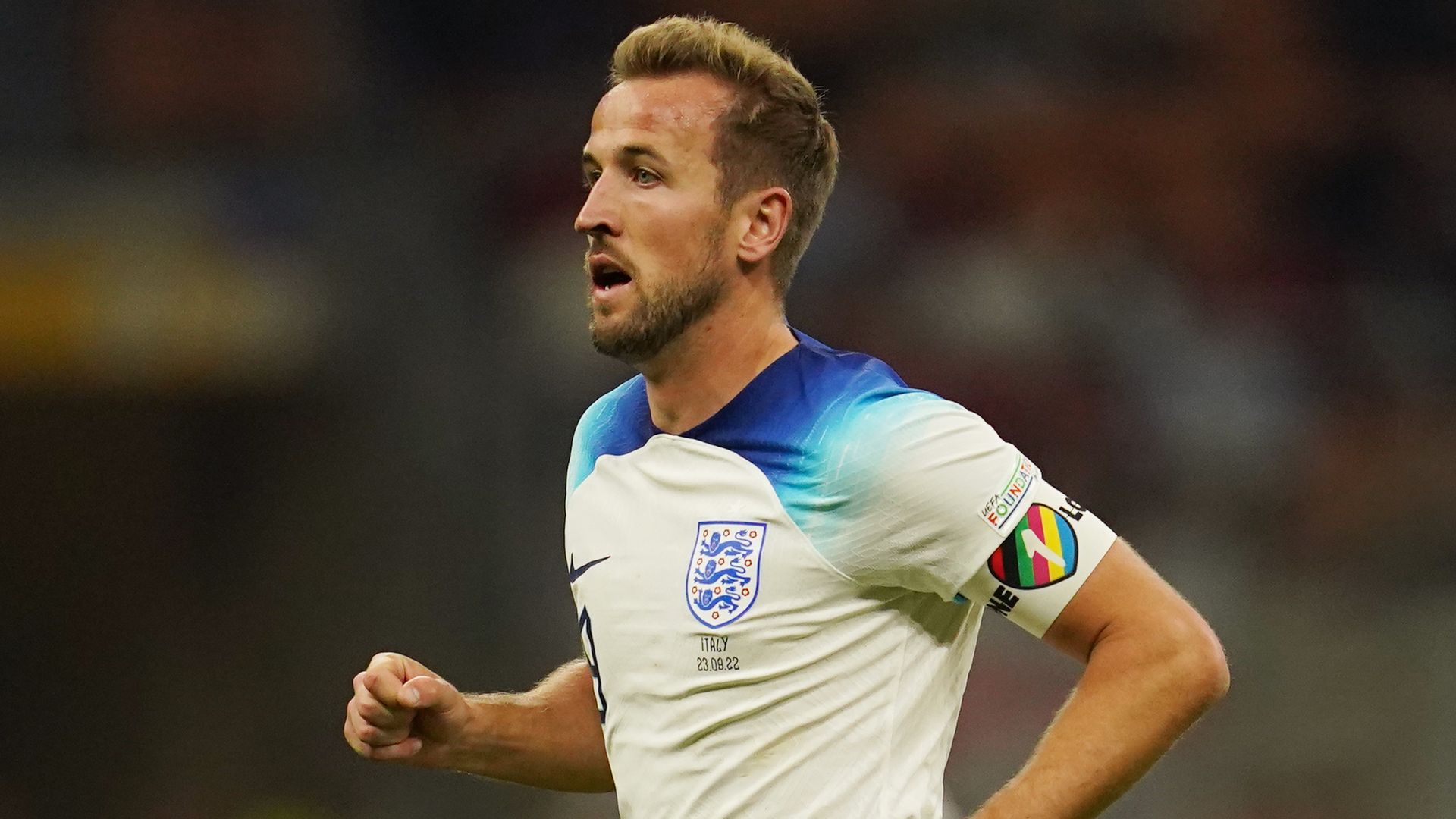 England will not wear the OneLove armband at the World Cup in Qatar, with the u-turn announced just three hours before their opening match against Iran.

The FA and Harry Kane had been adamant that they would wear the armband as a message of anti-discrimination and support for the LGBTQ+ community.

But on Monday morning, FA CEO Mark Bullingham said England have been exploring whether there is “another way to show our values” after FIFA threatened to book any captain wearing the OneLove rainbow armband in World Cup matches.

Less than an hour late, a statement released by the Football Associations of England, Wales, Belgium, Denmark, Germany, The Netherlands and Switzerland confirmed they would not wear the armband.

“We were prepared to pay fines that would normally apply to breaches of kit regulations and had a strong commitment to wearing the armband. However, we cannot put our players in the situation where they might be booked or even forced to leave the field of play.

“We are very frustrated by the FIFA decision which we believe is unprecedented – we wrote to FIFA in September informing them of our wish to wear the One Love armband to actively support inclusion in football, and had no response. Our players and coaches are disappointed – they are strong supporters of inclusion and will show support in other ways.”

FIFA has subsequently confirmed its ‘No Discrimination’ campaign has been brought forward, seemingly in an attempt to limit criticism that will follow the decision not to wear the OneLove armband.

“Following discussions, FIFA can confirm its No Discrimination campaign has been brought forward from the planned quarter-finals stage in order that all 32 captains will have the opportunity to wear this armband during the FIFA World Cup Qatar 2022,” the governing body said. 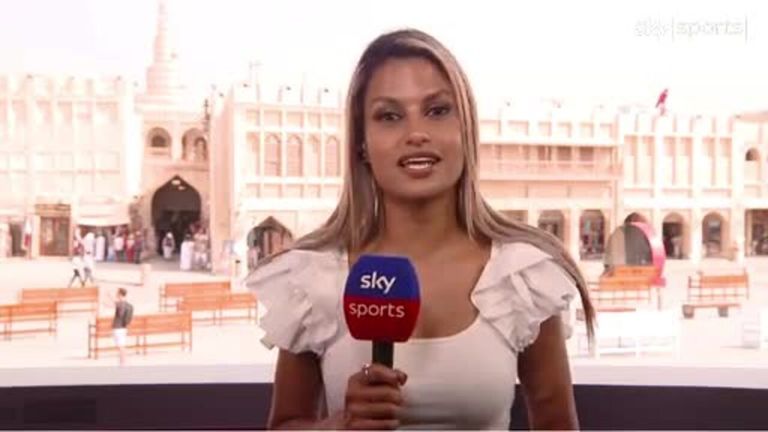 “This is in line with Article 13.8.1 of the FIFA Equipment Regulations, which state: “For FIFA Final Competitions, the captain of each team must wear the captain’s armband provided by FIFA.”

“The FIFA World Cup Qatar 2022 regulations, as approved by everyone in the game, exist to preserve the integrity of the field of play for all participants and are equally applicable to all competing teams.

“FIFA is an inclusive organisation that wants to put football to the benefit of society by supporting good and legitimate causes, but it has to be done within the framework of the competition regulations which are known to everyone.”

‘FA deserve criticism that will follow’ | Could an early Kane booking have hampered England’s progress?

Sky Sports News reporters Kaveh Solhekol and Rob Dorsett discussed the decision on Monday morning, presenting both sides of the argument in a passionate debate.

“It is an extraordinary climb-down by the FA,” said Solhekol. “They are going to get criticised a lot for it and, to be fair, I think they deserve a lot of that criticism.

“OK, Harry Kane would have got a yellow card – so what? Surely he should have just taken that yellow card on the chin? The focus would have then been on FIFA, because they would have had to justify, showing Kane – one of the best players in the world, one of the faces of this tournament, the holder of the Golden Boot from the last World Cup – a yellow card before the tournament had even kicked off for England because he’s wearing an armband.

“It’s not even a rainbow armband; it’s got a heart in it, it says ‘OneLove’ and it’s got the colours of the rainbow in that heart. Are FIFA so offended by a statement supporting LGBTQ+ rights that they are going to this length to stop Kane and the captains of six other countries from wearing this armband?”

Dorsett agreed, but questioned the impact a booking for Kane could have on England’s progress in Qatar.

He added: “Just imagine a scenario where Harry Kane is booked before he even goes out onto the pitch for wearing that OneLove armband. He then makes a bit of a rash challenge in the first half, gets another booking and is sent off. England’s captain, sent off in the opening game of the World Cup.

“What would happen in the second game if he wanted to wear the OneLove armband? Would he pick up a second yellow card and be suspended for the third game? It’s a nuclear option that FIFA went with.

“I think you have to put yourself in the shoes of the English FA on the eve of a World Cup. They have been faced with an impossible situation.”

Carra: England will look weak if they bow to FIFA pressure Sky Sports’ Jamie Carragher had said England would look “weak” if they agreed not to wear the OneLove armband following continued pressure from FIFA.

Speaking on Sky Sports News‘ World Cup Breakfast before the U-turn, Carragher said: “Harry Kane has to wear it.

“England have made a big noise about the fact that he is going to wear this, that this is their protest to the World Cup being in Qatar, human rights and everything that goes on in the country that people have criticised.

“This is England’s way of showing that they don’t agree with everything that’s going on in the country.

“They can’t pull out now. The fact that Harry Kane may get a yellow card only strengthens the campaign. For England to pull out because of a yellow card for Kane, I think would be weak, so I think it should make them more determined.”

The Football Supporters’ Association expressed its “contempt” for FIFA after plans by England and Wales to wear anti-discrimination armbands were dropped under threat of sporting sanction.

A statement read: “To paraphrase FIFA president Gianni Infantino – today LGBT+ football supporters and their allies will feel angry. Today we feel betrayed. Today we feel contempt for an organisation that has shown its true values by giving the yellow card to players and the red card to tolerance.

“Never again should a World Cup be handed out solely on the basis of money and infrastructure. No country which falls short on LGBT+ rights, women’s rights, worker’s rights or any other universal human right should be given the honour of hosting a World Cup.

“Since 2010 we have been raising questions about the suitability of Qatar as a World Cup host. Everyone could see this coming and it’s astonishing that, on the morning of England’s World Cup opener, FIFA are trying to censor players for sharing a positive message.”

“We are disappointed that FIFA are intent on imposing sanctions on European nations who choose to wear the ‘One Love’ armband, preventing teams from sending a strong statement to the world that diversity and inclusion are an integral part of the game,” its statement read.

“This decision continues to highlight FIFA’s failure to address concerns of both human rights groups and the LGBTQ+ community in the build-up to this tournament.

“Players and fans should not have had to bear the burden of FIFA’s mistakes and we will continue to support Gareth Southgate, and his team, as they look to explore other ways to support inclusion in football.

“Football should be a game for everyone and Kick It Out continue to stand with the LGBTQ+ community in solidarity.”