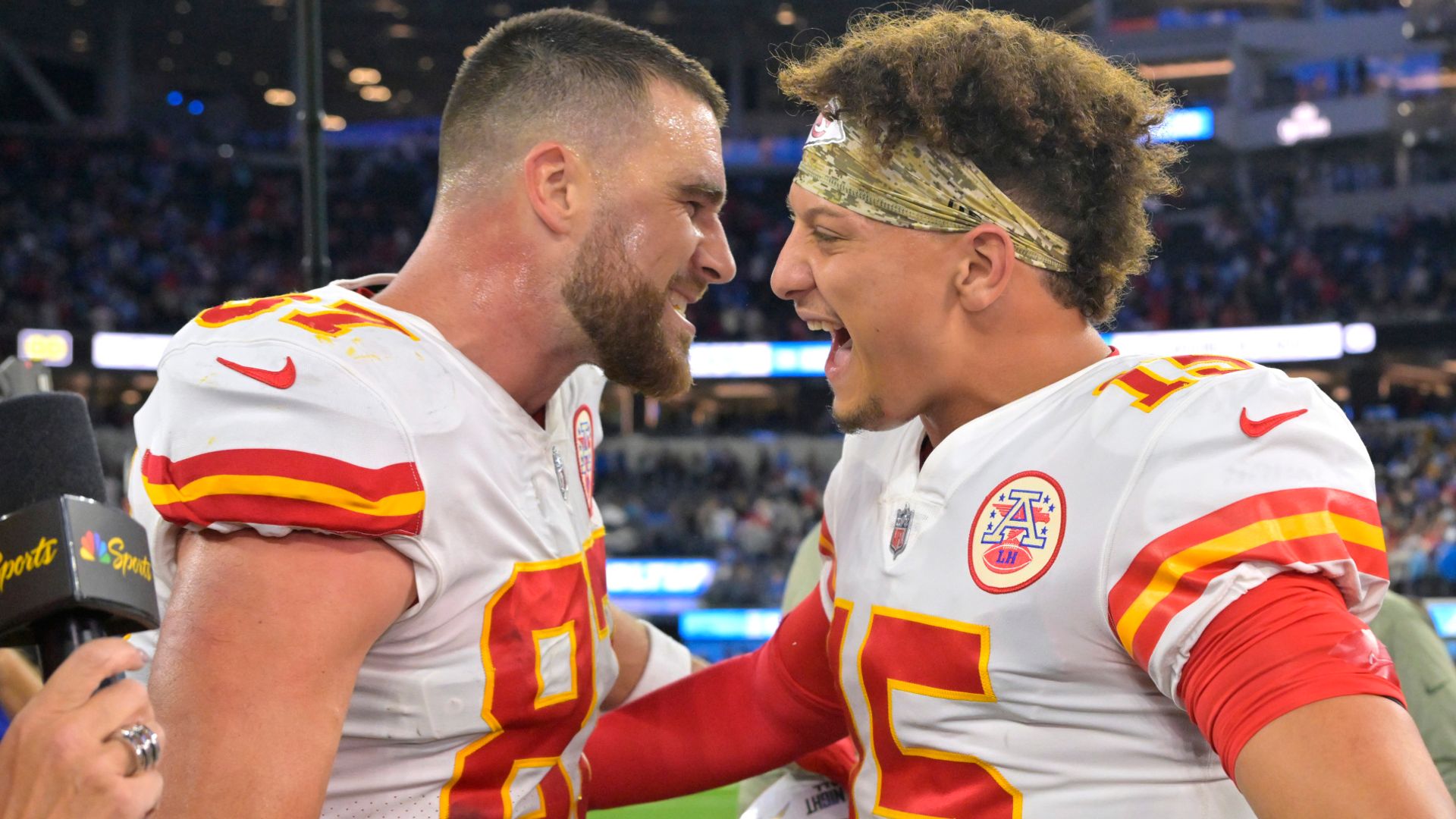 Patrick Mahomes connected with Travis Kelce for their third and decisive touchdown of the game with 31 seconds remaining as Kansas City Chiefs rallied to beat Los Angeles Chargers 30-27 to stay top of the AFC West.

Mahomes fashioned a 75-yard drive that culminated in a 17-yard catch and score for Kelce as Chiefs responded to going 27-23 down with just 1:46 remaining when Justin Herbert propelled Chargers 64 yards down the field for Joshua Palmer to convert.

Herbert and Chargers had one final chance but Nick Bolton intercepted a deflected pass to seal victory for the Chiefs (8-2) over Los Angeles (5-5).

With a one-game lead over four teams in the conference, Kansas City are in position to claim home-field advantage in the playoffs.

Mahomes completed 20 of 34 passes for 329 yards; Kelce had six catches for 115 yards and scored at least three touchdowns for the second time in his career; and Chiefs rookie Isiah Pacheco rushed for a career-high 107 yards.

Chargers quarterback Herbert went 23 of 30 for 280 yards and created two touchdowns, both to Palmer, who had eight receptions for 106 yards.

It was easily the Chargers’ best offensive performance in nearly a month with the team bolstered by the return of receivers Keenan Allen and Mike Williams but Los Angeles still lost their second straight game.

Allen, playing only his third game due to a nagging hamstring injury, had five receptions for 94 yards, including a 46-yard catch up the right sideline.

The match is a repeat of the first international regular-season NFL game, with Cardinals emerging 31-14 winners at Estadio Azteca in 2005 in front of over 100,000 supporters.

For Chiefs, meanwhile, they are next in action against Los Angeles Rams at Arrowhead Stadium on Sunday during Week 12, with Chargers heading to State Farm Stadium to play Arizona Cardinals on the same day.