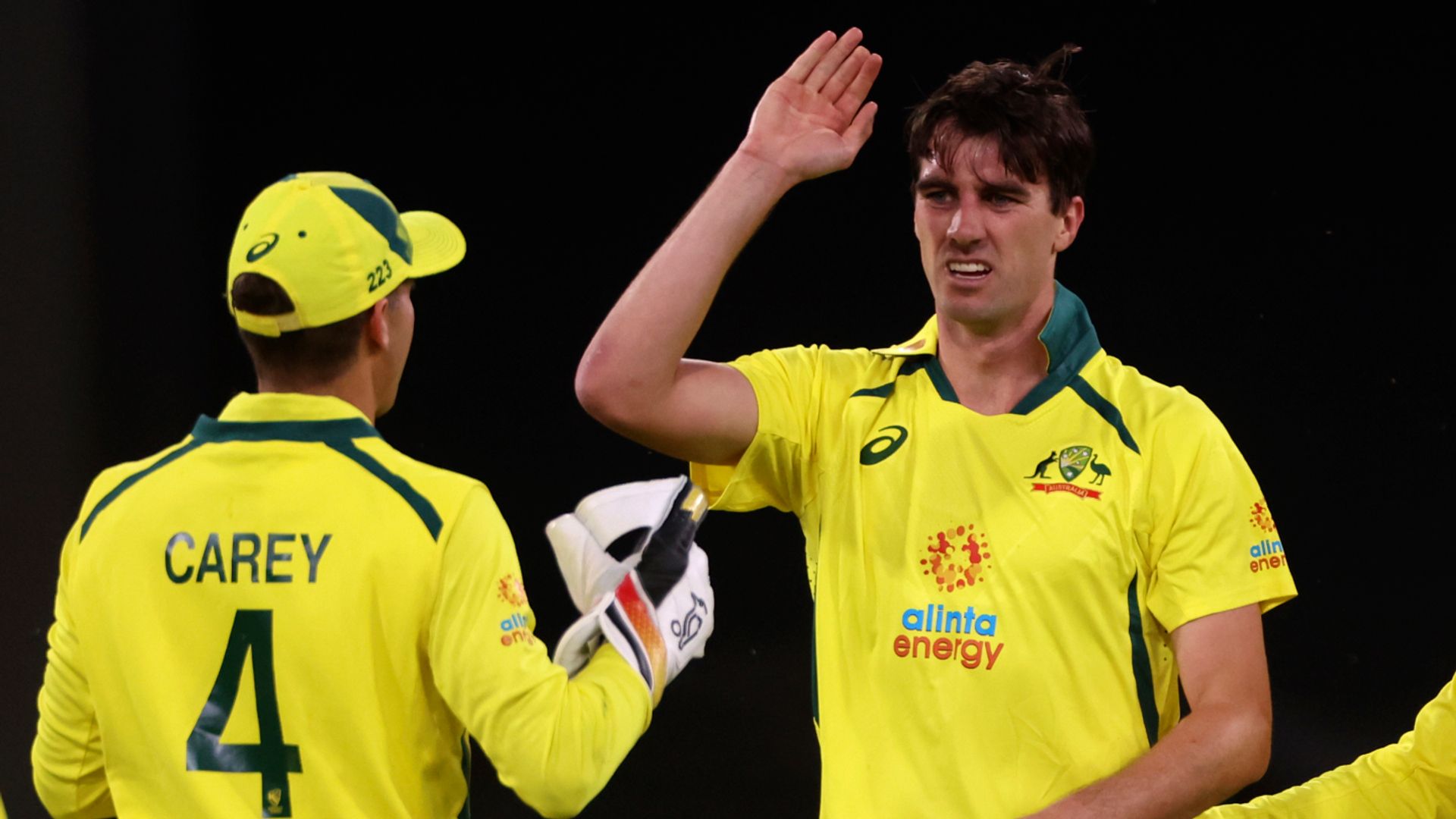 David Warner and Travis Head piled on a record Melbourne Cricket Ground partnership of 269 before England were skittled for just 142 as Australia clinched a 3-0 ODI series sweep by inflicting a record 221-run defeat on their opponents.

Head scored 152 while opening partner Warner made 106 as they struck their third and 19th ODI hundreds respectively and topped the 225-run partnership Adam Gilchrist and Ricky Ponting had shared against England at the MCG in 2002.

A couple of rain showers reduced the game to 48 overs a side, with Australia posting 355-5 before England were set a revised 364 to avoid a first clean sweep in a multi-match ODI series since being thrashed 5-0 in India in October 2011.

They could not manage it, rolled in 31.4 overs and at one point losing six wickets for 38 runs as Australia’s bowlers starred where England’s had earlier flopped.

There was a slight return to form for Jason Roy (33 off 48), who hit six boundaries at the top of the order while Pat Cummins and Josh Hazlewood were nipping the ball over the place, but the next highest scorer was James Vince with 22 as Jos Buttler’s side crumbled from 57-1 and were trounced at a venue where they had won the T20 World Cup on November 13.

This ODI series has had an end-of-term feel for England after that T20 triumph, with Buttler’s side comprehensively beaten in all three matches, with a six-wicket loss in Adelaide and 72-reverse in Sydney preceding the Melbourne mauling.

A number of tame and tired dismissals with the bat followed England being guilty of bowling short and wide after electing to field in damp and dark conditions.

The bowling attack was duly punished by Head and Warner, whose alliance was not broken until the 39th over when Olly Stone (4-85) dismissed both players in the space of four deliveries.

Head was given a life on four with Liam Dawson unable to cling on to a sharp chance at second slip off the bowling of David Willey and then overturned an lbw dismissal on nine with Chris Woakes’ delivery shown to have pitched outside leg stump.

Head went on to reach his century from 91 balls before Warner completed his from 96 as they became just the second pair, after India’s Sachin Tendulkar and Sourav Ganguly, to share two 250-run plus stands in ODI cricket, having hit Pakistan for 284 in Adelaide in January 2017.

England quick Stone had eye-watering figures of 0-65 after seven overs but then struck twice in his eighth, with Warner well held by Willey at deep midwicket and Head bowled on the slog.

Stone then picked up wickets in his ninth and 10th overs, too, as he ended cameos from Steve Smith (21 off 16) and Mitchell Marsh (30 off 16), while Dawson (1-75) had Marcus Stoinis (12) caught at backward point from the first delivery after the second rain break.

A score of 400 looked achievable for Australia while Head and Warner were flying and even though they ended 45 runs shy of that mark they still amassed the highest ODI score at the MCG.

Dawid Malan was promoted to opener with Phil Salt having been withdrawn from the game under concussion protocol after hitting his head in the field, but the left-hander departed for one after inside-edging Josh Hazlewood behind while aiming to thread a cover drive to the boundary.

Roy, though, looked as confident as he has done for while despite Hazlewood and Cummins generating extravagant seam movement and regularly beating the inside and outside edge.

Roy whipped away four leg-side boundaries and also struck two through the off-side before he was pinned lbw by Cummins in the 13th over and Sam Billings (7) clothed an attempted pull back to the same bowler two overs later.

Vince also perished on the pull midway through the 23rd over, before leg-spinner Adam Zampa (4-31) had Buttler (1) caught at backward point and pinned Woakes (0) lbw from successive deliveries in the 24th.

England were 95-7 when Moeen Ali, called into the side as Salt’s concussion replacement, skied Zampa to long-off to fall for a 31-ball 18 in which he was dropped twice.

Sam Curran (12) and Dawson (18) took England into three figures but that was scant consolation, with Zampa ending the game when he castled Stone.

England’s white-ball side return to action in South Africa from late January for three ODIs, with the focus now turning to red-ball cricket as Ben Stokes’ Test team head to Pakistan for a three-match series, starting in Rawalpindi on Thursday, December 1. Watch every game live on Sky Sports.