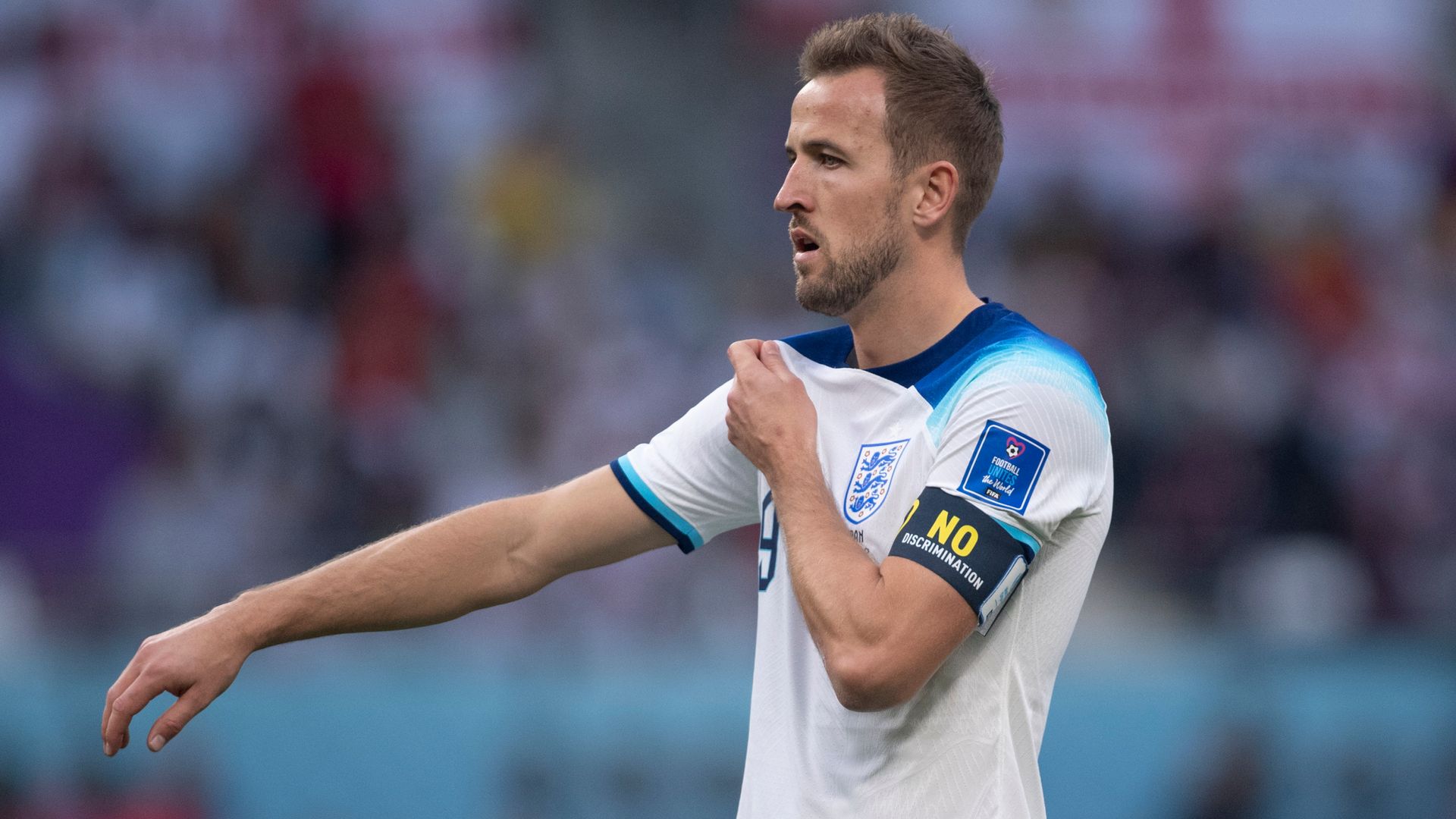 The FA and the FAW have not given up on their plans to show a message of support for the LGBTQ+ community while at the World Cup in Qatar – despite backing down in their dispute with FIFA over the One Love armband.

High-level discussions continued until a few hours before kick-off in England’s opening game against Iran, before the FA admitted defeat and decided Harry Kane should not wear the heart-shaped logo with rainbow colours.

FIFA threatened “sporting sanctions” if Kane or any of the other seven European nations involved wore the armband.

Article 13.8.1 of the FIFA Equipment Regulations states: “For FIFA Final Competitions, the captain of each Team must wear the captain’s armband provided by FIFA.”

Sky Sports News was told that FIFA officials were adamant that wearing the One Love armband would be a straightforward breach of their rules, and that if it was allowed, it would set a precedent for other nations to wear any political message they wanted on the armband.

Furthermore, despite reports suggesting Kane might have been booked for wearing a non-FIFA armband, we understand the sanction might have actually been much stronger – possibly a one-match ban.

Gareth Southgate says the England team were not distracted by the decision not to wear the OneLove armband, but insists ‘people know what we stand for’

But FA officials are known to be furious about the late decision, which embarrassed them after they had committed to wear the armband whatever punishment came their way.

Had it been a financial penalty that was threatened, the FA was prepared to accept it. But on Monday, they felt it was unfair to risk Harry Kane’s involvement in the tournament, in order to keep their promise and make a stance.

Suggestions have been made that maybe Gareth Southgate could wear the One Love armband on the touchline for the next game against USA, even though this again would likely be sanctioned by FIFA.

Another option may be for Kane, or other England players, to wear the armband during training, in front of the cameras.

There has been no comment from the FA on either of those possibilities.

The FAW felt they were backed into a corner by FIFA on Monday having, like England, made it very clear since September that the captain of Wales at the World Cup would wear the OneLove armband.

Following Monday’s dramatic 1-1 draw with the USA in their opening match at the World Cup, the FAW intends on having discussions about how they could send and show another message to replace the OneLove idea. Nothing definitive has been decided though.

The FAW remains deeply disappointed and frustrated by FIFA’s late intervention on the armband.

“It’s still going to be a big story going forward from here; we’re going to be talking as much about the political situation around this World Cup as we are the football, let’s be honest.

“The English FA, the Welsh FA and all of the other FAs from the other European nations went to FIFA with this and wrote to them more than two months ago. It was September when they first mooted the idea and FIFA didn’t respond.

“FIFA have been heavily criticised for that, leaving it until the last minute. FIFA came back to England, Wales and the other nations yesterday to say they couldn’t do it.

“My understanding is that FIFA did that deliberately because if they’d turned down the request two months ago, FIFA would’ve had a good kicking for the next two months by various groups of supporters who felt it wasn’t fair and it wasn’t right. And FIFA would hide behind the rules and say ‘the rules are there, just read them’.

“The FA aren’t accepting that and I don’t think either of them come out of this situation without being justifiably criticised.”

Kane: Decision was taken out of my hands

England captain Harry Kane reiterated the fact he and his team-mates will continue to make a stand, but recognised the ultimate decision in this case was out of his hands.

“We’re disappointed. We wanted to wear it, that decision was taken out of my hands. I turned up to the stadium with the armband that I wore and I was told I had to wear that.

“Look, it’s out of our control as players. I’m sure the FA and FIFA will continue those discussions but most importantly today we focused on the game and got a great result.

“You’ve seen over the last five years we’ve made a stand as a squad and we’ll continue to do that as much as we can. We took a knee today as well but sometimes these decisions aren’t up to us and that’s the bottom line.”

‘FIFA has let Wales down; the Welsh FA are angry’

“The FAW are fuming. They are really not happy. They made it very clear they wanted to wear the OneLove armband and have been trying for two months to get an answer from FIFA about whether they would allow them to wear it legally.

“They thought the rules, like everyone else, meant they might pick up a fine. They had no idea about the potential for a yellow card or even the potential for FIFA’s Disciplinary Committee to impose a one-match ban.

“It all happened on the morning of the matches, certainly for both England and Wales. They are really pretty angry, irritated – and that’s not just the senior execs, that’s throughout the FAW. FIFA has let them down.”

Virgil van Dijk has hit back at claims the Netherlands and other countries have been spineless in the anti-discrimination armband controversy.

Oranje skipper Van Dijk told Dutch broadcaster NOS: “I play in a position where a yellow card is not useful. I became a football player and I want to play these kind of tournaments.

“There are people who say we don’t have a backbone, but that’s not how it works,” the Liverpool defender added.

“We just want to play football. I would have loved to play with that band, but not at the expense of a yellow card.”