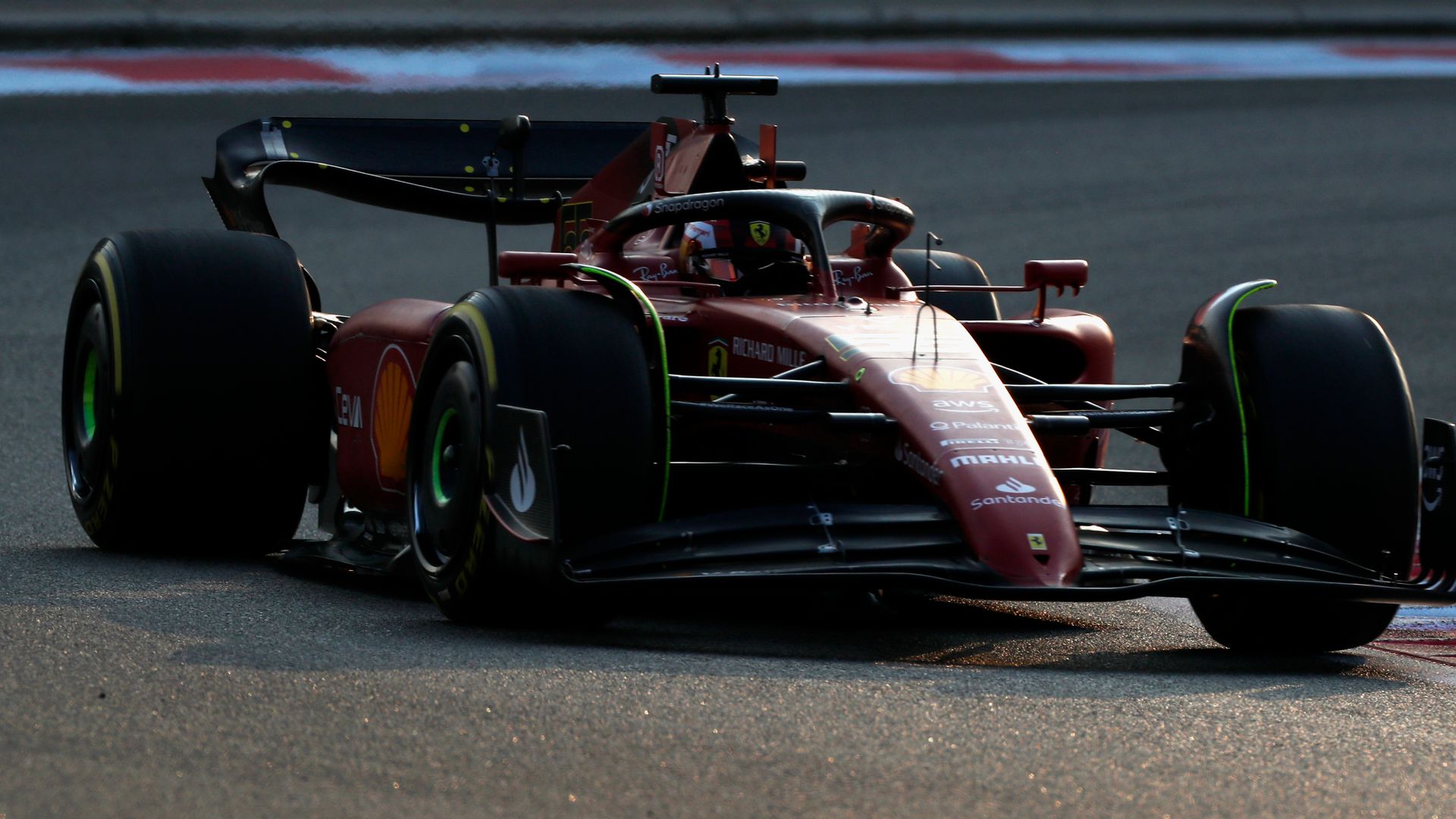 Ferrari finished the final track day of Formula 1 2022 on top as Carlos Sainz led a one-two-three in the Abu Dhabi post-season test, which saw a number of drivers – including Fernando Alonso and Oscar Piastri – debut for their new teams.

The one-day test – held two days after Yas Marina’s season-ending race – was largely a tyre test for Pirelli’s new 2023 compounds, while all 10 teams were also required to test young drivers in their second cars.

That led to a jam-packed timesheet, with 24 drivers in action over the day, and Ferrari even locked out the top three positions.

Sainz set the pace in the afternoon with a 1:25.2, a time that was 1.4s down on Max Verstappen’s pole lap for the weekend, ahead of team-mate Charles Leclerc, who drove the F1-75 in the opening session. Ferrari development driver Robert Shwartzman was third.

Verstappen was also in action fresh off claiming his record-extending 15th win of his second title-winning campaign, finishing fifth in his dominant Red Bull, as was Lewis Hamilton in a Mercedes W13 car he admitted over the weekend he can’t wait to see the back of.

The final day of F1 2022, though, was mainly notable for the drivers making fresh starts with new teams.

Alonso was the headline act as he drove in a – sponsor-less because of his Alpine contract – Aston Martin, while Pierre Gasly also debuted for Alpine, Nico Hulkenberg for Haas and Piastri for McLaren.

Gasly was the fastest non-Ferrari driver of the day.

Piastri, meanwhile, who caused a summer stir with his infamous move from Alpine to McLaren, caused a red flag in the morning session after grinding to a halt in his McLaren.

This is the last time the drivers will hit the track in 2022, although there is still the small matter of Verstappen being officially crowned at the FIA Awards gala this week.

F1 2023 will start in earnest with launch season – usually at the beginning of February – before pre-season testing takes place in Bahrain on February 23-25.

The campaign then officially begins the following weekend with the Bahrain Grand Prix at the same Sakhir track on March 5.