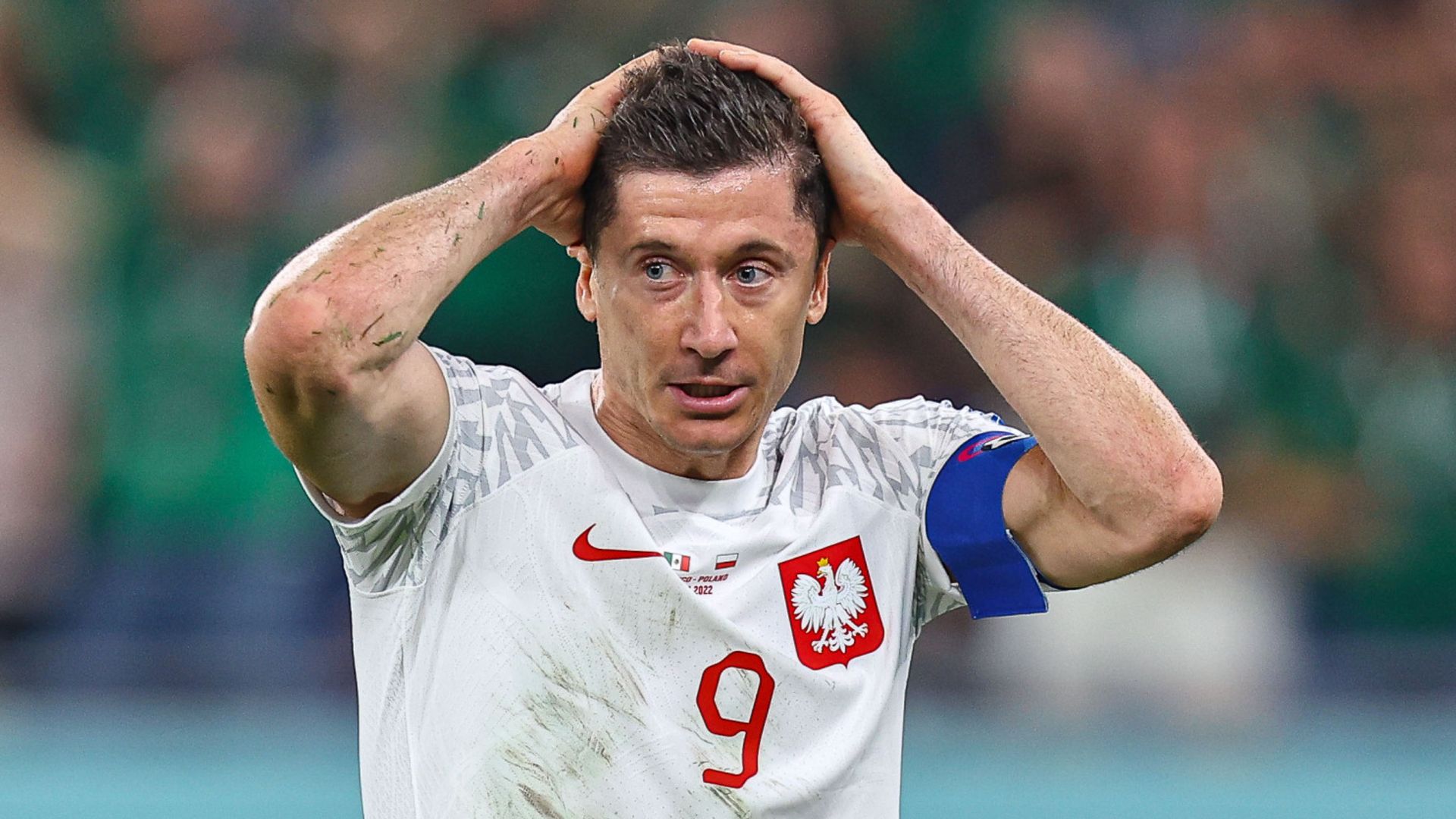 Guillermo Ochoa saved a Robert Lewandowski penalty as Mexico and Poland played out a 0-0 draw in their World Cup Group C opener in Doha.

Mexico were the more dangerous side in a game bereft of genuine attacking quality, but Poland had the best chance to claim all three points when Lewandowski was brought down in the area by Hector Moreno and a penalty was awarded after a VAR review.

Lewandowski dusted himself down but saw a tame spot-kick saved by 37-year-old goalkeeper Ochoa, who is making a record fifth appearance at the World Cup finals.

Ochoa’s heroics galvanised Mexico’s players, and their fervent support in the stands, but they were unable to convert that into a victory, as a share of the spoils left both nations behind Group C leaders Saudi Arabia – who stunned Argentina earlier on Tuesday – after one game played.

Mexico just about shaded a cagey opening quarter and registered the game’s first chance when Alexis Vega rose at the back post and sent a header looping inches wide.

Moments later, Jesus Gallardo’s run in the area forced Wojciech Szczesny off his line but the Poland defence were on hand after the ball ricocheted past their goalkeeper.

After an uneventful first period the game came to life after the break. Hirving Lozano’s dipping shot from distance forced Szczesny into action within seven minutes of the restart before a VAR intervention handed Poland the chance to break the deadlock.

Moreno was adjudged to have hauled Lewandowski down in the area – the penalty was awarded despite Mexican protests – but goalkeeper Ochoa made a brilliant save to deny Poland’s all-time leading goalscorer a maiden World Cup goal from 12 yards.

The conditions were set perfect for Mexico to push on and secure victory, but it failed to materialise as both sides settled for an opening-night point.

The draw means Saudi Arabia remain top of Group C after their shock victory over Argentina, with Herve Renard’s side able to qualify for the last 16 if they beat Poland on Saturday.

It will also be all to play for when Mexico face Argentina in four days’ time in a game of must-win proportions for Lionel Messi and co.

Player of the match – Guillermo Ochoa

He may have had little to do repelling a toothless Polish attack, but when called upon Ochoa produced a moment befitting of a man embarking on his fifth appearance at a World Cup finals.

Lewandowski’s penalty was poor, but it needed saving, and save it Ochoa did in a moment which very nearly propelled Mexico to victory, such was its significance and timing.

It underscored the important role Ochoa will play if Mexico are to progress past the last-16 stage at a World Cup for the first time in 36 years. With his attacking team-mates off colour, and now goalless in three World Cup games, keeping the ball out of their net will be crucial.