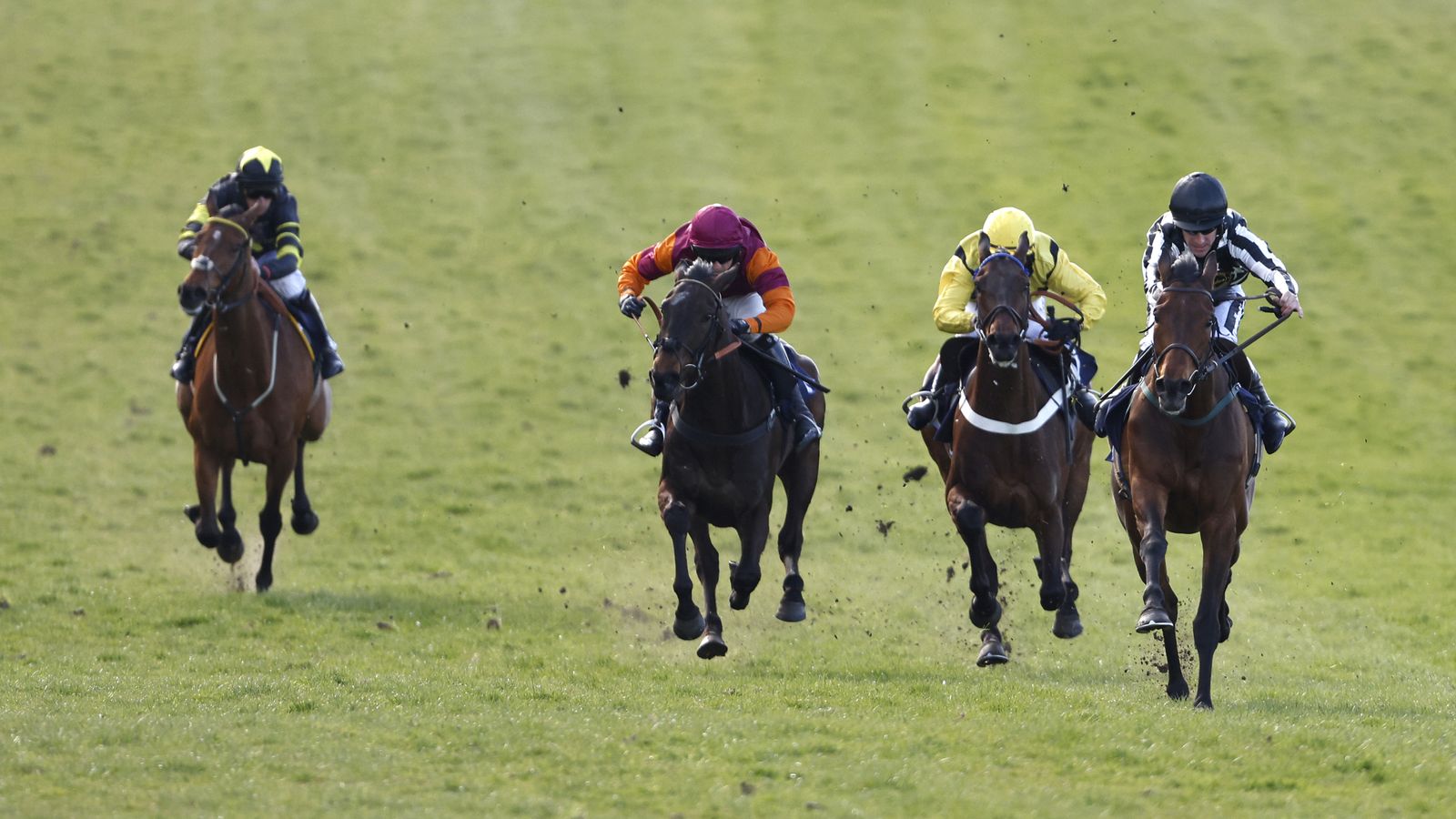 Double jumping action is the order on Sky Sports Racing this afternoon, with Rocco Storm bidding for a hat-trick over at Sedgefield.

Danny Brooke’s Rocco Storm is in the form of his life and could well bring up the hat-trick in the Go Racing With Vickers.Bet Novices’ Handicap Chase (2:55) at Sedgefield.

It’s taken a while for the seven-year-old to find his feet over the larger obstacles, but victories at Hexham and then here over the distance give him a favourite’s chance.

Tom Creen makes his stable debut for Sam and Jonathan England – he could be the likely rival for the favourite, with a point-to-point success on his last start although he hasn’t been seen for six months.

It wouldn’t be a victory as lucrative as Coole Cody’s win in the 1965 Chase last weekend at Ascot, but no doubt Sabbathical would be a welcome success in the Vickers.Bet Proud To Sponsor British Racing Handicap Chase (1:55).

The seven-year-old won last week at Fakenham and has a quick turnaround to overcome but should take a bit of beating under Adam Wedge if in the same form.

He isn’t the only last-time-out winner in the field though, with the Stuart Coltherd-trained Budarri worth considering after a third career success at Musselburgh last time out.

Only seven line up in the Follow @vickersracing On Twitter Novices’ Handicap Hurdle (3:05) but it’s a tricky heat to figure out at Southwell.

The race has a trio of last time out winners, the most interesting possibly Blenkinsop who got an excellent ride from Alice Stevens to win at Ludlow on hurdling debut – Hugh Nugent takes over in the saddle for Henry Daly.

Patrick Crawley’s Supreme Yeats has plenty of experience and will be tough to get past, whilst Alex Hales sends Our Bill’s Aunt who landed a first success on handicap debut at Chepstow.

Watch every race from Sedgefield and Southwell live on Sky Sports Racing on Tuesday November 22.