Smith: McIlroy called to try and convince me against joining LIV 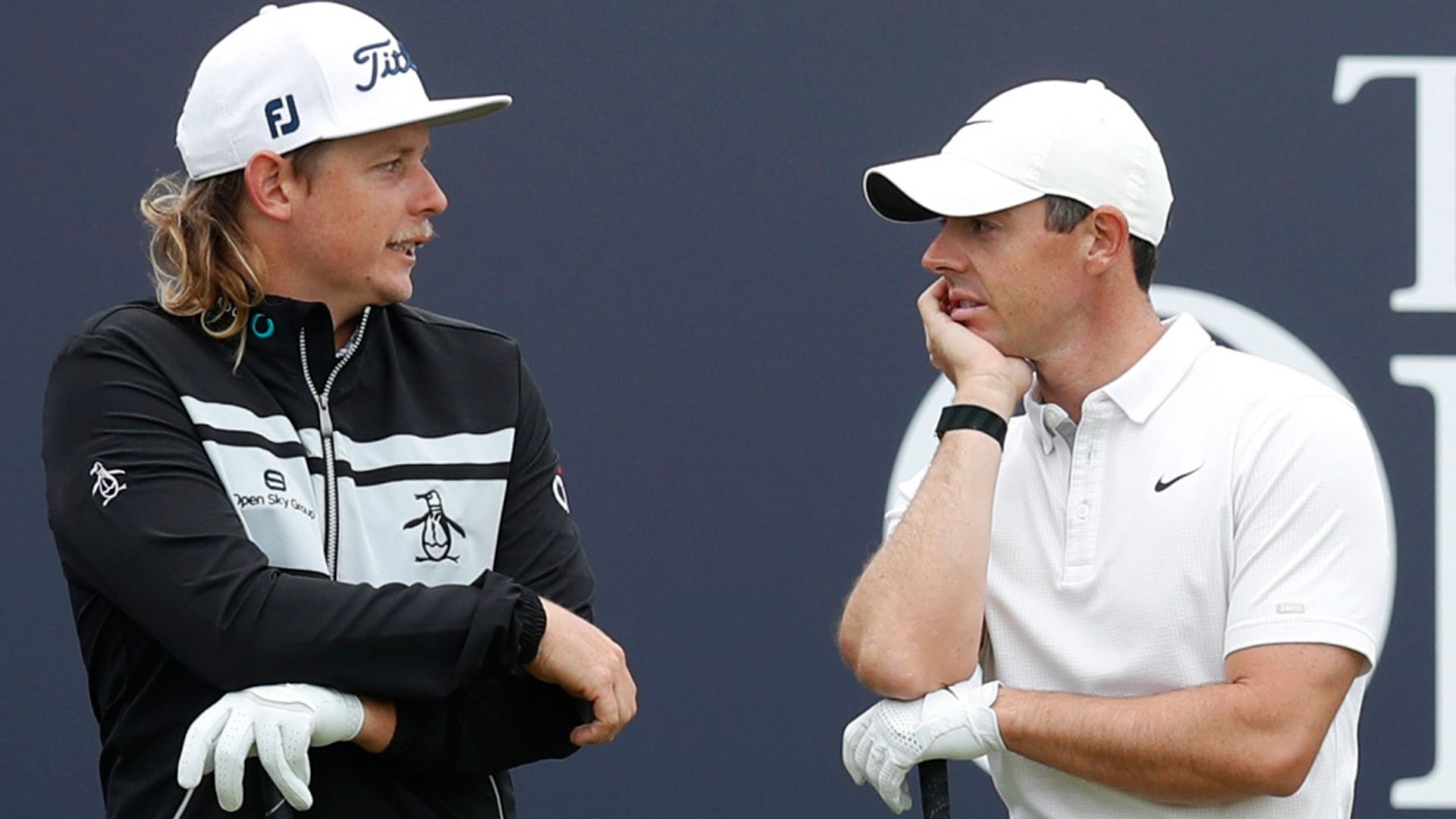 “I’ve always had respect for Rory and I’ve liked what he says on the golf course. We talked about the PGA Tour and LIV. There was a bunch of stuff he wanted me to know before I made my decision. I wouldn’t say he tried to directly talk me out of it, but he definitely wanted me to stay.”

Cameron Smith has revealed Rory McIlroy rang him on the phone following his win at The Open to try and convince the Aussie against joining Saudi Arabia’s LIV Golf.

World No 3 Smith, who picked up his maiden major triumph at The Open in July, caused a stir in the world of golf by becoming the first Top 10 player to join LIV just weeks later.

Smith started the final day of The Open at St Andrews four shots behind McIlroy and Norway’s Viktor Hovland, only to play a fabulous back nine and clinch victory.

The aftermath saw Smith asked by a journalist if his move to LIV was a done deal, to which he responded: “I just won the British Open, and you’re asking about that. I think that’s pretty not that good.”

The Australian has now revealed McIlroy – perhaps the most prominent critic of LIV – rang him before his ultimate decision to defect from the PGA.

“I’ve always had respect for Rory and I’ve liked what he says on the golf course,” Smith told the Sydney Morning Herald.

“He said: ‘Congrats’. There were maybe a couple of little jabs in there. He was happy I played well and it was a good tournament.

“Then we talked about the PGA Tour and LIV. There was a bunch of stuff he wanted me to know before I made my decision. I wouldn’t say he tried to directly talk me out of it, but he definitely wanted me to stay.”

Smith’s deal to join LIV is understood to have been worth $140m, with the 29-year-old confirming it was a decision that gave him sleepless nights.

“I was definitely leaning one way [the day he won The Open], but it wasn’t signed on paper,” Smith says. “There was still so much stuff to do, and so much to think about.

“It felt like I didn’t sleep for a few months. I was constantly thinking: ‘What will other people think?’

“That was a really big factor for me. I feel like I do most things by the book and to be one to step away…was really tough for me.

“For me, the PGA Tour is a great place. It’s a great tour that does really good things. But as you look back, Adam [Scott] has been one of the best golfers in the world for 20 years and I just think it’s really weird for them [PGA Tour] to not have an event [in Australia] just because of him.

“Then you have Jason [Day], Marc [Leishman], there’s a bunch of guys they could have done so much for. The Aussie crowd gets around it so much.

“But I just don’t think it’s that profitable for them and that’s kind of the reason behind it all.”

Amid the profitable decision to join LIV, Smith says he was wary not to let it affect his performance on the golf course.

“But I said to my agent: ‘My No 1 goal is to get the ball in the hole in as few shots as possible. If this gets too much we’ll have to look at other things.’

“It doesn’t matter about prize money. The thing that gets us going as competitors is winning.”

Of his future aims in the game, Smith says clinching The Masters at Augusta is near the top.

“Absolutely,” he says. “Lifting that up, or any major, would be epic. St Andrews might be No.1 forever, but [The Masters] is definitely the one I want to get.

“One thing I know is I’m still really hungry. This year, and especially the last couple of months, there’s been a lot of people that have said some stuff. I’ve just got to prove them all wrong.”