Belgium nick unconvincing win | Martinez: Canada were better than us 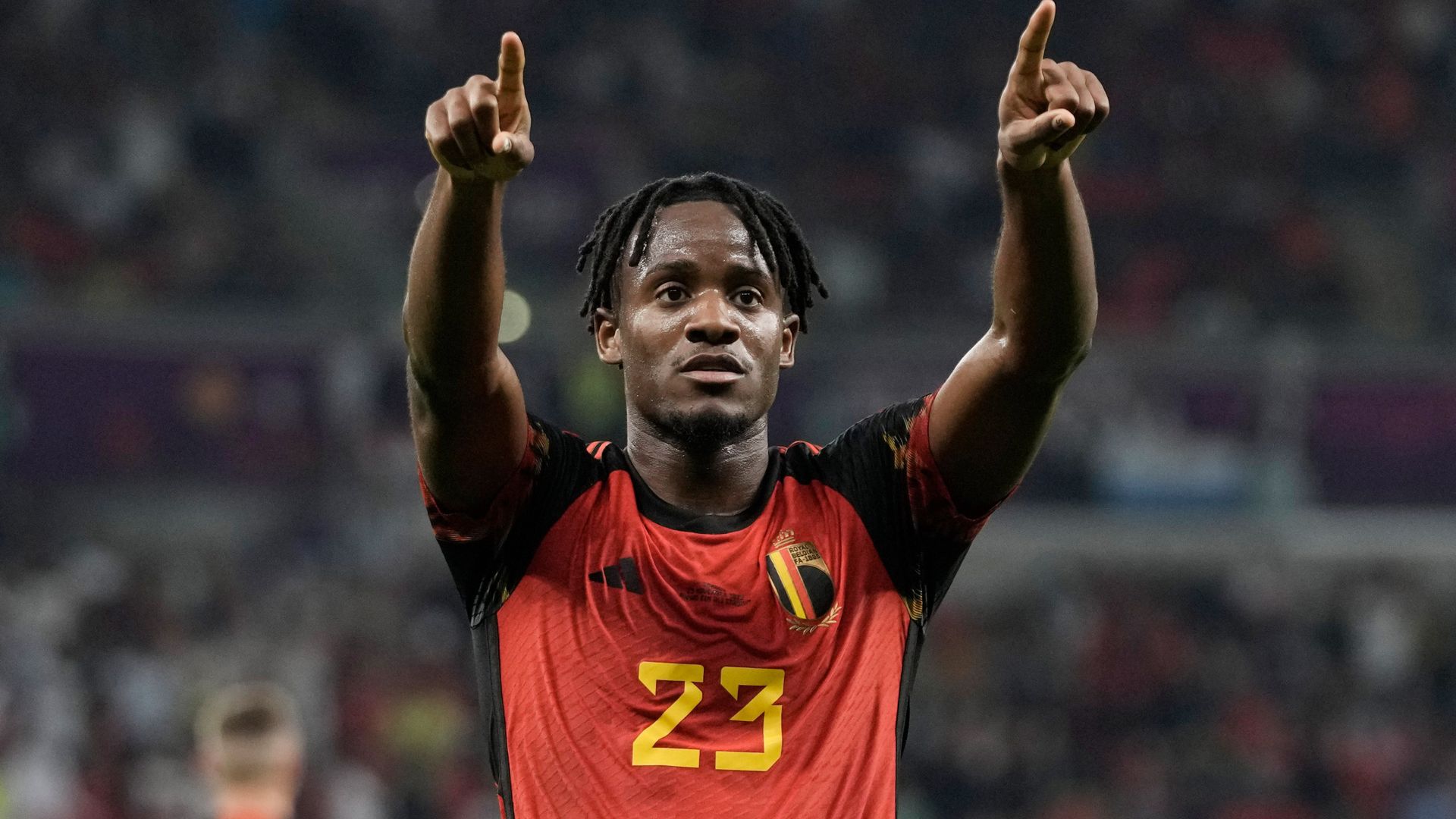 Michy Batshuayi steered Belgium to an unconvincing 1-0 victory over Canada in the opening game of their 2022 World Cup campaign.

Playing in just their second World Cup finals, Canada missed a golden opportunity to take an early lead, as Alphonso Davies had a penalty saved.

Belgium striker Batshuayi took full advantage just before half-time as he fired in the only goal of the game, sealing the Red Devils a narrow Group F win in Qatar.

Canada lost all three of their games without scoring in their only other World Cup finals appearance in 1986, and their wait for a first point and first goal goes on into their next game against Croatia on Sunday.

Canada were presented with a glorious chance to take the lead on 10 minutes after a Taylor Buchanan strike hit the arm of Yannick Carrasco in the box, but Davies saw his tame effort saved by Thibaut Courtois.

The North American side continued their dominance in the first half, with an ageing Belgian backline creaking time and again in the face of waves of attacks, but they somehow fell behind on 44 minutes.

How Canada failed to take their chance – the key stats

A Toby Alderweireld punt upfield was not dealt with by the Canada defence, and Batshuayi took full advantage as he brought the ball down in the box with one touch before lashing his second emphatically into the back of the net.

It said a lot about Belgium’s first-half performance that, despite taking the lead, Roberto Martinez still felt the need to make two changes at the break, throwing on Amadou Onana and Thomas Meunier for Youri Tielemans and Carrasco.

The switches helped stem some of the Canada tide, as Belgium saw out an uncomfortable opening victory. They face Morocco next, with a win likely to take them through to the last 16.

Martinez: Canada were better than us

“It was such a difficult game. Canada were better than us in what we wanted to do. They have a lot of pace and directness, and to be fair we had to show another side to our play.

“I’m delighted because we won the game through grit and experience, and the quality of our goalkeeper that can keep you in a game with a penalty save. The victory for me is more important than when you play well.

“Canada deserved to be better than us in the way they approached their performance. But in the end the result reflects what we had to do and the way we defended for each other, and we took our chance.

“You’ve seen many top teams losing games and in this tournament you develop and grow as they go in. If you do that by winning games it’s an incredible advantage. We didn’t play well, that’s clear, but we need to be realistic and appreciate the win. When a team can win a game without playing well it’s a lot to build on.”

“I’m proud of the performance, but you need to take three points in your first game. We had an opportunity tonight to go top of the group, that was the mission and we missed it.

“As I said these lads put in a shift, they showed they can live on this stage and they made the fans proud. They feel they can belong here, that was the message for us.

“We’re going to go against Croatia, that’s our mission now. I told them I lost my first game at London 2012 [in charge of Canada’s women] and we went on to win a medal. It’s how we respond now. With that belief, and if we keep the brotherhood tight, we’ve got a chance.”

‘Belgium are no longer a team to be feared’

“Roberto Martinez put on a brave face. Having dodged an opening-night shock at the hands of Canada he had every right to focus on the positives, but scratch beneath the surface of the result and alarm bells will almost certainly be ringing.

“This World Cup was billed as the last chance for Belgium’s golden generation to do it on the big stage, but their underwhelming, disjointed debut in Qatar raised the suggestion that chance may have already passed.

“It may seem premature to reach such a conclusion one game into a tournament for a nation who have the likes of Kevin de Bruyne, Eden Hazard and Thibaut Courtois in their ranks, but concerns over Belgium’s credentials are myriad.

“Michy Batshuayi was the matchwinner but the sight of the former Chelsea and Crystal Palace striker leading the line shone a light on their over-dependence on injury-prone Romelu Lukaku. At the back, Jan Vertonghen and Toby Alderweireld, two defenders revered in their prime, were constantly tormented by the Canadian attack.

“Had Canada possessed a striker with the same quality as Alphonso Davies then Belgium would have suffered the same fate as Argentina and Germany. They got away with one on this occasion, but there was nothing to suggest the same would happen against better opposition.”

Player of the match – Thibaut Courtois

The save from Davies’ early penalty proved to be the crucial moment for Belgium and, as he kept calm and composed behind Belgium’s struggling defence, Courtois proved why he is arguably the best goalkeeper in the world.

What the result means

Belgium go top of Group F after their opening game, ahead of Croatia and Morocco who played out a goalless draw earlier in the day.

What else happened at the World Cup on Wednesday?

There was a massive shock in Group E as two late goals saw Japan come from behind to beat Germany 2-1, while Spain took control of the group after thumping Costa Rica 7-0.