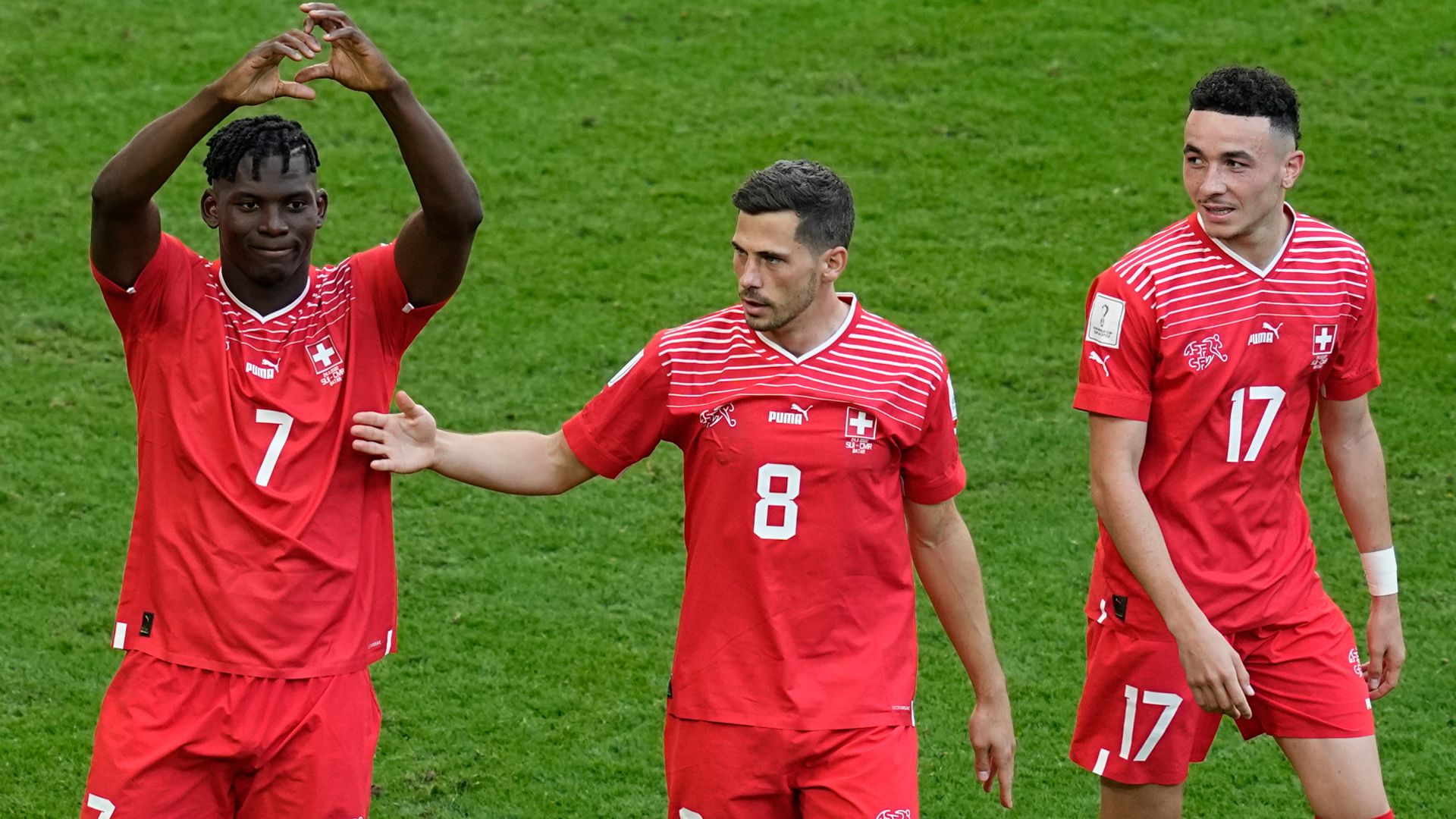 Breel Embolo, a Cameroon native, scored the only goal of a cagey game to earn Switzerland a winning start to their Group G campaign.

Embolo, who was born in Cameroon’s capital Yaounde but raised in Basel, is representing the Swiss at his second World Cup having received citizenship in 2014.

The striker rounded off a free-flowing move in the 48th minute, sweeping home a low cutback from Xherdan Shaqiri, but opted for a muted celebration given his connection to the African nation.

Former Liverpool forward Shaqiri has been directly involved in exactly half of Switzerland’s 24 goals across their last four appearances at major tournaments.

How the Swiss edged past Cameroon

The Swiss goal arrived after Cameroon, without a win in the World Cup for 20-years, had dominated an entertaining first half, missing several chances to seize the initiative.

The Indomitable Lions had eliminated Algeria in a play-off to qualify for the tournament, and carried much of that momentum into their Group G opener, using pace and power to outmanoeuvre their European opponents.

Head coach Murat Yakin – who professed to be overseeing the “best Switzerland national team to have ever existed” pre-tournament – will have been relieved when talisman Shaqiri got to the byline and pulled the ball back to an unmarked Embolo three minutes into the second period.

The Monaco forward then raised his hands in what appeared to be a gesture of apology after scoring.

An almost identical move just past the hour mark threatened to wrap the game up, but Ruben Vargas’s shot was pushed wide by keeper Andre Onana, as Switzerland belatedly began to offer the threat and urgency their manager had previously promised.

The Swiss next play tournament favourites Brazil on Monday, while Cameroon will take on Serbia.