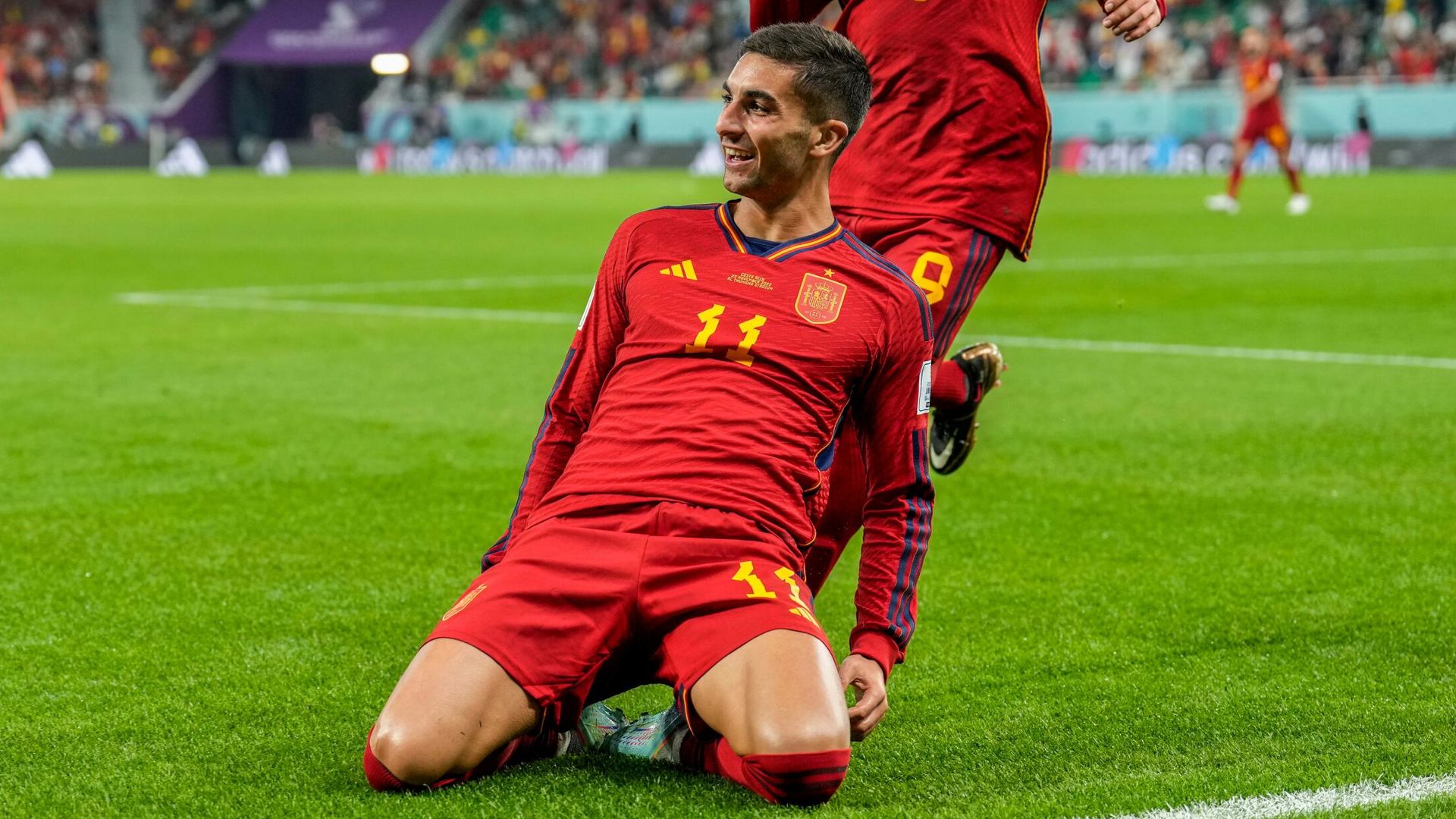 Spain began their World Cup campaign with a display of total dominance as they thrashed Costa Rica 7-0 to provide an early statement about their tournament credentials.

Kick-off came only hours after Japan had pulled off a shock 2-1 win over Germany in the other game in Group E but there was never any possibility of another upset at Al Thumama Stadium, with Luis Enrique’s side in complete control from the outset.

Dani Olmo (11) and Marco Asensio (21) scored their first two goals, with former Manchester City forward Ferran Torres adding the third from the penalty spot (31), then notching his second of the night with a low finish soon after half-time (54).

Barcelona midfielder Gavi, the youngest player to play for Spain at a World Cup at 18 years and 110 days old, then became the youngest scorer in the competition since Pele in 1958 with a sublime volleyed finish from Alvaro Morata’s pass for the fifth goal (74).

There was still time for substitutes Carlos Soler (90) and Morata (90+2) to get in on the act, with Costa Rica unable to offer anything in response, failing to even muster a shot on goal as Spain, seeking a repeat of their 2010 World Cup triumph, enjoyed a record 82 per cent share of the possession.

Spain’s dominance was such that they could have already been ahead by the time Olmo scored their 11th-minute opener, the RB Leipzig forward lifting a deft finish over Keylor Navas from Gavi’s pass having earlier flashed a low effort just wide.

Spain started the game without an out-and-out striker but it proved no hindrance as Real Madrid’s Asensio, playing as a false nine, swiftly doubled their lead from Jordi Alba’s low pick-out.

Costa Rica were left shell-shocked by Spain’s start and the pattern of the game continued to follow the same lines, with Torres scoring from the penalty spot after Oscar Duarte had felled Alba.

The game was effectively over as a contest at that point but Spain’s appetite for goals remained insatiable, with Torres adding the fourth after the break when dismal Costa Rica defending gave him a second chance after his initial shot was blocked.

The fourth goal signalled the first in a raft of Spain changes, with Torres and the brilliant Pedri substituted with Sunday’s game against Germany in mind, but their dominance continued.

Morata blazed wide having sprung the Costa Rica offside trap but Spain did not have to wait long for their fifth goal, Gavi capping another outstanding individual performance with a wonderful strike, hit with the outside of his boot from the edge of the box and bouncing in off the post.

That goal came from a Morata cross and the former Chelsea striker eventually got one of his own, playing a clever one-two with Olmo before slotting a left-footed finish past the hapless Navas.

Moments before that goal, Soler, of Paris Saint-Germain, had added the sixth when he pounced on a loose ball after a low cross from fellow substitute Nico Williams was palmed into the danger zone by Navas.

Spain will of course face far sterner tests than this, starting against Germany on Sunday, but their performance was nonetheless an ominous show of strength at a tournament in which some of the other favourites – Argentina as well as Germany – are already faltering.

Player of the match – Gavi

Pedri was putting together a strong case but his early withdrawal after Torres scored Spain’s fourth allowed Gavi, his fellow teenager and Barcelona team-mate, to take centre stage.

The 18-year-old’s goal, brilliantly taken from Morata’s cross, was the highlight of his performance and the moment which created history, making him Spain’s youngest-ever scorer at a World Cup.

But his all-round performance was just as impressive. As with Pedri before his substitution, Costa Rica simply could not get near him, the midfielder showing character and quality far beyond his years on the biggest stage of them all.

He had 91 touches and finished the game with a pass success rate of 90 per cent. Costa Rica found the only way to stop him was to foul him. In total, he won five free-kicks, four more than any other player in a red shirt.

He might have to get used to that kind of treatment at this World Cup but the good news for Spain is that it had no effect on him. This was an extraordinary performance from a remarkable young player.

“I know I’m the youngest in the team and I respect everyone, but on the field it’s different and I bring out my best,” Gavi said.

On becoming the youngest scorer in the World Cup since Pele in 1958, he added: “I’m proud to be on that podium. Not even in my dreams had I imagined this.”

“It is the national team that scores the most goals in all the championships we have been in. We may not have a benchmark player who scores 30 goals but we have Ferran, Dani Olmo, Marco Asensio, Gavi… I’ve never been worried about finding goals.”

Costa Rica head coach Luis Fernando Suarez: “We couldn’t get the ball and there was nothing in attack from us. I have to admit that we were bad and we all have to take account of what happened.

“We are worried that the group won’t get out of this hole that we are in. I hope that we can sort things out and start working from tomorrow before Japan.”

“Spain’s players will never have played in such an easy international as they have tonight.”

“I did not think Costa Rica could get any worse from the first half, but they actually surpassed how bad they were, they were all over the place.

“It was a mess, but well done to Spain.”

Spain jump into poll position in Group E, level on points with Japan, who beat Germany 2-1 in the earlier game, but with a huge advantage in terms of goal difference.

They now face Germany on Sunday, with kick-off at 7pm, knowing victory would sensationally knock Hansi Flick’s side out of the tournament, unless Costa Rica beat Japan in the other game, which kicks off at 10am on the same day.