Explained: How Ewart Shadoff’s career was nearly ended by a sneeze 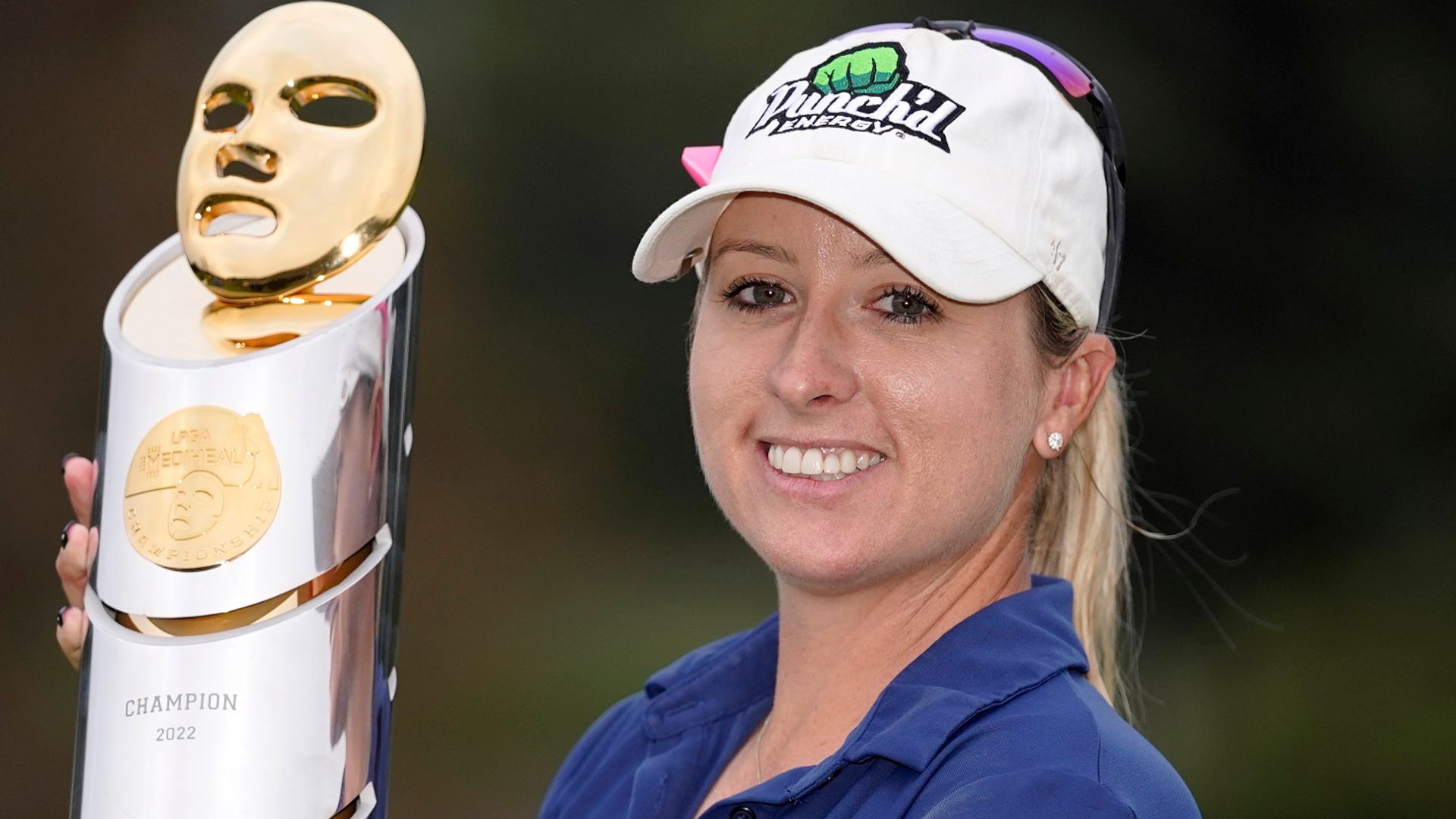 Jodi Ewart Shadoff suffered many injury setbacks on her road to victory, herniating the same disc in her back multiple times; she once herniated it by sneezing too hard; she won her maiden LGPA Tour title at the Mediheal Championship; “I sneezed so hard my disc blew out”

For Jodi Ewart Shadoff, the path to her first Tour win was not an easy one to tread, with bizarre injuries becoming the biggest setback on her road to victory.

The 34-year-old has been a regular face on the LGPA Tour for many years, but she could never quite get over the finish line, back problems and herniated discs setting her back over and over again.

Ewart Shadoff even contemplated quitting due to the bizarre reoccurring injury she so often faced, once sneezing so hard she “blew her disc out”.

“My first back injury was in 2015. I was in the gym in Portland and was doing the good morning exercise which is like a hamstring exercise,” she told the Sky Sports Golf podcast.

“As I was going down with the weight, I was using like 20 pounds I think, it just blew out.

“Something really weird just happened. In that moment was the first time I herniated that disc.

“It took maybe four weeks and I was having a really bad year that year as well.

“That was the first setback and then it has happened multiple times after that and it is always something weird.

“One time it was when I was picking up a hairdryer off the floor, another time I was bending down to unplug my charger out of the wall and most recently it was sneezing, so that was fun.

“A sneeze came over me and I sneezed so hard my disc blew out.

“I just remember being on the floor and my husband was at home and he came rushing over and I was just in floods of tears and saying ‘I can’t do this anymore’.

“I had been through this so many times and each time it takes longer and longer to recover from.

“In that moment golf was over, I thought my career was done.”

Despite contemplating cutting her career short, Ewart Shadoff battled on and finally claimed her maiden victory in October at the Mediheal Championship.

She posted a one-under 71 during a rollercoaster final round at The Saticoy Club in California, mixing three birdies with two bogeys to hold off the chasing pack and claim a wire-to-wire victory.

However, for Ewart Shadoff the win only came when she had come to terms with the idea there was more to life than her golfing career.

“I had kind of accepted that it was never going to happen for me, and you go back to the standard of golf becoming increasingly difficult to win on Tour,” she added.

“I think the moment that I accepted that I wasn’t going to win but I was OK with not winning, then I won.

“It was like this little hurdle I got over.

“I worked really closely with my mental coach and we worked a lot on being happy no matter what.

“I would say 100 per cent of players at some point in their career let performance on the golf course put us off the golf course and I had been a victim of that for a very long time.

“I think the moment that I accepted that golf was just what I do but not who I am then everything fell in place for me.”