Pep Guardiola has signed a two-year contract extension that will keep him at Manchester City until 2025.

Guardiola’s existing deal at the Etihad Stadium expires at the end of the season.

Following the announcement, Guardiola said: “This is just the confirmation of how comfortable we are, the club and myself, again, like signing at the beginning. I cannot say thank you enough to all the club to trust me, to give me the opportunity to do my job as best as possible, but that is just papers.

“We have to be comfortable with the team, with the club, otherwise it makes no sense. The incredible, beautiful memories we had together and still have the dream to achieve more. I know what the club wants. I will fight for that with our players and staff to do our club as best as possible.”

The 51-year-old is the second-longest serving Premier League manager – behind only Liverpool’s Jurgen Klopp – and the fifth-longest serving in the top four divisions of English football.

Guardiola joined Manchester City in 2016 after three years at Bayern Munich, where he won the Bundesliga on three occasions and the DFB-Pokal twice. 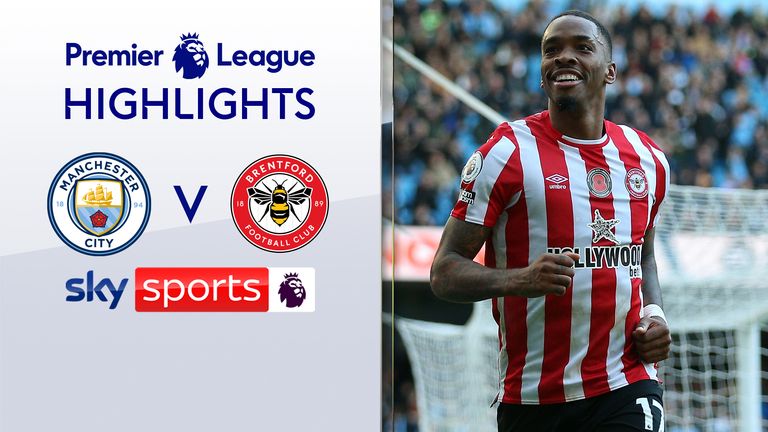 FREE TO WATCH: Highlights from the Premier League match between Manchester City and Brentford

His serial winning has continued during his six years in England, too. City have won the Premier League four times during his tenure, as well as one FA Cup, four Carabao Cups and two Community Shields.

Asked about his future earlier this month, he said: “I’ve said many times, I don’t talk about that. Everything is under control, it’s perfect, the decision will be made together with the club the moment it has to be made.

“I said many times, I had the feeling that both the club and myself are happy to be together. When we have time, when the moment we feel it both sides, we take a decision.”

‘Guardiola loves it at City; Haaland could be missing piece in search for elusive Champions League title’

“He really loves being at Manchester City and he was very open about it, with regards to the tools at his disposal.

“We saw City’s really incredible off-field results recently – they are making more money than any other Premier League club have in the last 12 months. They are here to stay and Guardiola is here to stay for another two years as well.

“I think the signing of Erling Haaland has been key; bringing in someone of such potential and of such talent at such a young age. We have already seen his incredible start to life in the Premier League – could he be the missing piece in the jigsaw that means finally City can land that elusive first Champions League trophy?

“This is a dynasty in English football, make no mistake about it. But Guardiola and the players long for that Champions League trophy – and Haaland could be the man that helps fire them to that. I think that all plays into his decision.

“Guardiola has been out in Abu Dhabi; we saw him at the Grand Prix, he had a golf Pro-Am yesterday and the players will be there for some warm-weather training in around five or 10 days or so.

“He will get a bit of rest between now and then and then he’ll go again because, in the Premier League, they face a real test against Arsenal, who are five points clear at this mid-season break. They have got some work to do in the second half of the campaign, but for City fans today, this is the best possible news to be waking up to.”

Follow every Man City game in the Premier League this season with our live blogs on the Sky Sports website and app, and watch match highlights for free shortly after full-time.

Get all this and more – including notifications sent straight to your phone – by downloading the Sky Sports Scores app and setting Man City as your favourite team.

Hear the best Premier League reaction and expert analysis with the Essential Football and Gary Neville podcasts, keep up-to-date with our dedicated Transfer Centre, follow the Sky Sports social accounts on Twitter, Instagram and YouTube, and find out how to get Sky Sports.