Will Man Utd and Liverpool sales turn into bidding war? 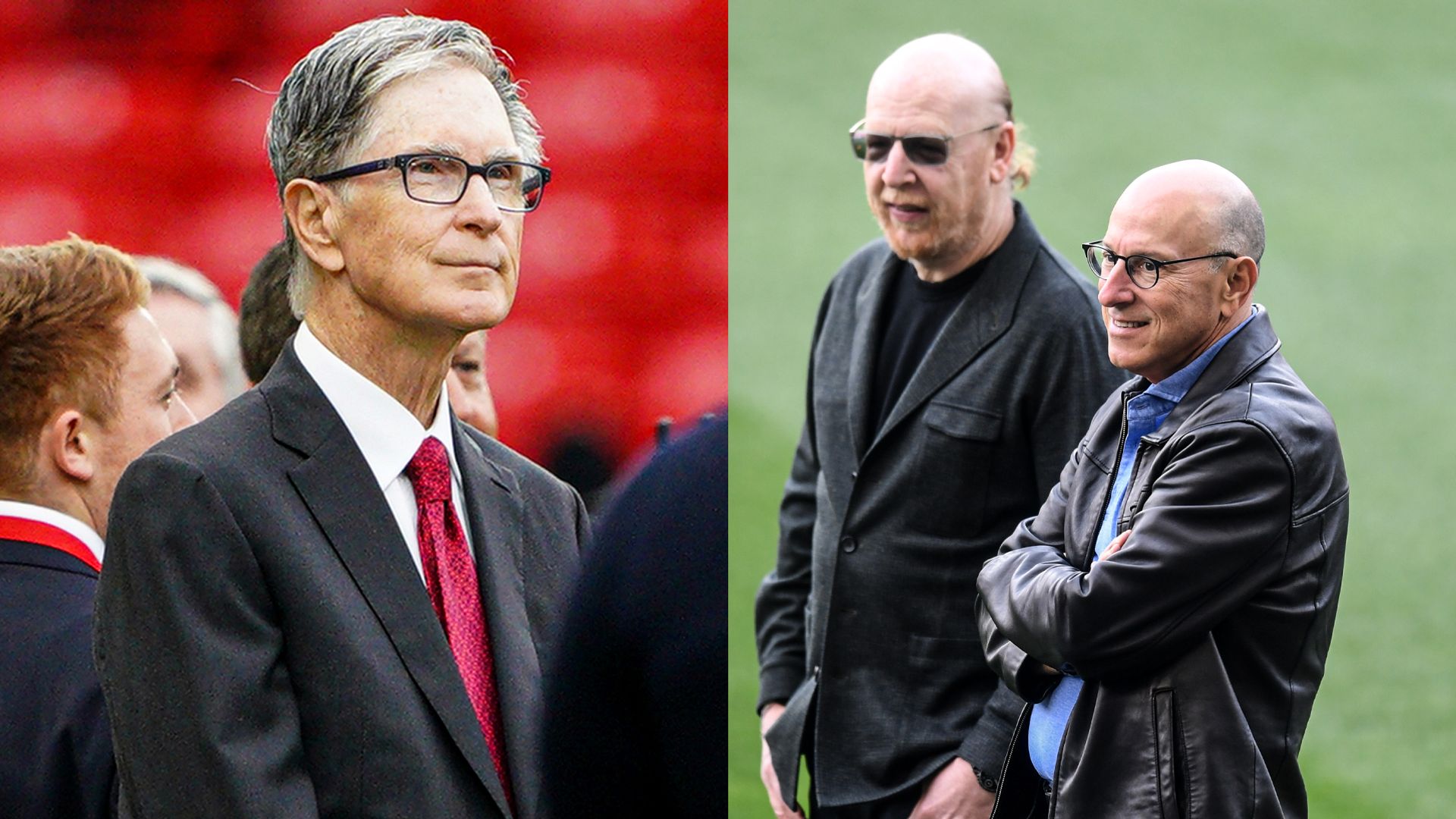 Two of the biggest clubs in the world are on the market – and the race to be sold has begun.

Manchester United and Liverpool – an historic Premier League rivalry and English football royalty – are concurrently willing to listen to offers from potential buyers.

Reds owners Fenway Sports Group said earlier this month they are “open to investment” although remain “fully committed” to the club with banks Goldmann Sachs and Morgan Stanley instructed to gauge interest around a sale.

Now, just weeks later, the Glazer family are open to selling up as United plans to identify “strategic alternatives” and said the process will consider a number of options “including new investment into the club, a sale, or other transactions involving the company”.

So what will happen next? Sky Sports News senior reporter Melissa Reddy and football finance expert Kieran Maguire analyse the key points around the sales of the clubs.

Why are both Liverpool and Man United on the market?

Sky Sports News senior reporter Melissa Reddy: “You could look to Chelsea’s sale earlier this year. Roman Abramovich was sanctioned and he didn’t have any other option but to sell the club.

“Despite it being a forced sale, Chelsea still fetched a figure of £4.25bn which astounded many. Manchester United and Liverpool will feel they are superior assets, they command a larger global audience, greater commercial deals and so they will feel they can fetch in excess of that.

“United also have things to consider like interest rate risk and there’s the ballooning costs of having to compete on and off the pitch with state-owned clubs.”

Manchester United plc (NYSE:MANU), one of the most successful and historic sports clubs in the world, announces today that the Company’s Board of Directors (the “Board”) is commencing a process to explore strategic alternatives for the club.

The process is designed to enhance the club’s future growth, with the ultimate goal of positioning the club to capitalize on opportunities both on the pitch and commercially.

As part of this process, the Board will consider all strategic alternatives, including new investment into the club, a sale, or other transactions involving the Company. This will include an assessment of several initiatives to strengthen the club, including stadium and infrastructure redevelopment, and expansion of the club’s commercial operations on a global scale, each in the context of enhancing the long-term success of the club’s men’s, women’s and academy teams, and bringing benefits to fans and other stakeholders.

Football finance expert Kieran Maguire: “The Glazers have seen what’s happened at Chelsea. They have spoken to friends at Fenway Sports Group at Liverpool, and they will know the amount of interest which has been placed, in terms of the Liverpool sale, is concerned.

“Given the price Liverpool is probably being sold for, they will feel they can get a premium on top of that, and it would now be an ideal time to sell – given Manchester United now needs a huge spend, in terms of infrastructure and also, arguably, player recruitment.”

How much could they be sold for?

Melissa Reddy reports on the news both Manchester United and Liverpool are considering new investment and the potential of an outright sale, at the same time

Kieran Maguire: “We must be careful about the Chelsea price because the government only received £2.5bn, the other element of the price is a commitment to spend money over the course of the next 10 years.

“But if you compare the relative size of the profitability and revenue generated at Manchester United to Chelsea, I think a figure between £4bn and £4.5bn is appropriate, and if there’s a lot of interest that will drive up the price.

“Manchester United is a unique asset, it’s a global brand, so £5bn is not impossible, but that would be very much at the top end.”

Melissa Reddy: “When you look at the valuation of football clubs and sports teams in general, it’s reaching a peak period amid a global financial outlook that’s quite bleak and is only going to digress for the next few years.”

Who could buy them? 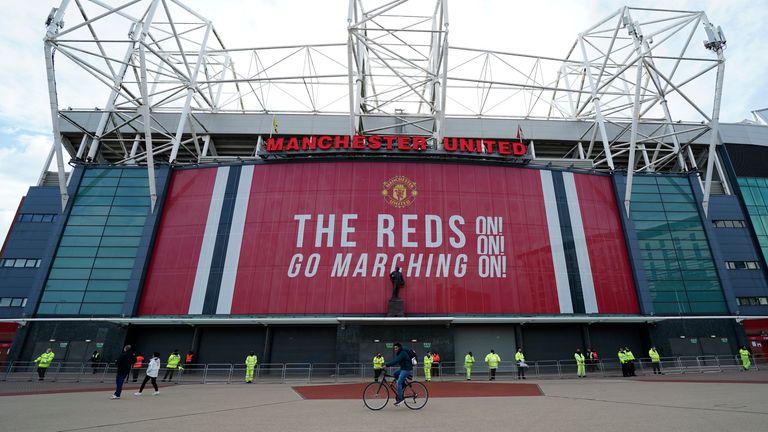 Melissa Reddy: “United’s financial advisors are the Raine Group – they were overseeing the potential bidders for Chelsea. They have a lot of interest on file of very rich people who want to invest in a football club.

“For Liverpool, they are being advised by Goldman Sachs, who helped Clearlake Capital that are part of the consortium which bought into Chelsea. With both teams bringing in people who were so heavily involved in that process it tells us a lot.

“The big thing is making sure, if they are on the market, that they end up in the right hands.”

Kieran Maguire: “We saw over 200 parties interested in Chelsea, and that was a distressed company at the time.

“Chelsea are a big club, Manchester United are a bigger club – there’s no doubt about that. So, I think we will see interest from the USA first, lots of private equity companies feel that football – and the Premier League, in particular – are undervalued.

“Secondly, if we have a successful World Cup in the Middle East, while we already have interest in football from Abu Dhabi, Qatar and Saudi Arabia, there are other Middle Eastern areas for potential investors who might decide, on the back of Qatar and success of other Middle East owners, that they might be interested in acquiring Manchester United as well.” 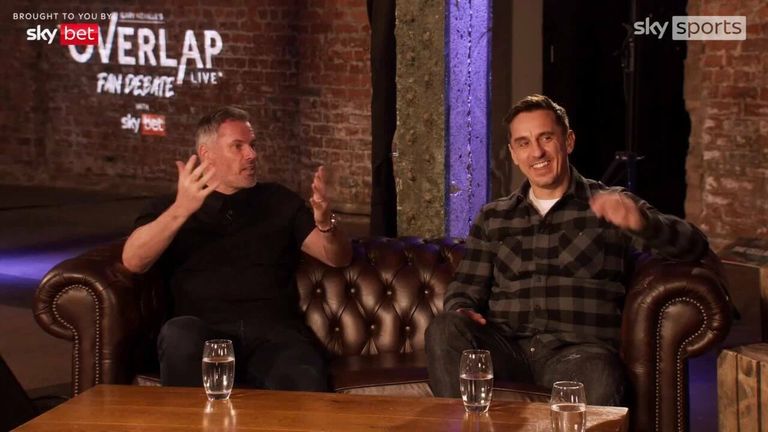 Kieran Maguire: “Sir Jim is the richest man in the country. He’s from Manchester, he used to go to Old Trafford when he was a kid. In terms of creating a legacy back in his hometown, this would be a very romantic coming together of minds.

“Sir Jim is a very successful person because he knows the value of a business. He’s already invested in French football and other sports as well. He won’t overpay, but, at the same time, he would be interested in what the current owners are looking for, in terms of price, and, if that’s appropriate, there’s no reason why he wouldn’t throw his hat into the ring.”