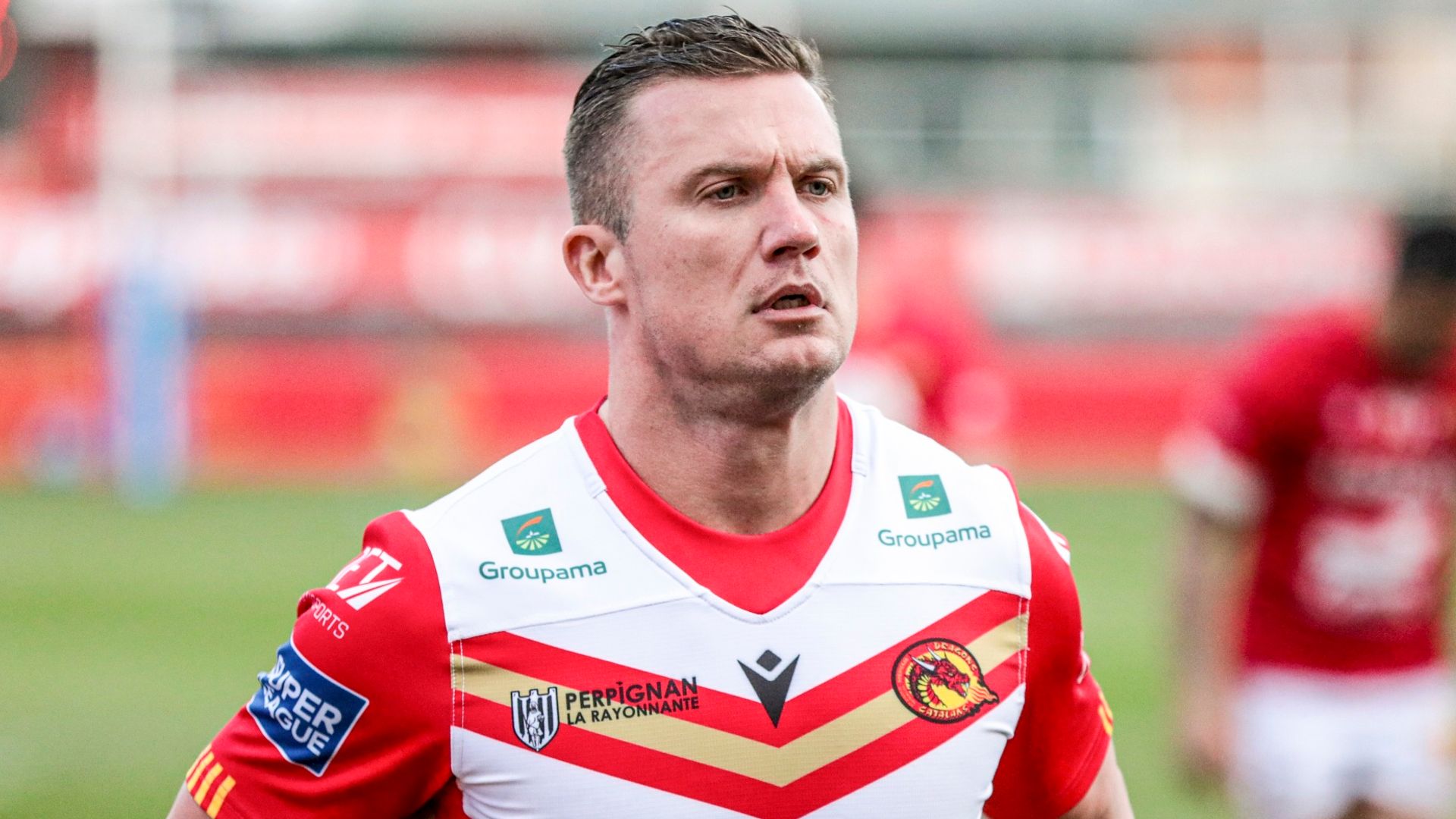 Scrum-half Josh Drinkwater will form a new partnership in the halves for the Wolves with George Williams in 2023; ,Warrington kick off the new Super League season against Leeds on Thursday, February 16, live on Sky Sports

Josh Drinkwater will form part of a new half-back partnership for Warrington Wolves in 2023 after joining from Super League rivals Catalans Dragons on a two-year contract.

Drinkwater has been a key man for the Dragons during his two spells with the French club, helping them beat Warrington at Wembley to secure an historic Challenge Cup triumph in 2018 and as they won the League Leaders’ Shield and reached the Super League Grand Final in 2021.

The Australian will link up with England international George Williams for the Wolves, moving to the Halliwell Jones Stadium following Gareth Widdop’s switch to Castleford Tigers, and is excited by that prospect as well as setting his sights on challenging for more honours.

“I’m very excited about the move,” Drinkwater, who is the third Catalans player to join the Wolves ahead of the 2023 season along with forwards Sam Kasiano and Gil Dudson. “I’ve enjoyed my time in France but I’m really looking forward to getting over now and embracing the English culture again.

“I’m excited to be part of the spine in this team. George is a world class player; also, players like Daryl Clark and Matt Dufty as well – they’re all great players and I’m really looking forward to developing combinations with them.

“When you play for a club like Warrington the ambition has to be trophies. The club wants to win Super League as do I. It’s going to be a process, there’s a pre-season ahead to get ourselves ready.

“With the squad we’ve got here, if we can gel and come together, I don’t see why we can’t be challenging for that.”

Drinkwater, who has also played for London Broncos and Hull Kingston Rovers in Super League, is Warrington’s fifth signing of the summer along with his two fellow ex-Catalans, and forwards Josh McGuire and Paul Vaughan from NRL clubs St George Illawarra Dragons and Canterbury Bulldogs respectively.

It is part of the reshaping of the squad for Daryl Powell’s second season in charge after a disappointing 2022 campaign which saw the highly touted Wolves struggle to an 11th-place finish in Super League.

“I’m delighted that Josh has agreed to join us as we move forward into next season,” head coach Powell said. “He is a quality half-back who can organise a team superbly.

“His combination with George Williams is a well-balanced one that I am confident will contribute massively to what we aim to achieve in 2023.”