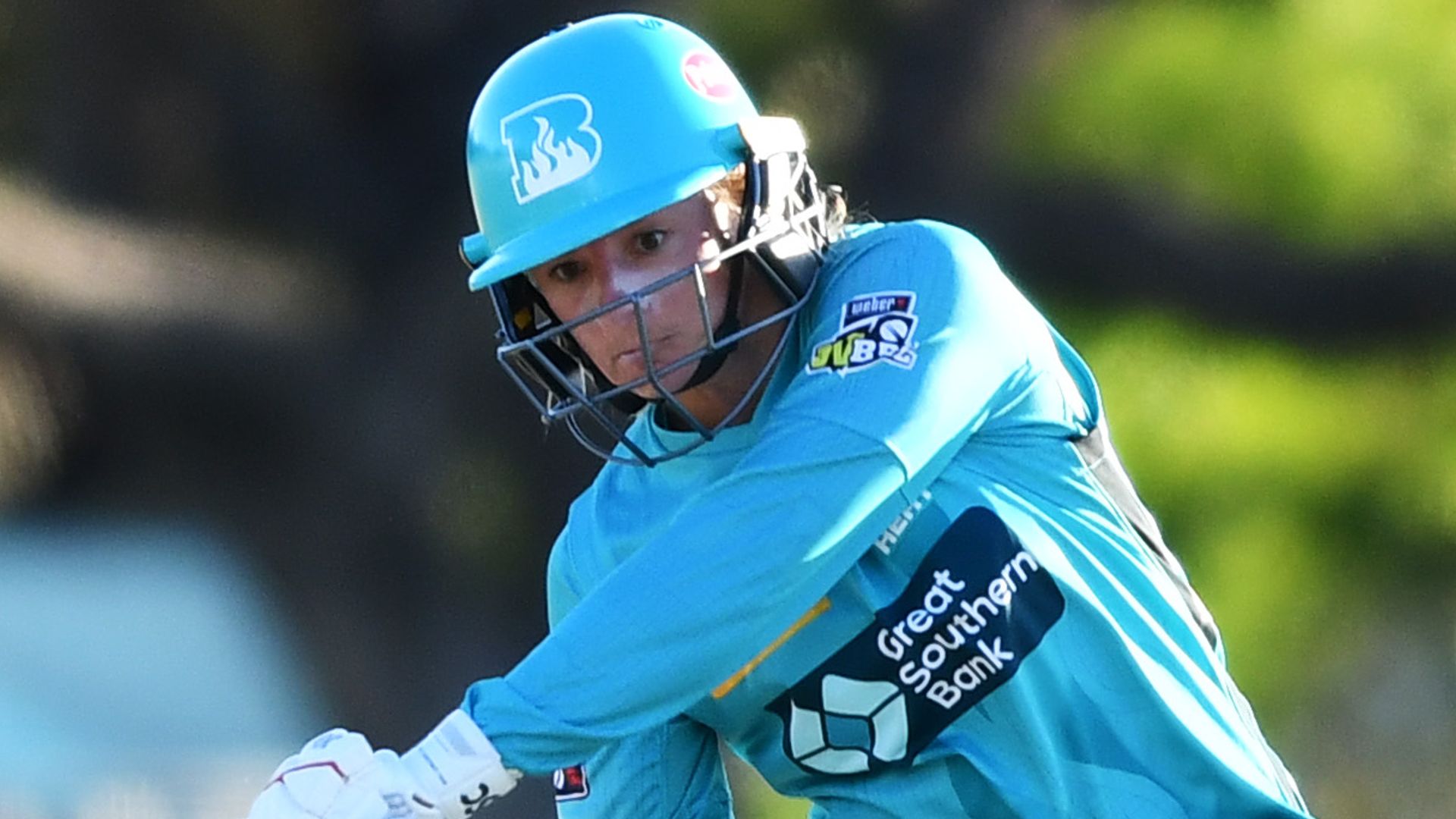 Put into bat by the Hurricanes at the Karen Rolton Oval in Adelaide, the Heat scored 179-9 after 20 overs, the highest score in a WBBL play-off match.

Teenage spinner Amy Smith (3-21) briefly stemmed the flow of runs, but the Hurricanes were set a mammoth target.

Jess Jonassen (4-23) led the way with the ball as the Hurricanes were restricted to 135-9. The win means the Heat face the Adelaide Strikers on Thursday at the Karen Rolton Oval for a place in the final.

Wyatt and Georgia Redmayne put on a 34-run partnership during the powerplay, but Ruth Johnston removed the latter (14 off 13) to stem the flow of runs.

The wicket did not deter Wyatt, who hit six fours and two sixes before Smith bowled the English batter in the 10th over.

Smith had her second wicket in four balls, trapping Grace Harris (1) lbw, leaving the Heat 3-72 at the halfway point.

Powerful right-hander Harris hit an 18-ball half-century against the Hurricanes earlier in the tournament and she was in a similar mood on Wednesday, hitting a boundary with her first ball.

She put on a 54 run partnership with Georgia Voll (17) in just over three overs and was threatening to break Tess Flintoff’s 16-ball record fastest fifty before Nicola Carey bowled her.

Her departure triggered a mini-collapse as Jess Jonassen (1) and Voll fell in quick succession. Charlie Knott (23 not out) and Nicola Hancock (15 not out) scored quick runs late on to set the Hurricanes 179.

In response, the Hurricanes raced to 37-0 in the powerplay and Elyse Villani shared an opening stand of 62 with Lizelle Lee, before a mix-up had the Australian run out for 25.

Lee looked in ominous form as she closed in on a half-century, but as the required rate crept up toward 12 an over, pressure got the better of the South African, who was caught off the bowling of Courtney Sippel to Jess Kerr.

Needing 99 off 51, the Heat piled the pressure on and took six wickets for 19 runs in the last five overs to seal a place in The Challenger.

They will face the Adelaide Strikers on November 23, for a place in Saturday’s final at the North Sydney Oval against the Sydney Sixers.