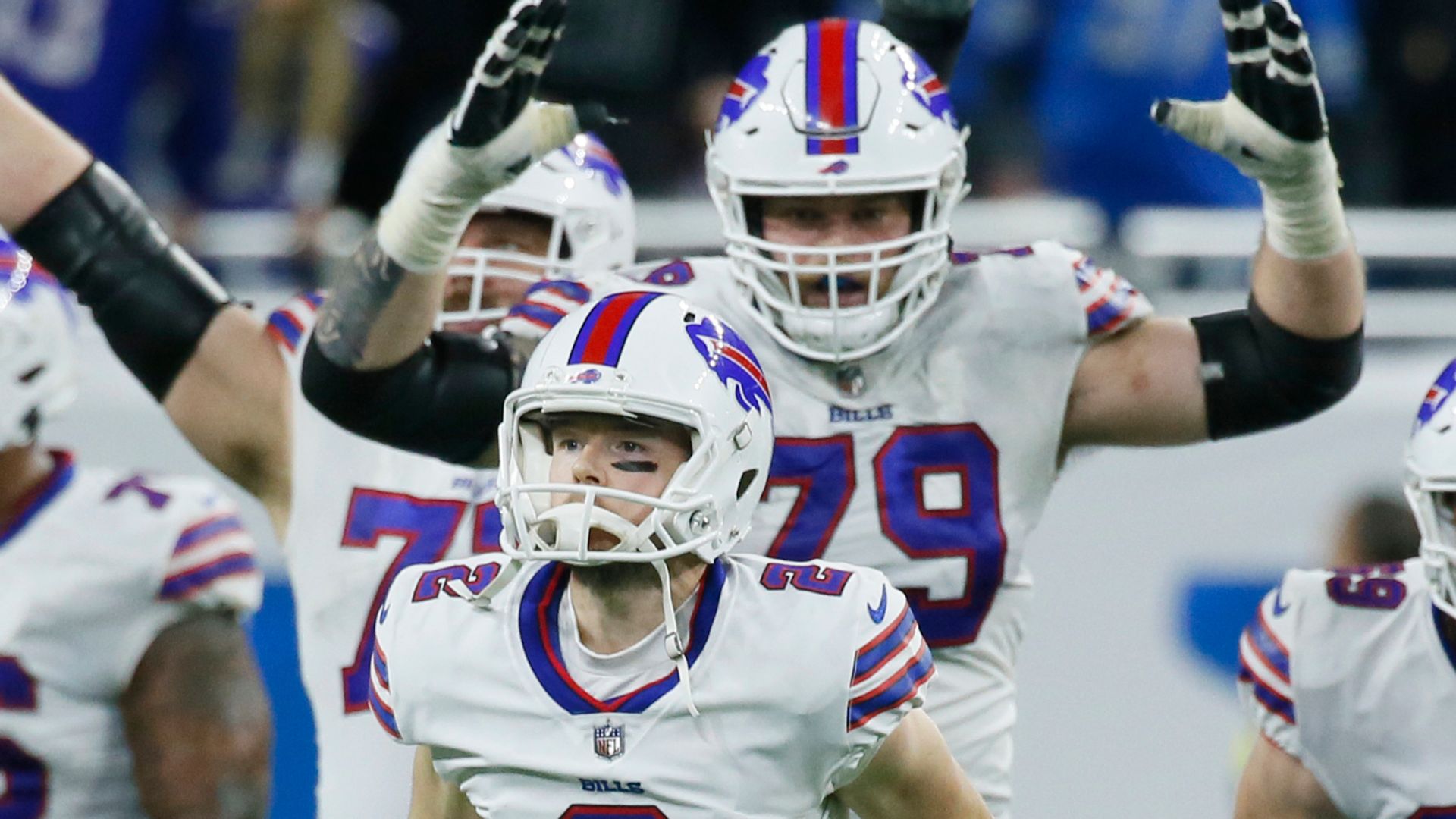 Tyler Bass kicked a 45-yard field goal with two seconds left to secure a thrilling 28-25 Thanksgiving victory for the Buffalo Bills over the Detroit Lions in the NFL.

Detroit’s Michael Badgley had kicked a 51-yard field goal not long before, to tie the game up at 25-25 with only 23 seconds remaining, but that was more than enough time for Josh Allen and the Bills to get to work. Buffalo’s star quarterback found Stefon Diggs for a crucial 36-yard completion to set up the game-winning kick.

Allen passed for 253 yards and two TDs, while he also ran in one on the ground, but he was also intercepted down in the redzone for the sixth time in the last seven games early on in the second half.

It was indicative of a rather sluggish second-half performance from Allen and the Bills, as they had only two points from a safety to show until Allen found Diggs for a five-yard TD with two minutes and 40 seconds left in the game. Diggs had eight catches for 77 yards and that score.

Buffalo’s struggles opened the door for Detroit. Jared Goff passed for 240 yards and two touchdowns for the Lions (4-7), but their three-game win streak was snapped following Bass’ kick in the final seconds.

Amon-Ra St. Brown caught nine passes for 122 yards and a touchdown in the first half, while running back Jamaal Williams rushed for 66 yards on 18 carries, scoring his 13th TD on the season to put the Lions into the lead midway through the first quarter.

Williams also, however, had a fumble in the second quarter, with Allen scoring his rushing touchdown off the back of the turnover.

The Bills move to 8-3 on the year and into first place in the AFC East, but in worrying news for the team, star linebacker Von Miller was carted off the field late in the first half with a knee injury and didn’t return to the game.

The Thanksgiving Week action continues with the usual triple-header of NFL action on Sunday night, kicking off with the Cincinnati Bengals (6-4) travelling to the Tennessee Titans (7-3) in a repeat of last year’s divisional round playoff clash between the pair, which the Bengals won 19-16 on their way to the Super Bowl – watch live on Sky Sports NFL from 6pm.

After that, we head to the San Francisco 49ers (6-4), who are riding a three-game win streak into their home game against the struggling New Orleans Saints (4-7) – this one at Levi’s Stadium gets under way at 9.25pm.

And rounding off the Sunday night action, we join our friends at NBC for Football Night in America and Sunday Night Football, with Aaron Rodgers and the Green Bay Packers (4-7) absolutely desperate for a win to keep their fading playoff hopes alive as they travel to the NFC’s best Philadelphia Eagles (9-1) – kick-off is at 1.20am, early on Monday morning.