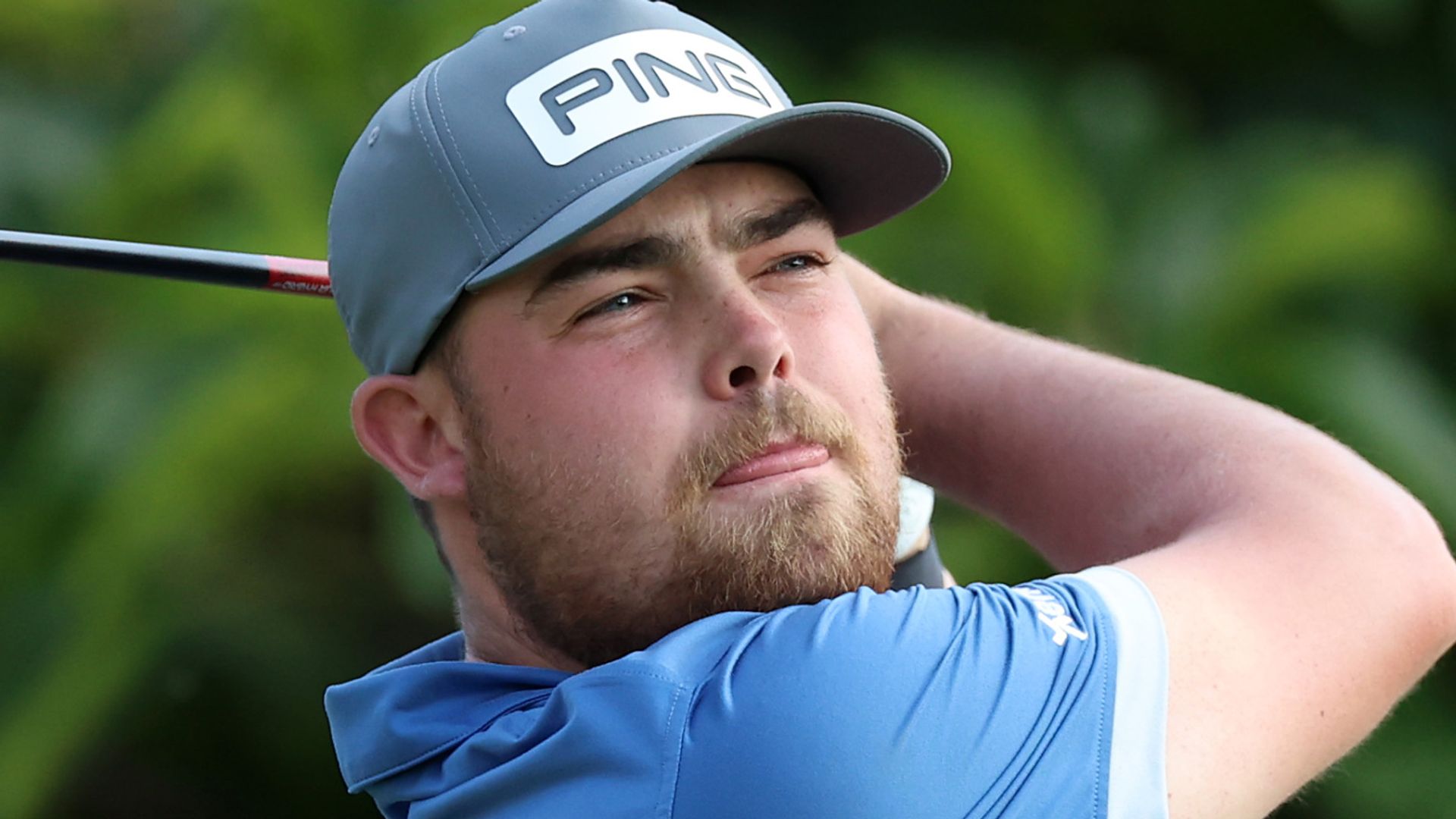 Dan Bradbury carded an eight-under 63 to claim a one-shot lead after the first round of the Joburg Open; the threat of lightning stopped play, with a number of players yet to finish their round; watch day two of the Joburg Open live on Sky Sports Golf from 10am on Friday

Dan Bradbury carded an eight-under 63 to claim a one-shot lead after the first round of the Joburg Open.

The Englishman, who turned professional in July, is just ahead of Germany’s Nick Bachem at the Houghton Golf Club, with Romain Langasque one further back alongside his fellow Frenchman Clement Berardo who has only played 11 holes so far.

Berardo had to call a halt to his round when play was suspended in South Africa due to the threat of lightning.

The remaining players will finish their first round on Friday morning, with the second round beginning shortly afterwards.

English duo Nathan Kimsey and Ross McGowan are firmly in contention after rounds of 66 and 67 respectively.

“This is my first time playing at altitude. My caddie, who is a local caddie, has been great. The ball is going miles. I rolled a lot of nice mid-range putts in, hitting fairways, a bit of everything really.”

Bradbury had a good back nine, making five birdies, including on the final two holes to recover from a double-bogey on the 15th.

Defending champion Thriston Lawrence carded a five-under-par 66 as he celebrated becoming the first South African player to be named rookie of the year on the DP World Tour.

Lawrence, who made his major championship debut in the 150th Open at St Andrews and also won the European Masters, said: “It’s a dream come true. If you look at the names on the trophy, it’s incredible. A year ago, I didn’t even have a category, so when I started off with a victory it came to mind straight away to go for this award.

“To have accomplished it is an incredible feeling. I’m very grateful and honoured.”