Sweden’s Linn Grant and Maja Stark battling to win the Race to Costa del Sol; England’s Cara Gainer leads after round one of the Open de Espana, with Grant in third place and Stark in seventh – watch round two on Sky Sports Golf on Friday 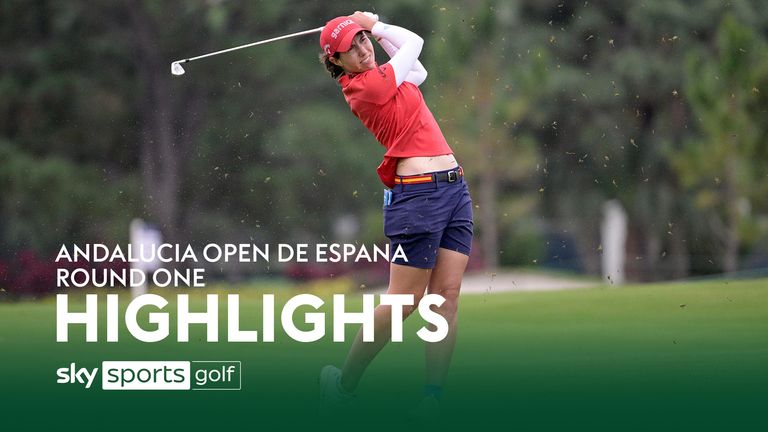 Sweden’s Linn Grant is a stroke clear of compatriot and Race to Costa del Sol rival Maja Stark after the opening round of the Open de Espana, with England’s Cara Gainer holding the tournament lead.

Grant has a narrow points advantage over Stark in the battle to become the Ladies European Tour’s champion golfer of 2022 and will take that crown if she finishes above or level with her fellow Swede in Marbella.

Grant – who has won four titles this year compared to Stark’s three – recovered from being two over after three holes to card a five-under 68, with the 23-year-old birdieing her final three holes to move into a share of third place at Alferini Golf.

Stark fired a four-under 69 for a share of seventh, with the 22-year-old unable to match Grant’s three birdies in a row at the death as she parred the last after picking up gains at 16 and 17.

Stark was left to rue three-putting at the 10th and 11th and recording back-to-back bogeys.

Out in front on the day was Gainer, whose seven-under 66 contained nine birdies and two bogeys and left her one stroke clear of defending champion Carlota Ciganda, who birdied her final six holes having suffered a double-bogey seven on the 11th.

Ireland’s Leona Maguire, who finished second to Lydia Ko at last week’s CME Group Tour Championship on the LPGA Tour, continued her good form with a five-under 68 to join Grant in a share of third place.