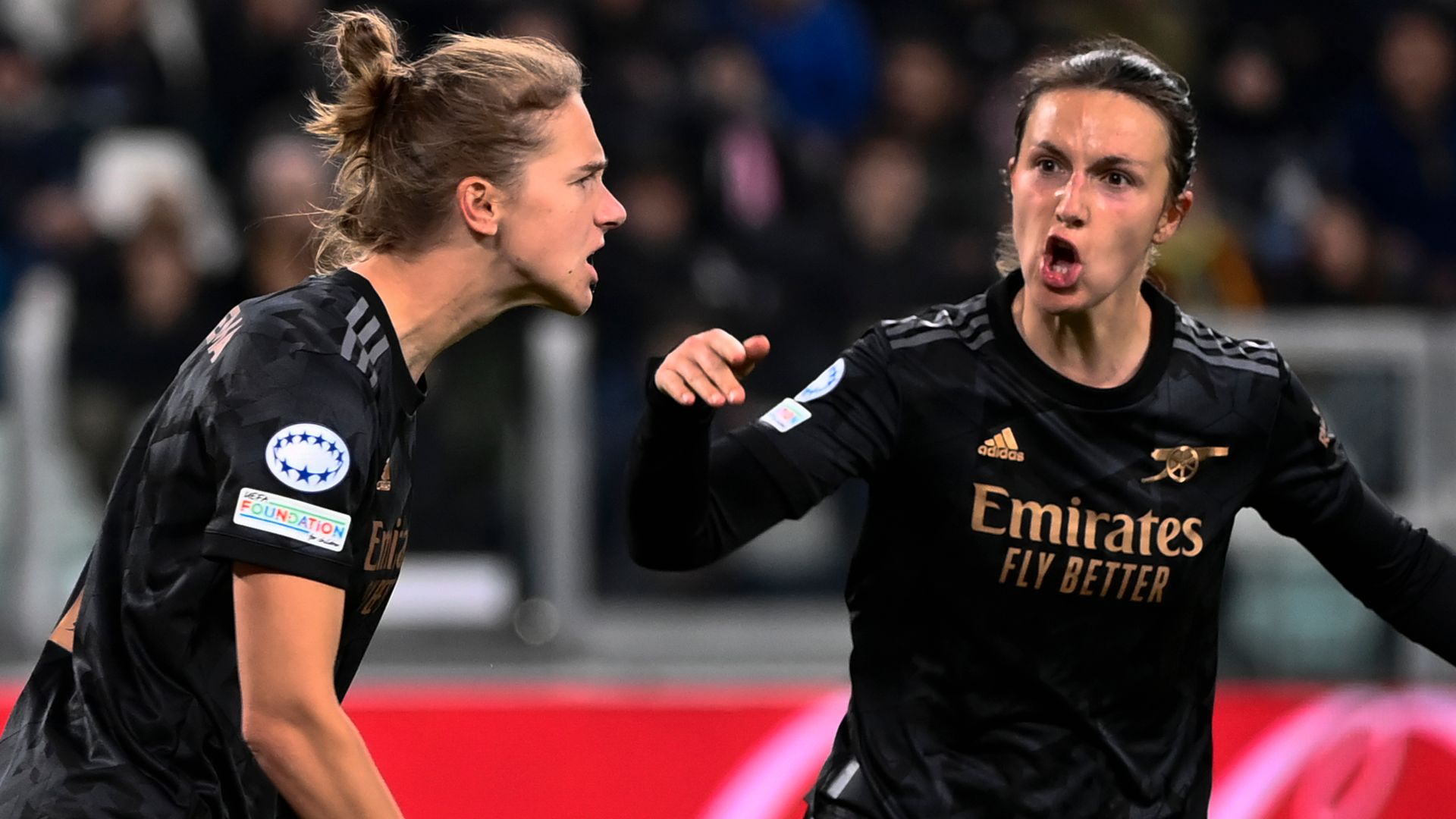 Arsenal fought back to draw 1-1 against Juventus in their Champions League match in Turin.

The Gunners, missing several players including injured England forward Beth Mead, fell behind early in the second half when Lineth Beerensteyn slotted Juventus ahead following a swift counter-attack.

Vivianne Miedema headed in from a corner to equalise just after the hour, but Jonas Eidevall’s side could not craft a late winner.

Arsenal, who had been looking to extend their 100 per cent start, stay top of Group C, two points clear of Juventus and three of Lyon, who won 3-0 away to Zurich.

The Gunners made a positive start, with Miedema leading the attack as Mead is set for an extended spell out after she ruptured an anterior cruciate ligament in Saturday’s Women’s Super League defeat to Manchester United.

Stina Blackstenius was played through by Frida Maanum, but saw her rising shot skim the top of the crossbar.

Juve goalkeeper Pauline Peyraud-Magnin, who spent a couple of seasons with the Gunners, then made a fine save after Swedish forward Blackstenius was sent clear again shortly before the break. At the other end, Arianna Caruso put the ball wide in first-half stoppage time.

Arsenal pressed again early in the second half as Australian Caitlin Foord tested Peyraud-Magnin before Lotte Wubben-Moy’s header was cleared off the line.

But it was Juve who broke the deadlock in the 51st minute when Dutch forward Beerensteyn burst through on a counter-attack to slot past Arsenal ‘keeper Manuela Zinsberger.

Arsenal responded to equalise just after the hour when Miedema headed in from a corner. Miedema sent another shot on the turn over and during stoppage time almost got Foord in on goal, but the Juventus defence held out.

Arsenal’s next game is the weekend after next when they host Everton on December 3 in the Women’s Super League, kick-off 2pm.

The Gunners’ next Champions League game is the return group stage fixture against Juventus at the Emirates Stadium, kick-off 8pm.