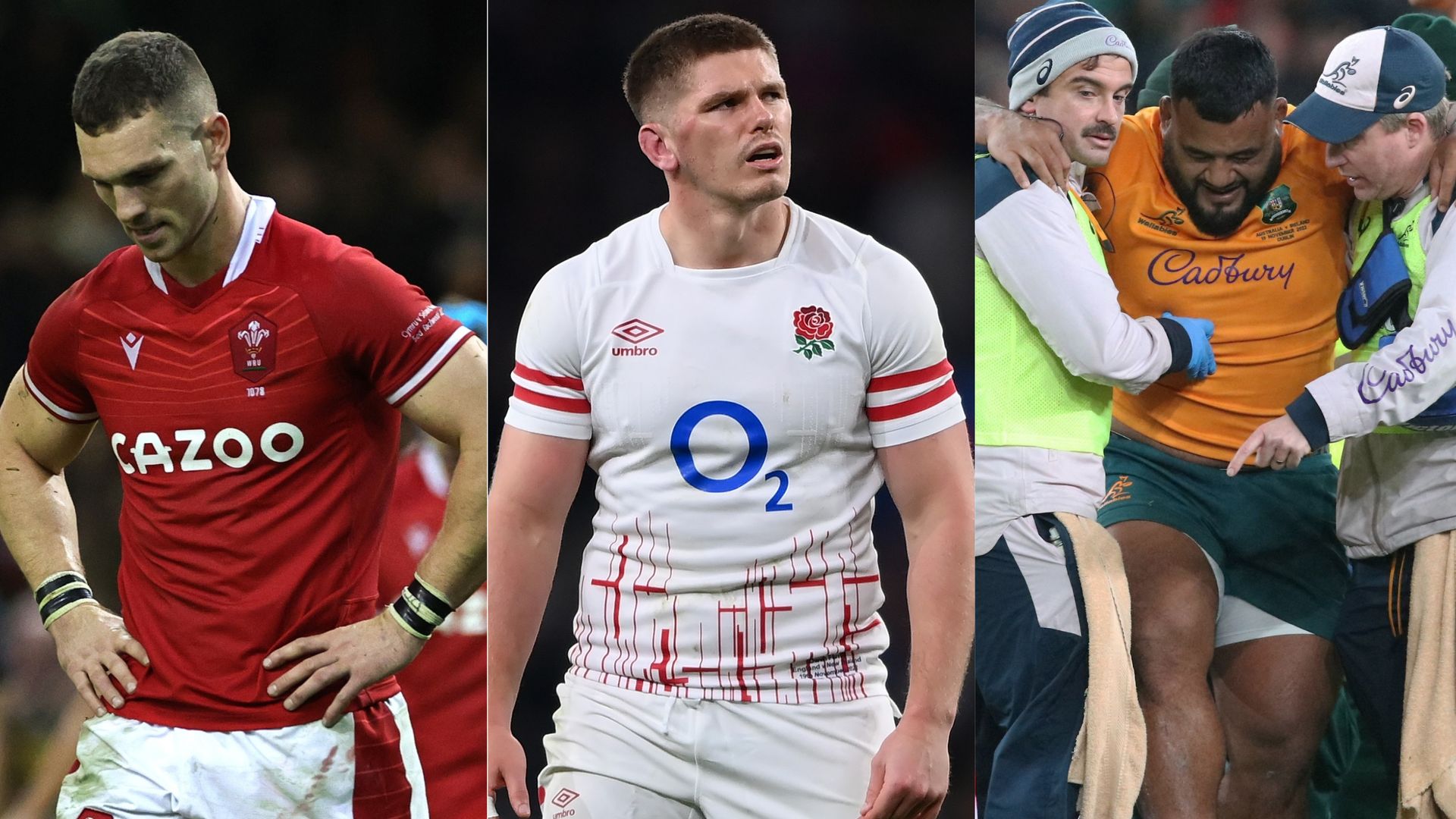 Eddie Jones’ England seek big improvements up against a South Africa side at Twickenham who need a win themselves after a largely negative month; Wayne Pivac’s Wales, a side in turmoil after a rotten 2022, face an injury-ravaged Australia at the Principality Stadium in Cardiff

It’s the final weekend of autumn internationals, as England seek a big improvement vs a South Africa side who need to win, while a Wales team in turmoil face an injury-ravaged Australia.

Below, we look at some of the main talking points ahead of another intriguing weekend of Test rugby…

Follow Wales vs Australia and England vs South Africa in our dedicated live blog on Skysports.com and the Sky Sports App throughout Saturday from 2.30pm

For all the excitement of last week’s incredible finish vs New Zealand at Twickenham, England will know they were distinctly second best for almost the entirety of the contest.

Indeed, having been thoroughly outplayed and punished by the All Blacks, England were staring at a 25-6 deficit inside the final 10 minutes, only for Will Stuart (two) and Freddie Steward tries in the final eight minutes to sensationally salvage a scarcely deserved draw.

Off the back of a first defeat to Argentina at Twickenham for 16 years three weeks ago, and then a comfortable win over Japan, England have not enjoyed a particularly successful autumn.

They welcome reigning World Cup champions South Africa to Twickenham on Saturday, having pinched a one-point win over them this time last year, but acutely aware the Boks are another of World Rugby’s strongest sides.

England need to improve hugely from their performance last week to avoid defeat, and must pay special attention to their set-piece at scrum and lineout – where South Africa are strongest and focus nearly all their play. 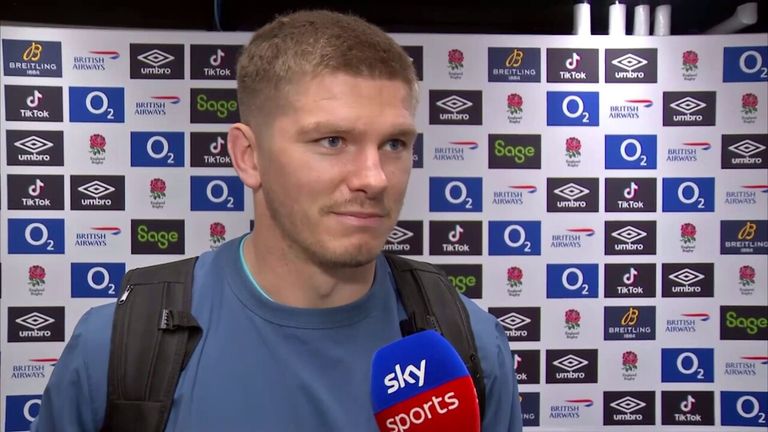 “Hopefully we take another step forward, that’s what we’ve been training towards, and it feels like it’s been coming. It feels like there’s still loads in us. And we look forward to taking that step forward tomorrow.

“The pressure for us is to get better. To improve as a group and get tighter. It’s a great game to do it in.

“I suppose everyone will look at the results. We’re mostly bothered by the performance. The way we’re building this team.

“South Africa are a fantastic team. A tough, tough side to play against. They come for you up front, and there’s not too many secrets about the way they play.

“Being able to stick in that while trying to bring your own game to the table is tough, and it’s something we’ll look forward to the challenge of.” 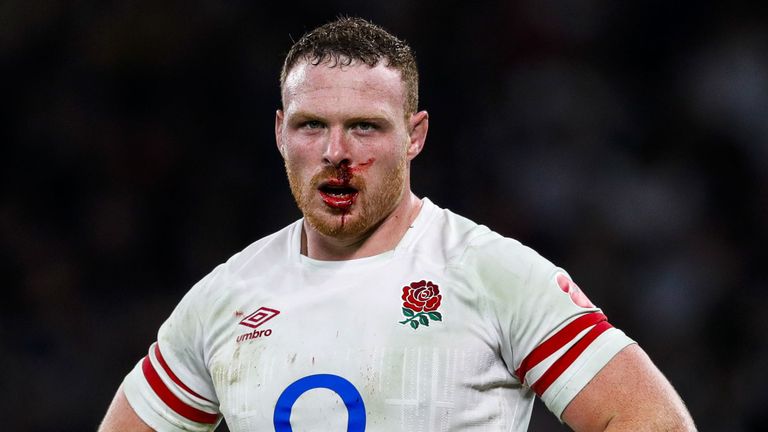 For Jacques Nienaber’s Springboks, they have endured an autumn so far in which they have lost to Ireland and France, before responding strongly vs Italy.

In addition, a South Africa select side picked from the travelling squad also lost to Irish province Munster in Cork – a club side missing 20 players.

A third Test defeat at Twickenham would make it a pretty miserable tour, and with Director of Rugby Rassie Erasmus banned again for criticising referees on social media, it has not been a positive month.

The Springboks will be very confident they will beat England, but Eddie Jones’ outfit have players to trouble South Africa too. It should make for an intriguing clash, neither side can really afford to lose.

Wales in turmoil ahead of final autumn clash | Australia injury-ravaged

Wayne Pivac’s Wales are in the worst spot they have been for years.

This autumn, they shipped 55 points to New Zealand – a year on from conceding 54 to the same opposition in Cardiff – and lost to rugby minnows Georgia for the first time in history in Cardiff last week – edging Argentina either side of those two games.

The loss to Los Lelos meant Wales have suffered defeats at home to Italy and Georgia in the same year, while also having lost to Ireland, England, France, South Africa (twice) and New Zealand in 2022.

Indeed, their only wins have come against Scotland, the Pumas and a much-changed South Africa in the second of their three-Test July series, live on Sky Sports.

“We understand as coaches you don’t win all the time and there are going to be occasions when there are upsets, or what you perceived to be an upset,” Pivac said.

“And we certainly have been across a couple of those. That isn’t satisfying, let’s just say that.

“The guys are really determined to finish off on a good note to give something back to the public who they feel, and we feel collectively as a group, that we let down last week, obviously.

“It is going to be two desperate teams coming together, but unfortunately there has to be a winner and a loser. We’ve got to make sure we do everything in our power to come out the right side.”

Wales captain Justin Tipuric added: “There are many sleepless nights, we don’t go out there to play badly, and it [defeat vs Georgia] was one of those performances that you are never going to forget in your life, unfortunately.”

The squad is ageing, lacks depth, and has also failed to perform consistently within a Test for years.

Indeed, former skipper Sam Warburton shared his thoughts and fears for the future of Welsh rugby this week, saying it needs the “biggest reform in history.”

Perhaps their only saving grace this weekend is that they face a Wallabies side in Cardiff who are playing the last of a hectic five-week tour – no other nation has played as much.

A one-point victory over Scotland in Edinburgh was followed by one-point defeats to France in Paris and Italy in Florence – the latter for the first time ever.

Last week, they then suffered a third loss on the bounce, losing a tight clash vs Ireland at the Aviva Stadium 13-10.

It really is a case of the walking wounded for Australia as they head to the Welsh capital, with seven players dropping out from last week’s defeat in Dublin alone.

That’s on top of the likes of Quade Cooper, Samu Kerevi, Rob Leota and James O’Connor not travelling to Europe.

It leaves a stretched squad of just 25 for Dave Rennie to pick from, and though they are up against it, Australia will be determined to end their autumn with a win and quieten the naysayers.