Race of the Day: Dobbin contender can get off the mark at Doncaster 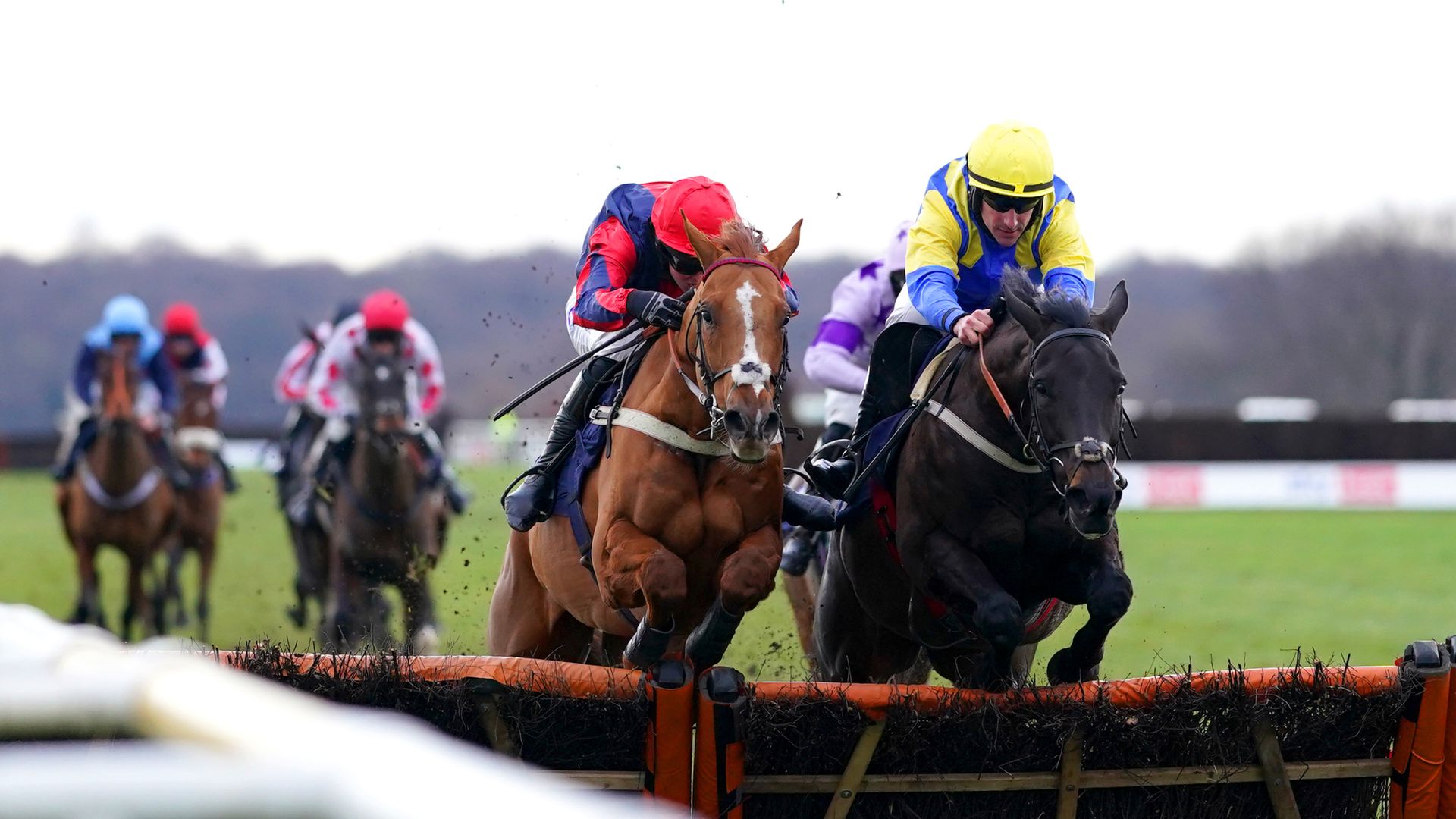 Alan Thomson takes a close look at the At The Races betting Race of the Day on Friday, a competitive handicap hurdle to round-off the card at Doncaster.

On Friday I’m following the Sky Sports Racing cameras to Doncaster and the most interesting race on their card from a punting perspective is the two-mile-three-furlong Leisure Combo Handicap Hurdle (3.30). Thirteen runners have assembled and this big field opens up a variety of betting options.

The advanced going report is good, good to soft in places, with a dry 24 hours in prospect. Town Moor is one of the most galloping tracks in the country with a run-in of more than four furlongs.

Kathy Woollacott’s six-year-old has been off 200 days since chasing home Marajman at Southwell and was placed at Newbury and Bangor on soft ground last winter. Market signals can give a clue to his fitness.

Placed five times for Rose Dobbin but still chasing that elusive victory. The six-year-old again lacked a turn of foot when running third to Melburnian and Cuban Cigar at Kelso in October but that was a stronger contest. Cheek-pieces are tried and regular rider Craig Nichol is in the saddle.

Arguably the form horse of the race but stepping up in trip. Jamie Snowden’s four-year-old beat 81-rated Baliyad at Wincanton eight days ago, making most of the running in that ‘hands and heels’ novices’ handicap hurdle. Cornicello also scored at Plumpton in October and found only Maxcel too strong at Hereford earlier this month.

Alex Edwards rode the gelding to victory at Uttoxeter in early September and runner-up Encashment has since finished third to Cornicello at Plumpton receiving lumps of weight. Finalshot hasn’t a lot to find with Cornicello on that collateral form line and not discounted.

Jenni Candlish and Sean Quinlan will be hoping for a change of fortune with the five-year-old, runner-up on his last three outings. His latest effort came behind Mick Easterby’s in-form mare Pardon Me, successful on her next start as well off a 5lb higher mark, and Lough Carra also posted a good run behind Calliope at Perth in late September. Cheek-pieces are applied.

Has been off the track 307 days and little encouragement to be gleaned from his last three runs when starting at odds of 80/1, 22/1 and 22/1. It’s never wise to dismiss anything from the Dan Skelton yard, however, and David England is an interesting booking.

Won over three miles at Southwell in May and has been placed four times this year. Disappointed on his most recent start at Sedgefield when beating only one rival home but has a squeak if that was just an off-day.

Well held behind in-form Lucky Lover Boy and Strong Team over two miles at Newcastle 15 days ago but was noted running on steadily. Worth a try at this longer distance but is well held by Okavanka Delta on Kelso form.

She has hinted at ability on a couple of occasions but Ruth Jefferson’s mare needs to find improvement from somewhere to figure. Wears a hood for the first time.

Nick Gifford’s six-year-old came good under James Davies at Fakenham last month when beating favourite Blended Stealth in a 2m 4f novices’ handicap hurdle. The runner-up was pulled up on chasing debut at Lingfield last week but Cobbs Corner has to be of interest off a 4lb higher mark.

OKAVANGO DELTA keeps knocking on the door and this wouldn’t be the strongest event he has contested so looks difficult to knock out of the frame. Cornicello is on a roll and his chance is clear moving up in distance.