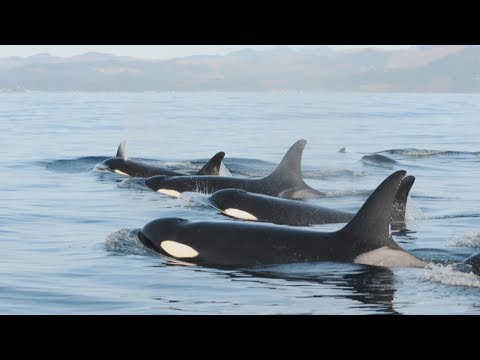 3 more endangered killer whales believed dead 3 more endangered killer whales believed deadA matriarch, a young male and an even younger male. This Trio of orcas hasn’t been seen off the coast of BC since last winter. Now scientists believe they won’t appear again: probable, bathtub, three Southern resident killer, whales, el84, k-25, nj-17 4Health already before they vanished this time of year. The whale pods are usually located around the southern end of Vancouver Island and in the waters off the US San Juan Islands. But there’s been no sign of the three with their families since early July j17, 42 years old, a leader of her Bob. These guys are matriarchal society they’re. You know very much need that dominant female to be leading the group and to lose that animal means that Amelie some cultures, knowledge of a female Orca carrying her dead calf. So what now, I would say, it’s not time to panic. Three deaths in a year is is certainly on the high-end, but it’s not unprecedented. I think it’s one of a series of continued signs that is popular threatening the survival of animal here on the West Coast. Three more endangered killer whales in B.C.’s waters are believed to be dead, according to the U.S.-based Center for Whale Research. Researchers last spotted the adult whales off the coast of British Columbia last winter in poor, deteriorating health and they have been missing from their family pods this summer.