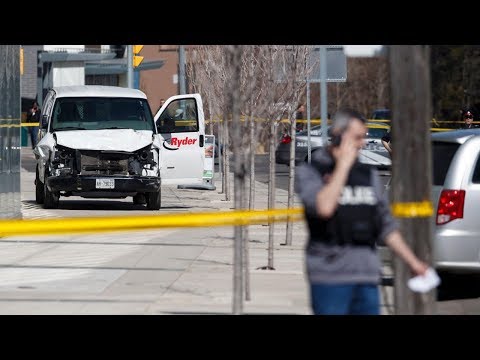 Accused Toronto van attacker confessed to police, judge reveals Accused Toronto van attacker confessed to police, judge revealsAfter the deadly van attack along Young Street last spring, the world saw almost instantly the arrest of Alek minassian. What we didn’t know was that night he admitted police. He did it. It’S part of a lengthy police interview that is currently under a publication ban. Today, Justice Molloy rule to keep the band, but only until next month she wrote mr. minassian did confess to being the driver of the van, but this will be a controversial issue at trial it’ll, be about. She says whether she had the requisite State of Mind for the 10 counts of murder and 16 counts of attempted murder. He’S standing trial for the defense lawyer was calling for the ban on minassian police statement until after the trial. Several people who knew when asking personally, including at least one of his family members, are expected to testify about him, but the judge disagreed minassian statement would taint their testimony. She wrote, I do not see anything so shocking or surprising that it would alter somebody’s memory of their past experience with Mr minassian just before the attack minassian posted on Facebook, the incel Rebellion has begun is the day of Retribution. A direct reference. Did this man Elliot Rodger, who killed 6 students in California in 2014, widely regarded as the head of the incel movement or involuntary celibates, angry male Merchants attacking women for refusing to sleep with them tonight? We can also tell you this man Alex pankow from London, Ontario faces charges in a video pen, Cala allegedly uttered threats to cause death or bodily harm to unknown. Pinkalla was charged 10 days after the massacre on Young Street. The allegations against him have not been proven in court in The minassian Pub & decision today to Toronto judge connected pankalo to minassian. She said play inspired by the Toronto van attack, but even piecing together, an electromotive from a nasty and has proved challenging. The judge says 3 and Cryptid electronic devices seized were unable to be cracked. Police have tried, since his arrest hiring experts to help and the crown has concerned with giving minassian access to his devices for his help to find out what’s on them. Immediately following last year’s deadly van attack on Toronto’s Yonge Street, the accused Alek Minassian confessed to police, wrote Ontario Superior Court Justice Anne Molloy. Minassian is charged with 10 counts of first-degree murder and 16 counts of attempted murder.
Read more: https://www.cbc.ca/1.5249998