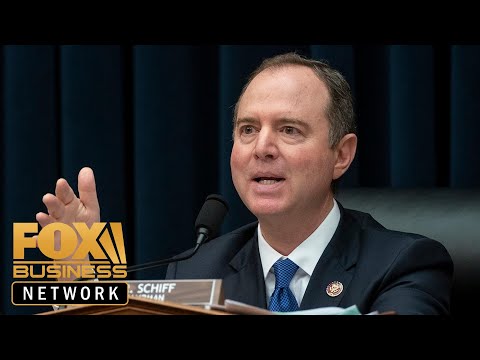 Adam Schiff has lied repeatedly about Trump: Tom Fitton Adam Schiff has lied repeatedly about Trump: Tom FittonJudicial Watch president Tom fitton Tom great to have you with us. You stand in Counterpoint. Obviously what about Adam Schiff and what in the world does he think he’s doing well? Adam Schiff should not be chair of the intelligence committee, Italy. It asks the Ethics Committee to investigate. He is improper disclosure of classified information any had these illicit contracts with the Glenn Simpson and other anti Trump Witnesses so to pending ethics complaints. You know someone with that level of ethical malpractice. I should not be trusted with class information and him threatening to jail his political opponents, because this is what this is a political process and he’s talking about finding in jail in his political opponents. Show you where his head is at in Om. Shiva is what one of the top offenders in terms of the Elisa targeting a President Trump. You obviously been working Fusion GPS, he’s one of these politicians who have lied repeatedly about Russia and Donald Trump and in, but he is been a liar in Chief when it came to targeting President Trump and Russia and he needs to be held accountable for his abhorrent Deposition along with a number of other names that will get you later in this broadcast, but I want to turn to what Judicial Watch is doing right now: uncovering documents that demonstrate clearly email Scandal. I knew about it quite early as early as 2012, I mean that’s remarkable yeah, that’s 2 years before Judicial Watch, his foia lawsuit right worse than this ass up, and you know, another group would ask for the Clinton emails and they were lied. Do by the state department and saying there was nothing there and it turns out that whole process in responding to that for a request with Ally involved, the Obama White House counsel’s office and they were using their guidance. Evidently they respond, so you can. Once again, you got the Obama White House tied to the lies, told the American people about Hillary Clinton’s emails and that’s why you can bet that she was never prosecuted because to prosecute Hillary Clinton met and the Obama White House into a criminal conspiracy and actually getting To the truth of the origins of the witch-hunt, this this conspiracy to overthrow the president of the United States, which began while he was a candidate, your thoughts on how now proximate that reality is that will actually see a hard-nosed and castigation producing Real Results with Jen And Jerry’s and real accountability that would be a pleasant surprise and an investigation doesn’t mean it then Corey. It mean simple and grand juries. How about? If I were the president, I would not rely on the justice department to get it done, even if attorney general Barr wants to do the right thing, and certainly the FBI is being mismanaged by director Wray terms of his outrageous defense of the indefensible terms of the Spying on President Trump another misconduct, the President should start releasing all of these key documents that everyone’s been talking about. Do it through executive power he can appoint a transparencies or and and cut through it all to get all these documents released. He can’t rely on the agency’s to to do the right thing here and if they do the right thing that be great, but it’s it’s good to have all the formation out. There is always great to have you with us. Thanks see, you welcome. Judicial Watch President Tom Fitton slams Rep. Adam Schiff (D-Calif.) and gives his take on the Russia probe.