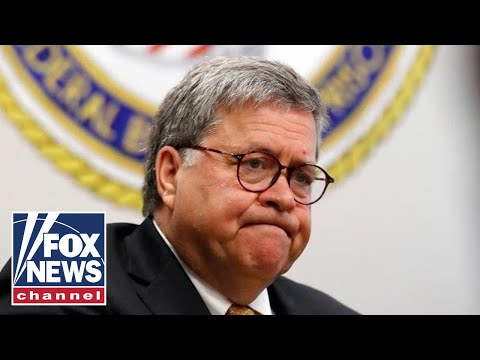 AG Barr has received draft report on FISA abuse allegations AG Barr has received draft report on FISA abuse allegationsAll right attorney, general Barr has apparently received his breath the latest on all of this. What what are we officially in the endgame when it comes to the inspector General’s fisa report? We obtain this two-page letter that went from the Inspector General Michael Horowitz to the Congressional oversight committees late today, and it confirms that findings are now at the justice department and the FBI. Now they face a hard process of classification. I’Ve been told that’s one of the lingering stumbling blocks here, how much of it will be public? How much of it will be blacked out or redacted Republicans want as much public as possible, but we also learned from the letter is that Horwitz has reviewed over a million records and interviewed more than a hundred Witnesses. So it’s extensive. The big question is the timeline. My contacts anticipate there will be a declassification of Records prior to the release of the fisa report that will allow as much of that report, to be as public as possible. Maybe they said Amber early October, Neil DOJ Inspector General Horowitz sent draft report to attorney general to review; Catherine Herridge reports.