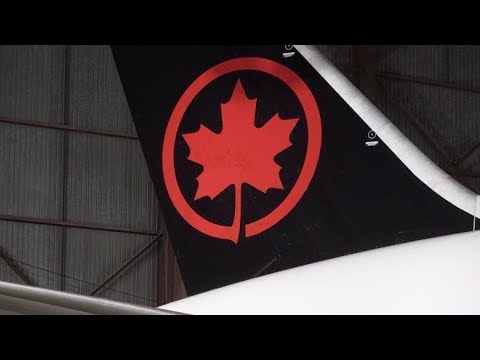 Air Canada seeks to buy Air Transat Air Canada seeks to buy Air TransatAnd we lead off this hour with breaking business news. Another big potential change in Canada’s airline industry are Canada’s announcing plans to buy Air Transat. Scott is here with the latest on the story., We’re just getting the announcement from Air Canada. Now, what are we hearing? Exclusive talks with Transit 282 take over the company, there’s a 30-day exclusive agreement where the two sides are both talking with each other, so this will reduce potentially if it does go through, the airlines had to just to that’s WestJet and Air Canada again. If it does go through and the price tag as well astronomical, take a look at this 520 million dollars is what is prepared to pay for Transit 80. That’S a better 30 % premium to the value of the company, and this gives you an idea of how much Air Canada wants to buy this asset. They’Ll, a Transit is the holding company of air transit, also a tour company, and this is also being recommended by the board of directors in the CEO, which means that they will sell it to the shareholders as far as them. Wanting this deal to go through. Take a look at this statement from the CEO as far as this major announcement breaking this morning, seeing a Transit Co saying that this represents the breath Prospect for not only Maine by growing over the long-term, the business and jobs at Transit has been developing in Quebec And Elsewhere for more than 30 years, and they have a real presence within the province of Quebec, that are cannas interested in purchasing as well and as well Transit will be the clock for 50 million dollars at the end of 30 days. If this deal does not go through, so you get the sense that this deal has been percolating for some time behind the scene, where the CEOs of both companies gotten together and agreed on the Strategic relationship between the two companies before coming out with this announcement. This morning there is one that reduces all the airlines in Canada to Major competitors. We got WestJet and Air Canada, for this means that you know there’s less selection button the other had both these companies now have really Deep Pockets with Onyx backing, and that was a 5 billion dollar take of WestJet. So now WestJet is as warchest of lots of money in in it as well on. This will also provide Transit with lots of money that Air Canada has been so this could mean as well, if they’ve go out at for a price, for it could be good for consumers that we could Lowe’s ticket sales coming down between two major competitors and again, If this deal goes through, Air Canada is in exclusive negotiations to buy the company that owns Air Transat in a transaction valued at approximately $520 million, the two companies say.