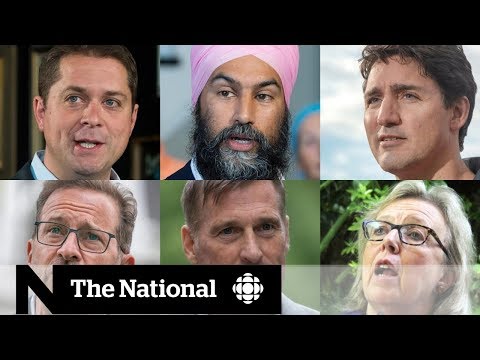 Analyzing strategies for the federal leaders’ debate Analyzing strategies for the federal leaders’ debateIn the Canadian Museum of History, the stage is being set for a break through. This will likely be the most significant opportunity for party leaders to make a direct connection with Canadian a crucial moment connect race. We are a government that has a put the first real plan to fight climate change in Canada’s history in place and our primary opponent Andrew Scheer, has promised. The first thing he would do is Tara find plan for Justin Trudeau. It’S all about climate contrast, the liberal leader drove home that message today: 3 planting with his sons. He will argue his plan is better than conservative leader Andrew cheers in an effort to motivate progress, either showing up on Election Day she or spent his day preparing with his inner circle after a difficult French debate last week for the other leaders ganged up on him. Canadians to get to know him, but he could also face attacks from his former conservative colleagues and now, leader of the People’s Party of Canada. Maxime Bernier the NDP leader also needs to raise his profile and that their struggles aren’t being seen, and I want to make sure that they know that. I see them. Voters, disappointed by Trudeau, green leader, Elizabeth May, the Bloc, quebecois, yves-francois, blouses and Bernier are under less pressure, since there is less chance, they’ll become Prime Minister, meaning they have more freedom to take chances. There haven’t yet been an issue, that’s galvanized voters and with Advanced pools opening this week the leaders are running out of time to get Canadians on side, Katie Simpson, CBC News, Gatineau, Quebec, All six federal party leaders are prepping for Monday’s English-language debate, and the stakes are high. Katie Simpson explains the dos and don’ts for a candidate to come out as a winner.