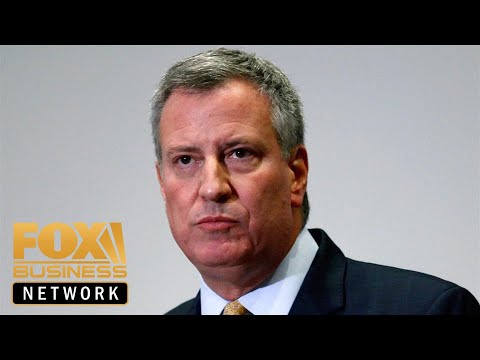 Andy Puzder slams de Blasio’s ‘robot tax’ Andy Puzder slams de Blasio’s ‘robot tax’The new jobs added in August, who is now warning that we can see that unemployment number go a lot higher if we don’t address what he says, is the single most disruptive force in our society. The threat of automation, listen the first one I think to call for which is a robot tax. It says simply, you know a worker pays income tax, you take away millions and millions of workers society and it means a court. Millions and millions of people don’t have a life is going to put people out of work. They should bear responsibility for making sure those folks get a new job, either in the same company or elsewhere. Right now, there is no American strategy, no federal government strategy to address Automation, and it could be the single most disruptive in our society, unacceptable for the federal government have to step up cke restaurants, the number one and number two he doesn’t understand the problem. The problem, isn’t it automations taking jobs away? The problem is, we don’t have enough workers with the national Federation of Independent businesses as a survey every month for 18-month businesses have been complaining, they can’t enough workers, we have 7.3 million job openings and only six million people unemployed. That’S 1.3 million more job openings Than People unemployed. What people are ignoring in this most recent job report this morning was 509 1000 more unarmed people took have jobs are employed this month than were employed last month and about 600,000 more people entered the labor force. So the fact that unemployment state at 3.7 % is just for is reflective of the set the economy is absorbing what workers are out there trying to get something done at your house. You can’t I was working on. My house asked me. If I knew anybody he could hire, I mean they can’t. We can find that’s very true. I mean that in the report we got this morning, 130000 jobs added was a little bit lighter than the numbers we saw say last year. But the point is that if you want to drop there’s a job out there for you with 7.3 million job opening wages are going, participation rate is going up, people are coming off the sidelines, saying hey, I feel confident about the economy and they’re looking for work, But Andy, are you saying you’re in favor of automation or or not you’re, a little bit hesitant because and might take away from jobs as Bill de Blasio was pointing out on Tucker show, because I don’t support the moved Automation and we didn’t. We didn’t need to do it. I thought it was more important that people had job more job openings than people and put. This is a different world. Automation is not necessarily A Bad Thing. Automation can create jobs. Automation can lift people up. It can fill positions that work at that businesses are unable to fill, which of help generate economic growth, which creates even more jobs. So no I’m not I’m not in favor of automating jobs away, but I think automation is coming. We need to understand that we need to address it and I think now’s a good time. Cuz, there’s a lot of jobs out there that nobody’s feeling Port this morning, there’s a school of thought out there and the argument has been made a lot today. That’S the headline number missed expectations, because you know you have people tighten back on hiring because they’re worried about the trade war in the possibility there. How was your counter that we’re going to get? I think they come out on the 10th. Then the numbers on job openings and if job openings have stayed elevated. I think that that argument completely disappeared. I don’t think it’s. I really don’t think it’s a problem with business is not the higher. I don’t think it’s a problem with them not wanting to grow. I don’t think it’s fear of growth. I think they can’t find the workers and they’ve been telling us that, in this NF nfib survey for about 18 months and finally started listening to him and trying to figure out a way to address their problem and even though you’re not looking forward into the future. When automation is going bigger deal than it is now, that’s what the Blasio was talking about it and you’re. Not but more to the point, I want to commend you for making the case for increased immigration that we so obviously need in this country, because, as you point out, we can’t fight people to fill the jobs. I’M sure you agree with me: I’m very supportive, illegal immigration to president racing is wonderful. Is it illegal immigration? That’S a problem number one number two: if if there comes a point in time where we have a serious problem with automation, replacing people and creating unemployment will have to address it, attacks either way, but we’ll have to address it, but right now and for the foreseeable Future, that’s just not the case. We have too many jobs and not enough people a little surprised you’re, not in favor of total automation, because the conventional wisdom is wrong on this example. Do tellers and they did each branch, but what an able to them to do more automation makes it possible to grow. It doesn’t take job the way it can create new jobs. I think what you said is absolutely right: RC, Auto Body Former CKE Restaurants CEO Andy Puzder reacts to New York City Mayor Bill de Blasio’s “robot tax” and the August jobs report.