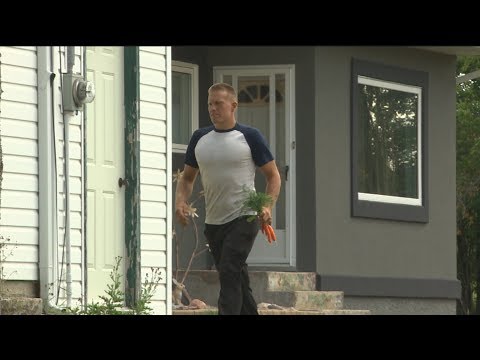 Army reservist fired over alleged neo-Nazi links Army reservist fired over alleged neo-Nazi linksGood morning, a reservist of the Canadian Armed Forces over his alleged as a recruiter for what experts call Corporal Patrick Matthews, has been relieved of Duty. Heather he’ll no longer be allowed to participate in any military activities. He has reportedly surrendered his uniform and he has will not be returning to work as a reservist. Take a look at the statement provided to the CBC are beliefs and culture of respect for all people to Harbor. Extremist ideology. Matthews allegedly belongs to a hate group known as the base that is associated with a u.s. hate group that purports to prepare its members for what it calls an oncoming race war and, according to experts, an extremist. They prefer members to receive military training so that they can share that knowledge with other members. No Matthews Matthews has not have been charged or convicted of any specific crime. Still. He has been relieved of Duty again that statement provided to the CBC from National Defense after play in the first place is because of the work of one journalist. His story, Ryan, is with me this morning from Winnipeg, because he want to talk further about these latest developments. Ryan Thorpe good morning to you and Welcome to our program, Corporal Patrick Matthews, who, as your article this morning says, was returned to duty next month will no longer I haven’t learned a ton. The military has been relatively tight-lipped in terms of letting us in on what the process has been, but early yesterday morning, I did learn that you know he’s been stripped of his uniforms that he was being bought from further military activity and that he would be formally Released from his duties in the Canadian Armed Forces in the coming weeks, I need Acacia whether he’s cooperating with them, giving any details self isn’t revealing too much in terms of what it’s investigation is look like so far or the bass tell us more of a initially Reported, but have you learned anything further about what specifically, he was doing? Not only had firearms training but as a combat engineer, he had explosives training as well and in terms of his activities in the bass. What I learned through my reporting is that he has previously said that he had been crossing the US border to go, participate in paramilitary training down in the Pacific Northwest region and in particular that’s what he was recruiting me for in an effort to get these paramilitary Training events known as hate camps off the ground here in Manitoba, cemented they believe in the theory called accelerationism, which is the notion that you know these is Neo-Nazi, should do what they can to try and make this race War happen sooner and to carry out attacks. That help destabilize what was surprising for many of those, some would say shouldn’t have been surprising wasn’t. This was going on within the context of the Canadian Forces and as you’re undercover reporting revealed likely not an isolated individual Master, Corporal patch Matthew’s. What have you learned there and since Ryan, in terms of just how pervasive this is to what extent far right, extremism who, in November 2018, the military release an internal report into this very issue? Over a four-year period? They had identified 53 orbit undergone some process of radicalization. Now I think the the thing to point out is a lot of people have said me on 53. That’S a relatively small number Jordy members, but the 53 is certainly too many. One is too many, and it’s also the only ones that we know about. At the same time, the military Was preparing to report under the radar. We don’t know the full scope for this problem, but it certainly is a problem and we know that these groups are actively pushing their members to join the military or seeking folks who already have military experience or backgrounds in chemistry and engineering, Patrick Mathews, flying under the Radar, there was some confusion really from military leadership in terms of just how aware they were of his alleged activities, has finally put someone up to speak about this issue for the first time in the aftermath of my reporting, that would have been last Tuesday, they put Up the Borg shoes with them. Two days later, General bands came out and said that Matthews had made that kind of brought them on our radar in April, so good. So this guy, you know, obviously there’s a discrepancy there, because one month after General Vance says the Matthews is clarified. That General work wasn’t aware of the facts of the matter. When you know she first made her comments on this, but the Patrick Mathews story has obviously forced the military to address this case specifically and the bigger issue. What do you think now about how military leadership is responding to this? A recently commissioned report into this very issue, and that report is supposed to try and get a better sense of just how widespread this issue is and then also develop some recommendations. I’Ve spoken to a number of new trackers stream. Isn’T there seems to be a bit of help that perhaps the military will transition to a more proactive approach towards reading these people out in the future. For the time this morning appreciate it works for the Winnipeg Free Press, An army reservist whose alleged links to a neo-Nazi group led to a raid on his rural Manitoba home last week has been fired, according to the Department of National Defence. We spoke to Ryan Thorpe, the Winnipeg Free Press reporter who broke the story.