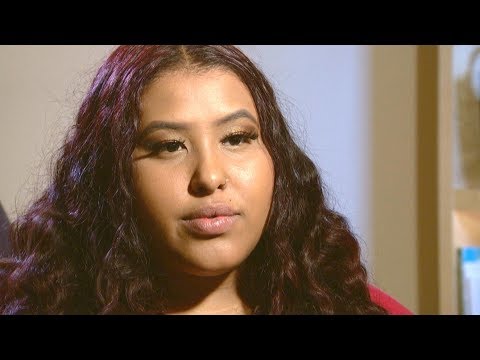 Babysitter who rescued 2 abused children speaks Babysitter who rescued 2 abused children speaksNo one knows what could have happened like if the police didn’t get there in time, what if they were beating them before the police got there and they ended up dying or something like his test. The hospital it’s been nearly two years since Justice Taylor pushed aside a dresser and open the basement door to find the three and six year old, bruise, bloody and begging for food. She quickly took action, videotaping the the girl’s, injuries and calling police that video and her testimony or key evidence in a case that ended in a plea deal this week, the girls mother and a roommate pleaded guilty to charges, including aggravated assault, unlawful confinement. The women can’t be identified because of a publication ban for Taylor. The guilty plea is a relief I’ll release. It’S not drawn out so much longer Lake happiness that they admitted it and they’re not trying to continue and say that, like nothing happened because there’s lots of evidence that something did happen and I’m just thankful to that, the kids or not and that they’re still in Jail and that they’re not hurting anybody, I still think backed, would often I have a dream about it. Every now and then – and it says, like relief but also like that is mixed together. Cuz. even happen in the first place, but relieved that it’s not going to continue run on for nearly half a year. According to an agreed statement of facts locked in the basement with only a mattress on the floor, the dresser block the door, so the undernourished girls couldn’t get out to steal food beatings with a belt so severe. The oldest girl required surgery for younger sister can find in a taped cardboard box, with a rug placed over top now that it’s over many on social media or calling the young woman responsible for notifying authorities a hero if I did save their lives, I’m very proud Of that, because those two girls did not deserve to be taken out well, they’re, so young and bright and full of love and light, and they are going to go on to live a better life and what happened before and they’re going to grow up to be Such strong woman from what they’ve overcome at such a young age, if I had any part in that I’d, be happy for that. Justice Taylor called police when she discovered two young girls locked in the basement of the Edmonton home where she was babysitting. This week, the girls’ mother and her roommate both pleaded guilty to aggravated assault and unlawful confinement. The plight of the sisters, ages 3 and 6, only came to the attention of authorities when Taylor took action.
To read more: http://cbc.ca/1.5271124