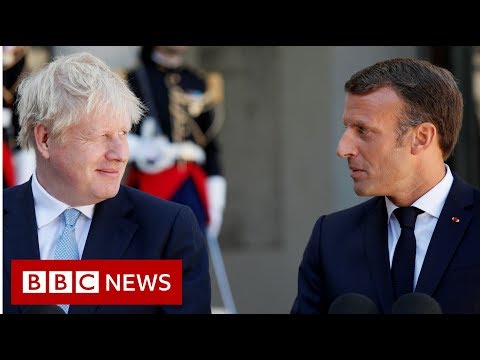 But he added that the Ireland-Northern Ireland backstop plan was “indispensable” to preserving political stability and the single market.

The backstop, opposed by Mr Johnson, aims to prevent a hard border on the island of Ireland after Brexit

Mr Johnson said that with “energy and creativity we can find a way forward”.

On Wednesday German Chancellor Angela Merkel said the onus was on the UK to find a workable plan.