Behind the scenes at Cannes: The masters of ambient sound 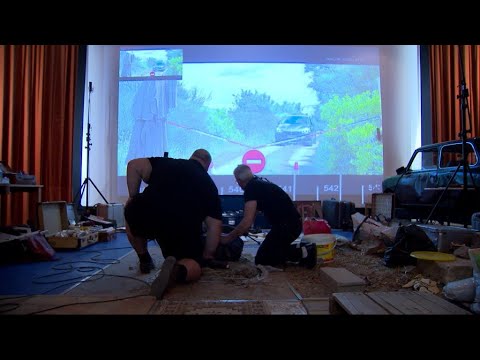 Behind the scenes at Cannes: The masters of ambient sound Behind the scenes at Cannes: The masters of ambient soundUnlike others, in the movie industry, away from the spotlight meet the Foley artist, Foley artist, underboob syringe that I used to imitate the noise of someone paying are weak. Both men work on French director Nico Avengers next movie. Their first task is to make a lunch scene become alive, with sound, make a good stew on a film set. Only the actors, voices are clearly recorded, microphones, favored speech rather than background noise and funk all the sounds, give life to this meal. Actually, we have to see what’s going on on the screen Community focus on what we anticipate his or her moves with with the app. So we play the number one rule for Foley artist is to be completely synchronized a taped seam in 2 seconds Scrolls at the bottom to help them on the screen. Even the smallest details are recreated like the sound of fabric flapping, but that sound of this being a good Foley artist involves choosing the right material and the right gesture. This time, Punk is trying to reproduce the sound of a lawn mower on an uneven ground football score for use whatever we can find, and then we see how it can fit with the pictures. So we have to be scrapped, isn’t taught in schools has passed on between Generations, as was the case for phone, the average salary for a Foley artist between 360 and 700 euros per day, while some people like to get their hands dirty other’s like to get up-close-and-personal With cars, what are you doing? I’M setting up 2 minutes should microphone is a special kind of sound artists. He is a sound designer. Someone who creates sounds that don’t actually exist in real life back home, he’s hard at work, turning an electric car into a spaceship and doesn’t do the same work as a Foley artist, but both jobs complement each other case in point. The 2014 animation miniscule in this film insects are the main actors. There are no words and no subtitles sound Engineers had to create a language that was both understandable and believable. What are the praying mantis? I found a sound bike with camel sounds and then I added dolphin noises. This is the results. When she cries out, I decided to go for a peacock sound. The ultimate goal of sound editing is the transport viewers to another world, we’re back in the auditorium with contest and Fest schedule this year, two of the film’s they’ve worked on are competing at the Cannes Film Festival, but they haven’t been invited. Their work may be essential to the success of a movie, but the industry has no awards for crafts. Subscribe to France 24 now:
http://f24.my/youtubeEN

As the 72nd Cannes Film Festival opens, we take a closer look at the lives of Foley artists. They are the sound engineers who reproduce everyday noises to perfection, whether it’s the sound of a lawnmower or of a fork scraping a plate. Their work may be essential to the success of a movie, but the industry has no awards for their craft. Our colleagues from France 2 report, with FRANCE 24’s Wassim Cornet.