Bill Browder: Russia has always been a dangerous place to do business 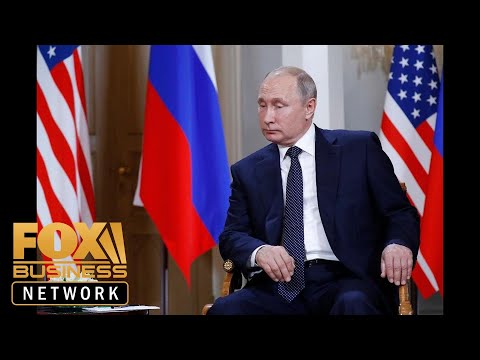 Bill Browder: Russia has always been a dangerous place to do business Bill Browder: Russia has always been a dangerous place to do businessWe have business. Morgan Stanley is planning to shutter its banking business in Russia by 2022, hard for business in Russia to access Capital markets, but there’s a much bigger issue. Vladimir Putin is throwing Americans who work there in prison. They’Re meaning in different companies is here. You should set up a mutual or hedge fund in Russia. He barely escaped by the skin of his teeth. After throwing his Hermitage Capital Fund in Moscow to five billion dollars, but in 2009 his lawyer, Sergei magnitsky, uncovered did it by Russian government officials. Magnitsky was arrested, tortured and beaten to death in a Moscow prison Bill. Browder is still wanted today by Vladimir Putin, but he’s here with us. First on Fox Business, Interpol, seven times to grab you anytime, you travel and send you to Russia with seven times. I was arrested last summer in Madrid, prosecutor. Putin’s money laundering crimes in Spain, and I got grabbed on a Russian Interpol arrest warrant band and they, most recently after the European Union, started talking about sanctioning Russia named after my lawyer, Sergei magnitsky. Do the 7th request Interpol? What’S happening this week, or tomorrow you say: is INTERPOL actually considering and politically-motivated. There are two currently who are in prison, who can nap for who-knows-what charges as being as Paul Whelan and Michael Kathy? What does the overall message of these new arrests? Tell you how dangerous it is to do business in Russia. Putin doesn’t care what it looks like from the outside. You wouldn’t risk, not just losing your money, but in these two cases as you, you risked going to jail and when you go to rush in jail. This is not. This is like the one of the worst jails in the world, as, as you mentioned in your introduction, was, was tortured to death people here or I’ll just looking to make a buck. So they come up to you and say, or I can do what you couldn’t accomplish and what you tell them about if they’re interested in going to Russia to do business investable is completely unacceptable. You shouldn’t they’re, don’t risk your money, don’t risk your life. I don’t think anyone here is thinking about going to Russia and setting up an investment fund which, of course, slaps all kinds of sanctions and eliminates visas and freezes assets on you know anybody who’s accused of human rights violations in the past administration fee Administration overall, has Been way tougher than the past three presidents on the Russians when it comes to sanctions, and yet he just got a phone call Friday I’ll go with Vladimir Putin for 90 minutes, but she initiated apparently, and how does how do you square the relationship he has with? Have puffy Administration with them the US gov as more people to the magnitsky list last December was the first time since the law was passed that the government, the US government, the Trump Administration, has not added anybody or even reported to Congress, which they’re required to do Under the law, what they’re doing on the magnet school basis so now we’re the situation where I hope that they come out and show their cards and show that they are and continue to be, tough, because I’ve always believed that the administration is full of clear-headed people. About Russia, in in terms of chanson in terms of Vladimir Putin, apparently told President Trump. I don’t want to do anything bad in Venezuela of troops to support Maduro, as he was about to fall in, I would speculate that Majora would have had already fallen, had had had the Russians not been there, and – and this is just what the Russians killed in Syria, there are hundreds of Millions Fugees, because the Russians went in and supported. That’S awesome. Russian made a harness around it as if they were training it by the Russian. Maybe I have some pictures of this. Military budget is 90 % less than the United States, but he’s poking around where it’s cheap he’s poking around you know I don’t know how much it cost to train a whale, but it is if not hundreds of millions of dollars – and you know this – she does Not like you, he would like you not to be alive. What is your biggest fear? Will my biggest fear right now is his being arrested as I cross the border on a Russian arrest warrant and having a country compliant with moving hand me over. So I can hand it over to the Russian government. I will be killed Bill Browder. Let’S, let’s make sure that never happens. Thank you. So much FOX Business’ Liz Claman interviews “Red Notice” author Bill Browder about why investors should stay away from Russia.