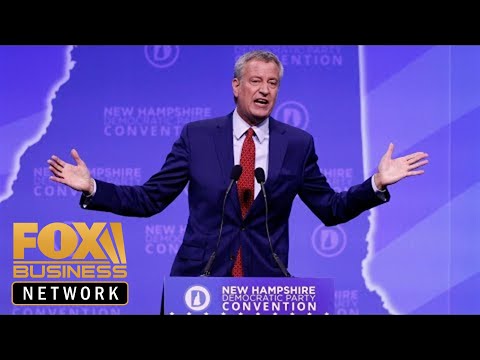 Bill de Blasio on NYC suing Chipotle over violation of labor laws Bill de Blasio on NYC suing Chipotle over violation of labor lawsChipotle in the crosshairs New York City today slap the restaurant chain with a lawsuit accusing Chipotle of violating the city’s Fair Work Week; laws New York City, looking for a million dollars in restitution plus penalties land on this news, closing down more than 6 % New York City Mayor Bill de Blasio focused on this. Let’S talk about some of the accusations. You say: Chipotle fail to give estimates of work schedules two weeks in advance couple of other issues saying either you can’t change schedules last minute, as we look at this. Let’S talk about slammed on this, why not just work directly with Chipotle before making a formal complaint and hurting what could be the restaurant chain and they’re hiring abilities? Add a Grace. For companies to get to understand it and act on it, and when you have a company of that size, that’s been expired. The rules explained so clearly. We believed that working people need to be respected. That folks need to be able to plan their lives family-wise one of the issues, and you see it and so from some of the workers who have spoken up and who filed these complaints. His. If you have to take your kid to the doctor, if you have things in your life that actually have to schedule in advance in need the ability to have some sense of when your work we’re not working. That’S what the law is all about, creating a little more dignity, a little bit more decency and working people’s lives, and these are not new rules are well-publicized, so we’re making very clear that Chipotle play a lot more where that came from New York City Mayor and Democratic presidential hopeful Bill de Blasio discusses the city’s lawsuit against the fast-food chain Chipotle accusing the company over violating the city’s unfair workweek laws.