Bill Morneau on the deficit, noisy reaction to election-year budget 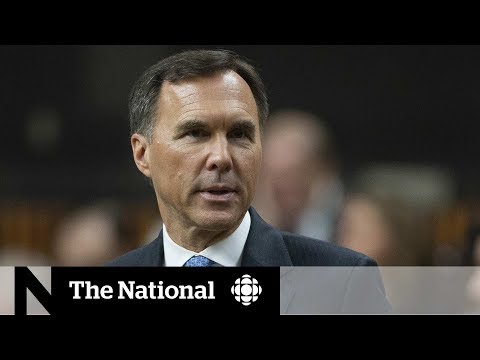 Bill Morneau on the deficit, noisy reaction to election-year budget Bill Morneau on the deficit, noisy reaction to election-year budgetI want to start with a sense of what you were alluding to in the budget instance. It did seem to suggest that there was some people in the world generally who feel anxiety and maybe even here at home, what to do brass or reassure those people who do feel that who feel worried about a variety of things. People are still there sister worried about a fast-changing world around us until what we said is we need to deal with those worries and that’s what we’re trying to do delivering on this budget was take a take, a shot at making sure people recognize that they can Get the skills I need for the future through the training benefit we put forward. First time, home buyers have a greater chance of being able to get into that home things that really make a difference for families exactly what those young people need. You increase, for instance, how much you can take from Allrecipes for young person to have $ 35,000 in RSP was wit. It would be impressive already. Is this really what they need if they don’t have a lot of money? To begin with, how do you think it’ll work? Well, prickly! We’Ve done a number of things, so it’s not just that expanded the supply by investing in rental financing, to create more rental units, and we’ve done that for some people mortgage reducing their mortgage payments significantly. So for people that are just about to be able to get into the market might get them if you could have taken all this money that you’ve announced today and put it on the deficit. Why did you not do that? What we’ve done over the last three and a half put more money in people’s pockets and our economy did well. We grew at a faster Pace, be reduced unemployment and what we’re doing is exactly consistent work for investing in the long-term of Canadians, so they’re more confident. So they can put more money into the economy, something you are willing to campaign on. Do you think Canadians will will buy it or you you know it was you had towards an election on what we’ve done for the last 4 years? Can only please to see that with the lowest unemployment rates that we’ve seen in more than a generation more than we’re going to be optimistic because they can get the training that they need in the face of a changing world. The things that people think about when they think about what they should do for the next 4 years. So it’s not an election budget, but it’s been 4 years to demonstrate that we’ve got Canadians backs Finance Minister Bill Morneau was met with noise from the Opposition benches on Tuesday when he tried to read the 2019 budget in the House of Commons. He sat down with the National’s Rosemary Barton to talk about the response, the deficit and what the budget means in an election year.