Bipartisan officials in all 50 states target Google in massive probe 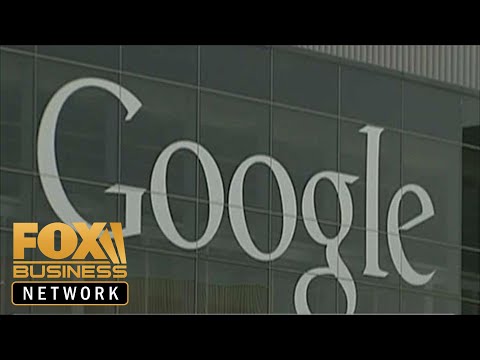 Bipartisan officials in all 50 states target Google in massive probe Bipartisan officials in all 50 states target Google in massive probeThe power of Attorneys General banding together to get the answers. They make sure that everybody’s held accountable, that even the biggest the big tech companies are held. Accountable., Win 50/50 Attorney General’s office and a strong switch to Google and I’m not going to quote Joe Biden. But I am going to tell you it’s a big deal State Attorneys General teaming up to take on big Tech, the AG’s launching an investigation gation into Google’s alleged antitrust practices, Arkansas attorney general Leslie Rutledge, is among them. She joins us now by phone. Thank you for coming on attorney general Rutledge. I’M going to go straight to it any laws. Well, that’s what I investigation that we launched today will determine our work. We are looking into whether or not I do those business practices they may have undermined. Typically impacted privacy harm the digital advertising Marketplace can antitrust laws a lot of these big tech companies in particular that are already financially prepared, be hitting paid out. Hence the reason why everybody’s going after them, whether or not advertising cost or being passed on to Consumers, and when you look at the company, Google, 90 % of 817 and billion dollars, Shawn, impacting the free market and the impact on consumers choices. I remember a lot of competitors and, still to this day, weather be Altavista info speak to ask Jesus, always competition in a free market supposed Crimes by Google. Would you at least acknowledge the values that Google has. people don’t have to buy encyclopedias before they have everything calculator to spreadsheet, so you’re going after Google, but isn’t it because you’re you’re going to have to Google because they’ve been so successful and becoming that juggernaut? I think all of this I know exactly how much the internet has perhaps improved our daily lives, that we want to again maintain the free market, and so it’s not going after. I come great big ones, as well as small ones, are appropriate business practices and are not doing searching for competition and prevent new alternative from existing, and our concerns are in protecting businesses and cancer. I just wanted to selmers nobody forces consumers to use their products. You keep using the term free market is using the government alleged against the great Arkansas company named investigation to determine whether or not they have. In fact, I violated antitrust laws of the individual States involved, as well as the us and we’re cooperating with the federal government. We do not want you, but do not seek opportunities to go after a good businesses, but when businesses perhaps limit Americans access to the free market and access America’s Choice – and I believe it’s important that we ensure that Americans have that available to them all a lot Of people come company is the largest retailer in the world and we’re very pleased with all the things that Walmart has done to create jobs in Arkansas, particularly as a relates to digital advertising. Because, again, when people use Google and when a company becomes a verb, a powerful and we are simply launching its investigation to ensure that all have access to accurate information and not simply information that seems push-up largest paid Advertiser attorney-general, this is is when I’ve heard attorney General Paxton talk about how much money Google makes an almost sounded like he thinks that Google makes too much money, but the greatness of this country is being able to start a business with nothing and become the greatest business in the world. You worry about these type of investigation, stifling companies from becoming bigger, because they’re worried about becoming bigger Piper companies because they are successful against today’s investigation was launched because we want to ensure that antitrust laws have not been broken and that so through legal means and not Illegal means great thank thank you attorney general. We appreciate your time with us. Leslie Rutledge, the Arkansas Attorney General, discusses the antitrust probe of Google. She wants appropriate business practices to be reinforced.