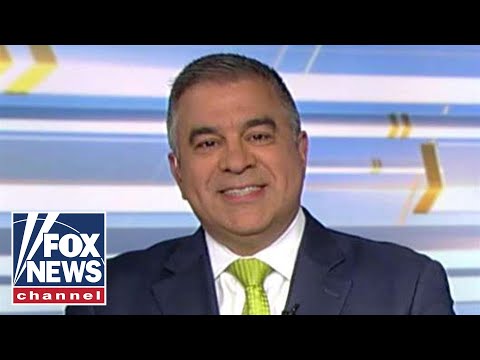 Bossie:The American people will reject giving violent criminals the right to vote Bossie:The American people will reject giving violent criminals the right to voteI think the right to vote is inherent to our democracy. Yes, even for terrible people, all those terrible people that Sanders thing should have gotten the right to vote include Boston Marathon bomber, along with child rapist and murderers. His plan is that even these guys are shocked. Give me the crime like the Boston Marathon bombings or if you just need the salted or abused as a child. I don’t think Americans would most Americans would want people like that too, in the Democratic Party, the reason not to let incarcerated people vote shouldn’t, have people most affected by unjust laws have some say in electing people to change them. So now we’re at the point where the Democratic party thinks the laws if the Boston Marathon bomber Behind Bars play some out, fails to understand that if those are truly unjust laws, it’s up to Congress to change them here to debate David bossie, former Trump Deputy campaign Manager and Fox News, contributor and attorney Alan or I’d love to get a Democrat and tell me, is what I just saw a Spain proposal for the Democrats running in 2020. So I think when you are talking about in Vermont May so they already have the place where these people can vote when they’re, even when they’re incarcerated, it’s differences cuz, this is outside of the mainstream. This is outside of Common Cent. Bernie Sanders wasn’t talking just about Vermont. He was talking about all people across the country that are incarcerated, so that would include Nicholas Cruz, the Parkland murderer, who murdered 16 kids in that school in Parkland Florida going to be able to vote. It is insane policy, but it is so good for Donald Trump to have to be able to run against that, because if the American people will reject it, 90 % of never work before court, many of them took bailout everyday, everyday and voting was not essentially a Part of their crying, so people can be alcoholic and still be good. Lawyers acted in a court of law. When you are in prison, you lose your right of assembly, you, you lose your first amendment rights. If you lose a lot of weight to lose your right to vote, what law abiding citizen get to do incarcerated, do not, and they not to be able to vote spring break Bernie Sanders, other 2020 Democrats push to give felons the right to vote; reaction and analysis from attorney Allen Orr and former Trump campaign deputy manager David Bossie.