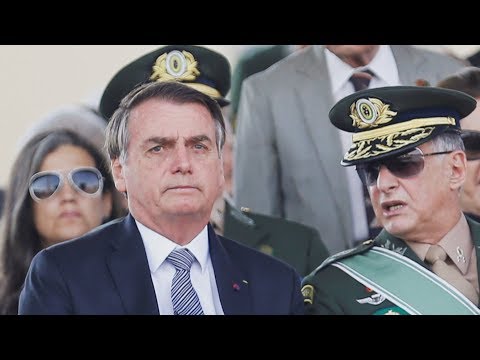 Brazil rejects G7 aid to fight Amazon wildfires Brazil rejects G7 aid to fight Amazon wildfiresThe natural disaster that is Raging in the Amazon rainforest is also wildfires. Brazil’S president is targeting with more Sharpe comments. Why on Earth would 26 million Canadian and a that would be made available immediately to help cover the cost of firefighting? Planes also agreed to give military support to help fight the fire. Now there are a bit of mixed messages coming from the Brazilian government, the environment except hi. In Portuguese saying, they cannot accept based on macrons attacks over the Amazon, and I think idea of an alliance with the G7 countries to save the Amazon, treats Brazil like a colony when it should be respected. Brazil’S sovereignty, Panera’s chief of staff at a staff, is spoken with Portuguese media as well sitting. In fact, the fires aren’t out of control and that maybe those resources are more relevant to reforest Europe and, more specifically, targeted macron, can’t even avoid a predictable fire in a church that is part of the world’s Heritage, and he wants to give us lessons for our Country, I was he talking about the fire at Notre Dame, but these fires are also burning and a number of other countries have including Bolivia, Peru, Paraguay, so the money is, Brazil will be offered to fight fires there, additional 15 million dollars and $ 0.02 Canadian water Bombers but said the political tension, hair is growing and the tensions are also seemingly increasing Renee between bolsonaro and other leaders. Very personal tension in the case of a manual a little bit more about bolsonaro is responding to their outside criticism that the appearance of macron’s Wife online, which the president responded saying it was extremely disrespectful and that it’s sad for him and sad for Brazilians. No France and Ireland have threatened to tear up a trade deal between the EU and the number of countries in South America, the biggest player being Brazil over the fires at Boston or doesn’t like the way he’s being painted here specifically about his policies in the Amazon And how deforestation could be the cause of these fire? So we’re now hearing reports that the Brazilian government has ordered its Diplo to go on the offensive to spread the message that fires in the region are normal and that things are under control thanks. So much is in London today, The Brazilian government appears to have rejected a multimillion-dollar aid package G7 countries have pledged to help fight a record number of fires in the Amazon rainforest. “We appreciate [the offers], but maybe those resources are more relevant to reforest Europe,” said Onyx Lorenzoni, chief of staff to President Jair Bolsonaro.