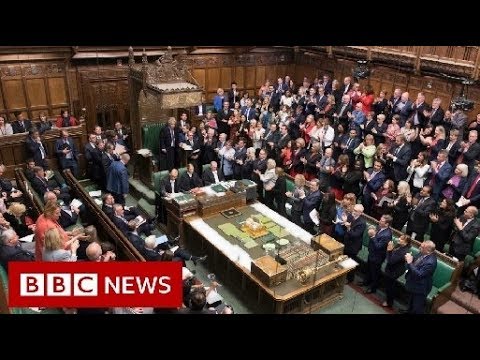 Huw Edwards presents live from Westminster as a new law has been passed that’s designed to prevent a no-deal Brexit. Later the Prime Minister is expected to fail in an attempt to call a general election, after opposition MPs refused to support him.

Boris Johnson visited Ireland today and said that leaving the EU without a deal would be a failure of statecraft. He was accused by the Irish Prime Minister of failing to come up with practical solutions to the so-called Irish backstop –the insurance policy to prevent a hard border. The BBC’s Political Editor Laura Kuenssberg rounds up the days events.

BBC News takes a close look at what the backstop is and, and what might come out of future negotiations, with Europe Editor Katya Adler.

And in a further twist this afternoon, the Speaker of the House of Commons John Bercow, a key figure in the parliamentary Brexit process, announced that he’d be standing down, at the end of next month. The BBC’s Deputy Political Editor John Pienaar looks at his political career.

Part of the BBC News at Ten’s Brexit coverage.